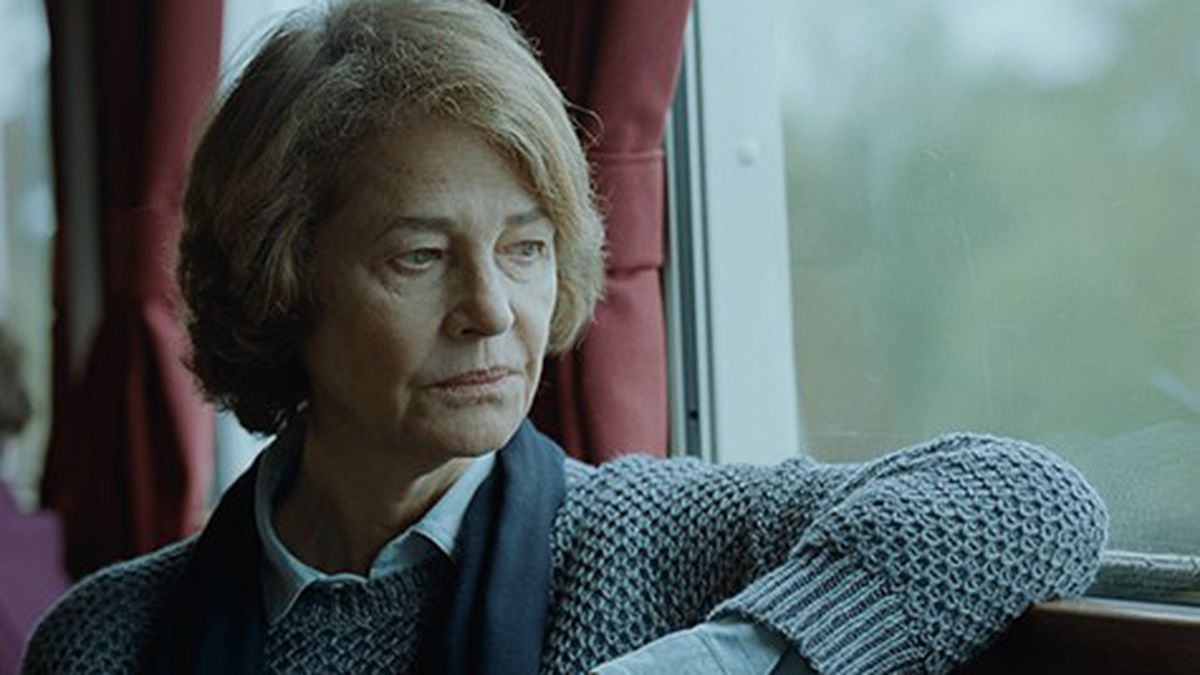 Charlotte Rampling has one of the film world’s finest withering glances, and she puts it to good use in 45 Years, in company with actor’s actor Tom Courtenay. Director Andrew Haigh’s subdued domestic character study — the latest in an ongoing wave of “mature dramas” aimed at moviegoing audiences of a certain age — is the story of a seemingly contented, childless, older married couple living a tidy retirement in the English countryside, and how that changes the day he receives a fateful communication.

The Mercers, Kate (Rampling) and Geoff (Courtenay), are preparing to celebrate their silver wedding anniversary when word comes that the body of Geoff’s former girlfriend, Katya, has been discovered in a Swiss glacier. Years earlier — 45 to be exact — Geoff and Katya, evidently a pair of adventurers eminently suited for each other, had been trekking in the Alps when Katya suddenly disappeared down a crevasse. Now, as described in the letter Geoff receives, Katya’s body has been found perfectly preserved in the ice, and funeral arrangements are being made in Switzerland.

Time immediately stands still for Geoff. It’s as if he enters an alternate state of reality, poised between the present and the past. Granted, Geoff already seems a little hazy on details in general, but this disturbing news plunges him even further into his own depths. “She’ll look like she did in 1962,” mutters Geoff to no one in particular. But Kate understands very clearly. In an instant, everything about their relationship is put into question.

Kate’s response is more controlled than Geoff’s, but more profound and infinitely darker. These are not the sort of people who murder each other in the heat of passion. Rather, the glacial ice creeps slowly over them, one tentative day at a time. The screenplay, adapted by Haigh from a short story by David Constantine, chills us to the bone, but that’s nothing compared to the expression on Kate’s face. And yet the anniversary party goes on as planned. Cheers to Rampling and Courtenay, and pass the poison, please. Long live romance.

Berkeley City Council Resorts to ‘Nuclear Option’ … In Library Board...