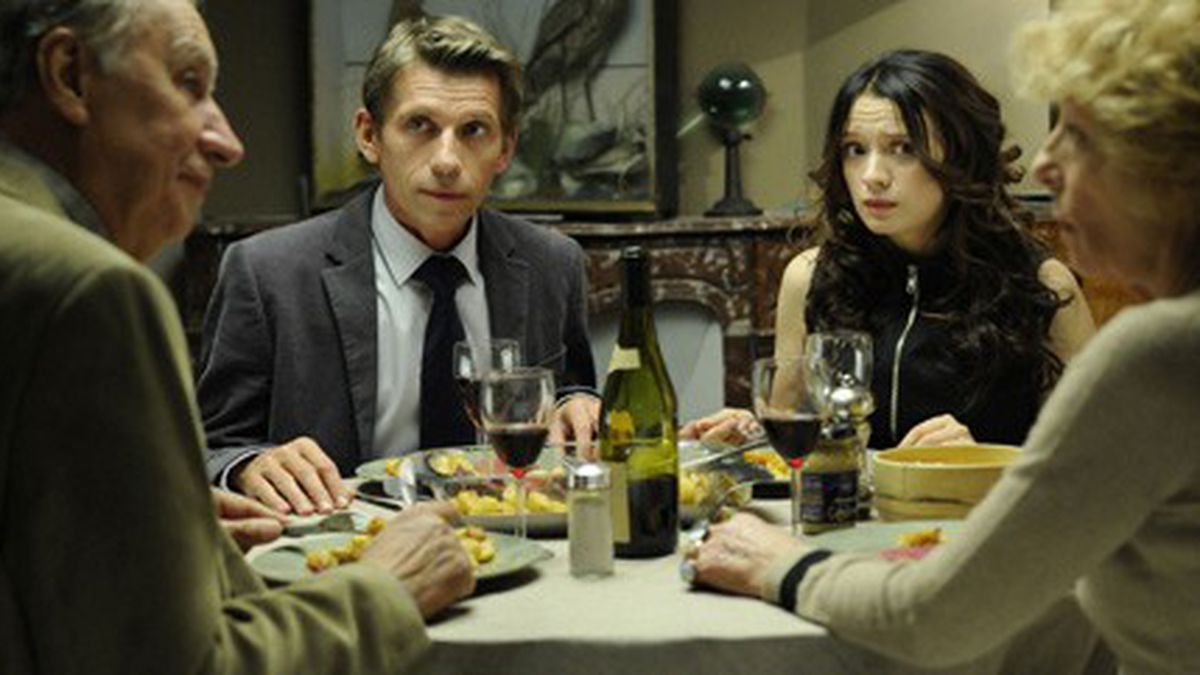 The Names of Love

The news is out that Woody Allen’s Midnight in Paris is his all-time biggest box-office hit. And now at least one French filmmaker, Michel Leclerc of The Names of Love (Le nom des gens), is claiming Allen’s influence. It’s easy to spot the Woodyisms in Leclerc’s extra-quirky romantic comedy, but let’s also give some credit to the engine that drives this light and zany French riff on a well-worn theme — actress Sara Forestier.

Mlle. Forestier plays half-Arab, half-French provocateuse Baya Benmahmoud as a walking bolt of lightning. When Baya bumps into mild-mannered government ornithologist Arthur Martin (Jacques Gamblin) it’s not a question of When Harry Met Sally — more like the storming of the Bastille, with the voluptuous Forestier as Delacroix’s bare-breasted La Liberté leading the charge.

Leclerc and Forestier take that iconic image one step further. In the movie’s most frantic scene, absent-minded political agitator Baya leaves befuddled boyfriend Arthur standing in a supermarket checkout line while she detours back to her apartment for a quick shower, then somehow in her haste forgets her clothes and promenades down the street stark naked. It’s impossible to picture any American movie actress doing full-frontal public nudity in a rom-com, but Forestier plays the quicksilver Baya so innocently that her brazen exhibition somehow seems uncalculated and harmless.

The Names of Love isn’t only about skin, however. Baya’s multi-culti background — Algerian immigrant father, former radical leftist mother — makes an unlikely fit with Arthur’s, as the son of a Jewish Holocaust survivor and an eccentric, conservative scientist, but she’s enchanted by his squareness. Their political frisson takes screwball comedy into unexplored territory. While smitten Steve Carell lookalike Arthur gamely tends to his threatened swans, Baya pursues her strategy of converting right-wingers by having sex with them until they see her way. Uh, of course.

Underneath all the fast-paced sex ‘n’ politics jokes is Leclerc and co-writer Baya Kasmi’s topical commentary on the changing notion of French identity. Baya — the character, based on Kasmi’s real-life story — is tired of people asking if her first name is Brazilian. She’s Algerian and proud. “You stir things up too much,” protests one character, but that’s really what Arthur loves about his “half-breed” girlfriend. We agree.

The Wolf of Wall Street