.The Miseducation of Hopie

As a young Filipina immigrant in San Francisco, Hopie found her calling spitting rhymes — and picked up a law degree along the way. 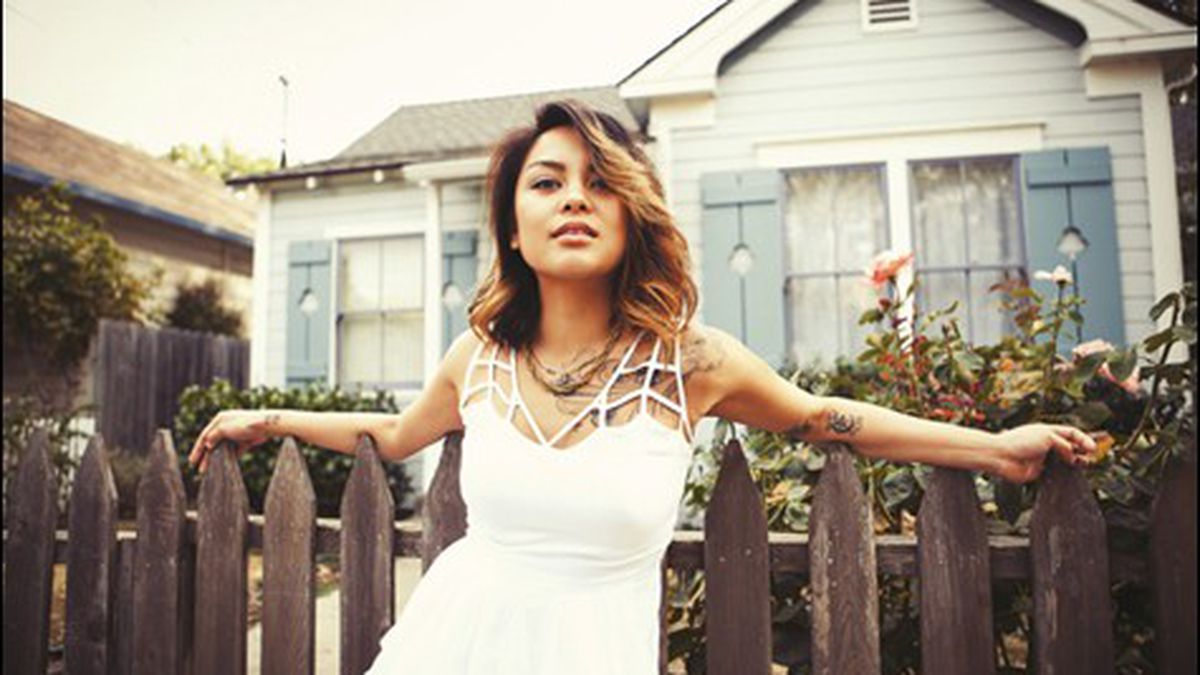 A week before San Francisco rapper Hopie took the California Bar Exam in February she tweeted, “I listen to ‘Keep Ya Head Up’ before I clock in to study. I like to think Pac woulda been a lawyer or political ambassador eventually.” To anyone vaguely aware of Tupac’s criminal record, this might sound counterintuitive, but the observation seems weighty coming from Hopie (née Kae Hope Ranoa), who might well be the only law school graduate in the Bay Area with a hip-hop career. And after releasing three albums during her three years at UC Hastings, Hopie discovered the impulse that drives her to make rap music and practice law stems from the same place.

It’s hard not to think of a rapper with a juris doctor as a total novelty — after all, mainstream hip-hop loves to mythologize the lawlessness of the streets. But Hopie has a different take: “I think hip-hop is inherently political,” she said.

Critics and fans have embraced Hopie’s playful, sample-savvy, and lyrically sharp albums. Em Dub, the founding editor of Bay Area hip-hop blog Thizzler on the Roof, said that while he at first doubted her, Hopie won him over with her EP Dulce Vita: “I gotta say she really does spit hard.” Months later, Hopie made Thizzler’s Bay Area 10 Freshmen Class of 2012 list — the only woman that year to do so. And now Hopie is getting ready to release her fourth album, Sugar Water, due out this spring.

Her hip-hop career aside, you’d think Hopie would be exhausted, emerging from the dark confines of finishing law school and studying for the bar exam. But when we met near her alma mater at a bar she used to frequent with professors and classmates, she seemed fairly zen, ordering a Bushmill’s on the rocks. “Yeahhh, girl!” she half-yelled, encouragingly, when I ordered a Guinness. Throughout the interview, Hopie eyed her phone, which was lighting up email notifications from work. “Sorry,” she said, sheepishly. “They don’t know what Friday is. (“They” meaning her mom; Hopie works as a legal assistant at her law firm). But something in her tone said she wasn’t really complaining.

Looking at Hopie’s history, it seems she was destined to become a rapper and a lawyer. Born in the Philippines, she moved to San Francisco at age three with her mother — a law professor and Mindanao rebel negotiator who had been attacked by the government amid the political turmoil of the demise of the Ferdinand Marcos regime. Assimilating to life in America was compounded by being poor and problems at home.

“My dad beat the shit out of my mom,” Hopie said, her voice steady. “I had a very violent childhood. I saw a lot of stuff as a kid that no child should ever fucking see.”

Music became her spiritual salve. Her mom wouldn’t let her listen to the radio, so Hopie snuck CDs by “golden age” hip-hop artists — Wu-Tang Clan, Outkast, The Beastie Boys, The Pharcyde, and seminal female artists like Lauryn Hill and Lisa ‘Left Eye’ Lopes — musicians whose influences bubble up in her songs today. She said she was a “strange philosophical kid” who spent a lot of time alone reading and writing raps to perform in the mirror.

Hopie put out her first record purely by chance. She had just started her first year at UC Hastings when Vallejo producer 6Fingers showed up to a tiny gig she was doing in San Jose and asked her to rap sixteen bars for a song he was producing. Not long after, he asked if she wanted to record a whole album. Desperately needing an escape from law school, Hopie accepted, and eight months later, Raw Gems came out. “It wasn’t a big deal. It was just like ‘Oh you like to rap? I like to produce,'” Hopie said about her relationship with 6Fingers, adding that she wanted to have something cool to show her kids someday (in addition to a law degree).

Writing music and releasing albums in the midst of rigorous coursework at one of the top-ranked law schools in the nation took some serious compartmentalizing. With her musician friends, Hopie said she felt like a “nerd.” With her law school buddies, she felt like she was “frontin.'” But the cognitive dissonance vanished when Hopie realized something huge: “The same thing that drove me to do law is the same thing that drove me to do music. I didn’t realize that at the time because I was so fixated on separating the two,” she said.

At least once a semester, Hopie said she seriously considered dropping out of law school as many of her friends did. No one else she knew at Hastings had come from a background like hers, and self-doubt nearly consumed her: “When you’re smart, you know that all you have to do is apply yourself 100 percent, and you’ll pass. But in law school, you can apply yourself 110 percent, and you possibly won’t pass.” Hopie compared the experience, with no irony, to the movie Legally Blonde. “It really is that competitive,” she added.

Ultimately, she said, one thought pushed her through law school: “How many people in my community can I not help, if I’m not a lawyer?” As a rapper, Hopie speaks for marginalized immigrants and women of color; as a lawyer, she wanted to protect those same people by working in criminal law, social justice, immigration law, and women and children’s rights.

The two worlds eventually collided during the bar exam when a man sitting next to her turned and asked, “Are you Hopie? I went to Hastings.” He recognized her from an NPR interview she did last year that Hastings had posted about on its Facebook page. “I felt so weird, I felt exposed,” Hopie recalled, shuddering. “But now I feel like I’m validated a little bit …. Well, maybe not validated, but less conflicted.” Hopie won’t get her exam results until May, but she’s not as worried as you might expect: “Statistically, I should prepare to fail.”

Until then, she’ll be busy preparing to release her new album and first without 6Fingers at the helm. Sugar Water will feature local producers including Chops, Woostaar, and Cutso of The Bangerz. If the three tracks that have already been released online — “Breathe,” Heartbeats,” and “Sunshine” — are any indication, Sugar Water is set to be Hopie’s best release yet. “It shows me growing up into more of a woman,” Hopie said. “It’s softer — and I’m not a publicly soft person.”

Even though she’s saddled with heaps of law school debt (“Six figures. Barf.”) and loses money making music, like almost all part-time musicians do — Hopie seems remarkably, well, hopeful about the future.

“I haven’t really thought into the future future, but hip-hop is getting older, and our hip-hop heroes are still rapping: Jay-Z, Nas,” Hopie said. She sipped her whiskey and shrugged. “I couldn’t stop in law school, so I don’t really think I can stop anymore.”