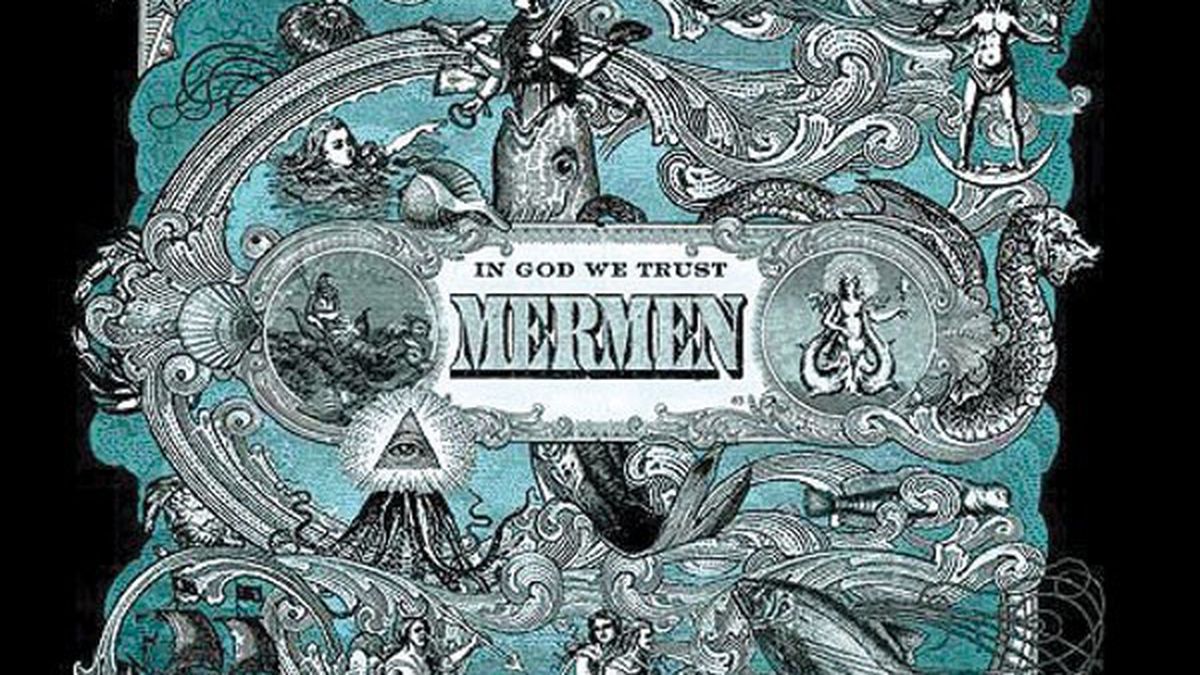 In God We Trust

After ten years, the Mermen finally return with a new album, and it was worth the wait.

There are so many different elements to be found on In God We Trust that it’s hard to separate them all out. The distinctively Arabic melodies on opening track “One Hundred Foot Lemon” are a pleasant surprise, woven seamlessly into the usual Mermen sound. ‘More Wood Less Head” starts out sounding like electronica, then gradually develops a country flavor, and by the middle it’s turned into something that sounds like an updated Ennio Morricone soundtrack. “Apo Calypso” has a similar vibe with a few more surf elements. “There Is A Door, It Opens, Then It Is Closed” is beautiful and uplifting for the first half, then turns dark and spooky in the middle, ending on a melancholic note.

As expected, the level of musicianship here is impressive — guitarist Jim Thomas has a gorgeous tone whether he’s focusing on classic surf guitar or going off on one of his many odd tangents.

The Mermen have always been weird (in a good way), and In God We Trust is no exception. They’ve added a few new elements (as they always do), but they still sound like themselves. Even with the presence of tracks that play on darker emotions, like “Righteous Punishment,” overall this is an unexpectedly soothing album. There are definite undertones of dissatisfaction (unsurprising, as the band has stated that this album’s themes were informed by current events — the title is the official motto of the United States) but they’re woven into such stunningly gorgeous music that it’s impossible not to feel uplifted. (EMA Music)