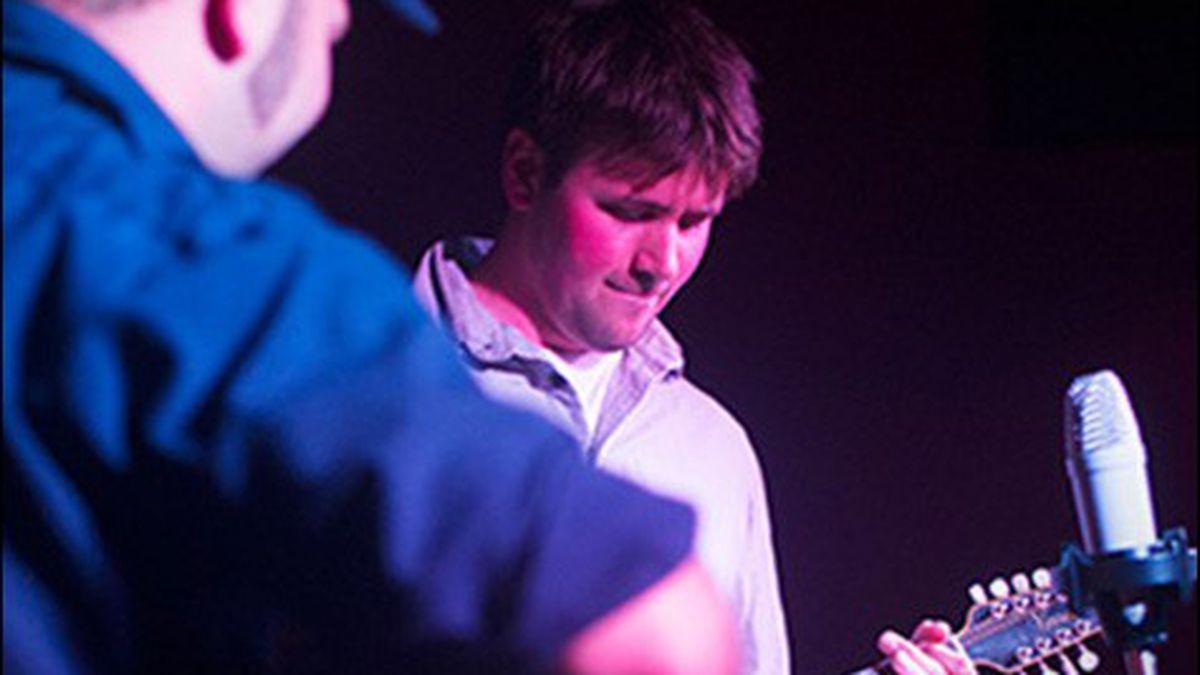 The East Bay is home to a growing number of intimate, residential performance spaces.

Ira Marlowe writes songs that tell stories. That means the singer-songwriter’s performances are most successful when audiences can hear his lyrics — which is why gigs at bars and cafes can be challenging. “At cafe gigs, even if people are quiet, you still got the espresso machine going, people walking in and out of the door,” said the longtime Bay Area musician. “It never feels like where you want to be.”

His desire for a quieter, more intimate venue was one of the reasons why he decided to start the Monkey House, a North Berkeley performance space that’s actually in the living room of his live/work space. For years, Marlowe had wanted to host shows, but, he said, “I knew it would not be financially feasible if I had to pay for a rental as well as an apartment.” So in February 2012, Marlowe moved into a new home, named it the Monkey House, and began booking artists. Today, he hosts events — a mix of acoustic music, comedy, storytelling, improv, magic shows, and more — mostly on weekends. The living room is equipped with a small stage, a sound system and stage lights, and enough folding chairs and couches to seat about a few dozen people. Behind the space is a green room, a small office area, a kitchen, and Marlowe’s bedroom.

The Monkey House is just one of a growing number of East Bay house concert venues that feature local and touring bands. Typically, these venues don’t sell tickets or alcohol — the usual requirements for a cabaret license in cities. Many, however, do take donations and have a relaxed BYOB policy. Most avoid promoting their events and instead rely on mailing lists they’ve cultivated over time. Often, they also have websites or Facebook pages that don’t reveal their addresses but have publicly viewable calendars. For shows at Monkey House, for example, people must send an email to reserve a seat, and only then are they given the address. Other venues have a more relaxed policy. As long as they avoid the ire from neighbors, the venues tend to fly under the radar. Marlowe said Monkey House doesn’t book loud shows and ends its performances early.

While underground venues in the East Bay are nothing new, these house concerts occupy a niche that’s distinct from the DIY warehouse scene. For starters, the house concerts are quieter — attracting performers and listeners who prefer the intimate setting of a living room to the boisterousness of a bar. “People who play here uniformly love it,” said Marlowe. “You can hear every word the singer is singing. … It’s just a comfortable space and the audience is respectful and listening.”

“Bar music is its own genre now,” said Joey Lent, a 69-year-old musician who, since 1993, has run a popular house concert space called Strings in his North Oakland home. “If house concerts didn’t exist, I don’t know where I would go to hear music I like. Thank goodness now there are house concerts all over.”

It’s hard to know just how many house concerts are currently operating in the Bay Area, but people with knowledge of these venues say there are a lot — and that the scene has grown substantially in recent years. “The SF Bay Area is the world capital of house concerts,” said Fran Snyder, founder of ConcertsInYourHome.com, a website that connects house concert hosts with artists. Snyder, who is based in Florida, said that Northern California appears to have the highest concentration of house concerts in the country — at least based on users of Concerts In Your Home. He said there are about forty Bay Area house concert venues currently active on his site — but that number likely represents a small fraction of the total. A Bay Area House Concerts Meetup group, which publicizes local shows, currently has nearly 1,200 members.

While many new licensed music venues have opened in the East Bay recently, demand for places to play — especially small performance spaces — remains high. “The musicians I know complain tremendously about the lack of good venues,” said Jimmy Pedersen, who operates Avonova out of his Rockridge living room. He said he has to turn down about 70 percent of the musicians who ask to play at the venue. “There’s a need on the part of the artistic community,” he said. “They need to make a living. They need exposure. And they need experience performing.” Pedersen said he only books artists that he is confident can bring a crowd — so that they generate at least modest revenue from the gig.

For audiences, house venues also offer a unique ambience. At Avonova, musicians perform in front of a massive window that looks out toward a beautiful garden, where guests can mingle in between sets. “Things happen in a living room that don’t happen at Yoshi’s or Duende,” said Pedersen. “People talk to the artists during the show … and at intermission, there’s no place for the artist to go, so it’s very intimate.”

Avonova has a mailing list of roughly 1,300 people, Pedersen said, and bands also bring their own crowds. Audiences come from all over the Bay Area. At a recent Avonova show of Johnny Harper and Carnival, a woman sitting next to me said she came from Sonoma County after hearing about the performance on the radio. She said venues like Avonova made her wish she lived in Oakland. The East Bay house concert venues I’ve been to all share qualities: They’re spacious, homey, and comfortable.

While house concerts are clearly alluring for musicians and fans, for operators, they can be a time-consuming, albeit rewarding, hobby. Often, they just barely break even or lose money. Snyder said house venues are most successful when they operate on a small scale, give touring artists an opportunity to interact with audience members, and pay performing musicians. “The idea … is to keep them from losing money, as well as helping them plant seeds in a new area where they don’t have an existing fan base.”

Husband and wife Eric and Cindy Canup, who host monthly house concerts in their Oakland hills home under the name SYLA (Support Your Local Artists) Presents, said they sometimes even allow traveling artists to stay overnight. “It’s all just a way of giving to the artists and promoting live music,” Cindy said. “And we get to throw a great party and meet some fun people.” Noise complaints have never been a problem, she added. “Most of our neighbors come, so that seems to help.”

Some operators of house venues say they’re a way to bring good music right to their doorstep: “I adore having great musicians in my own house,” said Anne Emerick, who runs the Wisteria Ways House Concert Series in her Rockridge house and backyard. “I’m sailing on a cloud for at least a week afterward.”

Beyond The Fourth Wall