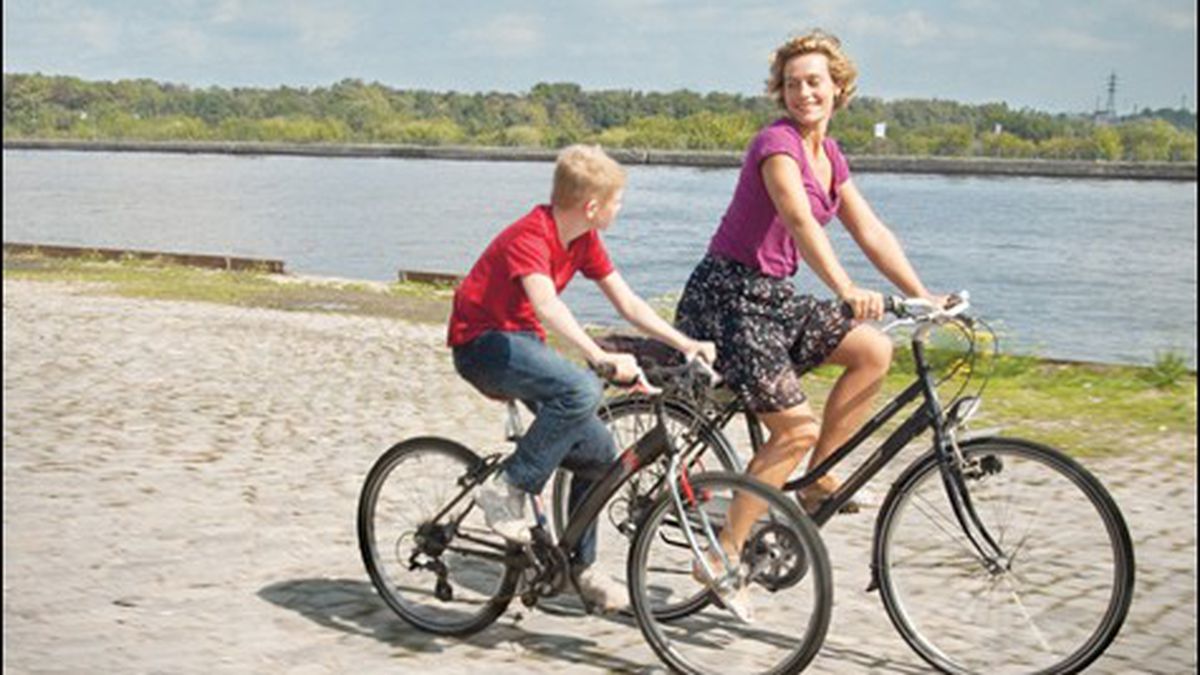 The Kid with a Bike

Jean-Pierre and Luc Dardenne’s The Kid with a Bike (Le gamin au vélo) received its Bay Area premiere last October at the San Francisco Film Society’s “French Cinema Now” mini-festival. At the time, the word was that the movie would be booked into local commercial theaters “soon.” Impressed with the Dardenne brothers’ latest outing, I put The Kid with a Bike on my 2011 Ten Best list. The film captured the Grand Prize of the Jury at the 2011 Cannes Film Festival and, closer to home, was nominated for a 2012 Golden Globe.

And now it’s finally opening — on March 23 at Landmark cinemas in Berkeley and San Francisco. That five-month gap, in which potential audiences had to sit and wait for one of the year’s finest movies to roll around to a theater, says something about the cultural marketplace that we already knew: Serious social dramas, especially ones in a foreign language with subtitles, generally don’t pay the rent, even in the relatively sophisticated Bay Area. In the case of the Dardennes’ film, which follows the checkered career of an unwanted teenage boy named Cyril Catoul, it’s almost as if the distributor and exhibitor are doing us a favor even handling it in the first place.

At this late date, the Dardennes have undoubtedly digested the bad news about their films’ lack of commerciality and have decided to keep on producing their idiosyncratic character studies anyway. We’re happy for that. The two brothers from Seraing, Belgium have been responsible for some of the most memorable character studies of the past twenty years, almost all of them portraits of the “left-outs” — accidental parents, illegal immigrants, juvenile delinquents — trying to make their way through life with the deck stacked against them. To their credit, the Dardennes portray their subjects with a minimum of sentimentality.

Cyril (portrayed indelibly by thirteen-year-old first-time actor Thomas Doret), a distressed anti-Tintin whose only friend is his bike, escapes from the youth shelter and sets out to find his wayward father, an irresponsible culinary worker named Guy (Jérémie Renier). Clattering through the streets alone and desperate, Cyril is a target for every group of predators he meets, but fortunately for him he attracts the attention of Samantha, a warm-hearted hairdresser (Cécile de France) who proves to be the boy’s guardian angel in spite of everything he has become in his short life.

You want to thrash Cyril, then hug him. But first and foremost he needs a good spanking, preferably with a large stick. He has that in common with the protagonists in such Dardenne films as The Son, Rosetta, and La Promesse. Their incorrigibility is a major part of their appeal, these runaways and sneak thieves. Otherwise, why would we care when suddenly, against all odds, they display that flash of conscience that shows us their basic humanity? We can see the doubt crossing Samantha’s mind as she mentally debates the advisability of allying herself with such a package of trouble. Actress de France, who portrayed a similarly sympathetic presence in the life of a lonely kid in Hereafter, manages to convince us she’s fully aware of the risk she’s taking.

Cyril’s dad Guy, who declares that caring for his son would be “too stressful,” is played by Dardenne regular Renier, whose character in L’enfant couldn’t cope with his unplanned-for new baby — the baby might as well have been Cyril. He’s a charter member of the Dardenne stock company, having debuted for them in La Promesse (1996) as, what else, another lost boy. The cyclical momentum is undoubtedly intentional. Nobody seems to care about the Dardennes’ urban street folks except us, the viewers, but we’re discouraged from congratulating ourselves by the filmmakers’ cold, matter-of-fact realism.

When young Cyril crashes into that last wall, we’re ready to accept him as he is — a wild child who nonetheless opens up to mother love like a drought-shrunk weed drinking in the rain. Acting kudos to de France, Renier, non-actor Egon Di Mateo as Wes the Fagin, and most of all to juvie craftsman Doret. The gorgeous piano music, Beethoven’s “Adagio un Poco Mosso,” helps put us in the proper frame of mind, but, of course, the story, the characters, the musical mood, and the blossom of hope are all the creation of Jean-Pierre and Luc Dardenne, humanists extraordinaire. They’re trying to tell us something.