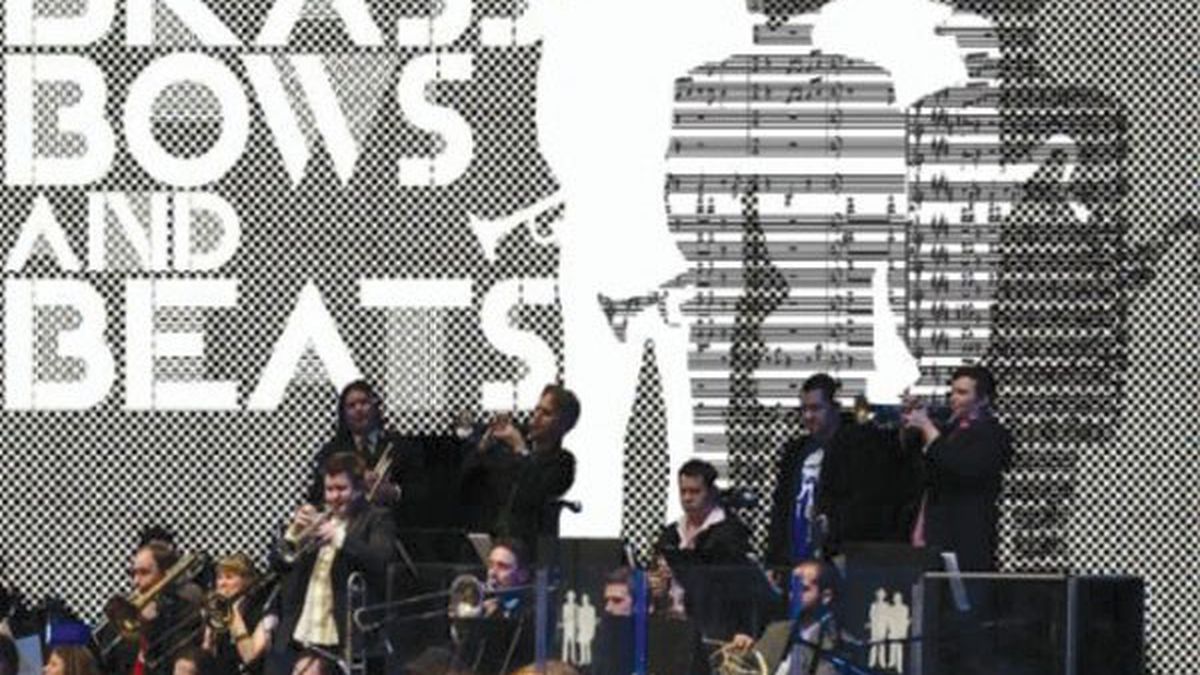 Judging from the Facebook frenzy that followed, Adam Theis‘ hip-hop symphony must have been explosive when it premiered last year at the Palace of Fine Arts Theatre. Not that it’s the first of its kind — dAKAH Symphonic Hip-Hop Orchestra has haunted Los Angeles for roughly twenty years — but it’s definitely a crowning achievement for local bandleader Theis, heretofore known for his loose coalition of funk-based jazz ensembles, The Jazz Mafia. Theis is a workaholic who occasionally gets spread thin, between all his moguling and side-manning duties. (He’s an accomplished trombonist.) The Brass, Bows, and Beats project forced him to hole away for several months, producing a score that mixed real brass and electronics into a sinuous whole.

In its totality, Brass, Bows, and Beats is pretty daunting. It comprises eight movements that apparently tells a story about San Francisco’s urban landscape (the lyrics serve to create atmosphere, and if there is a coherent plotline, I didn’t get it). Two evocative singers (Karyn Paige, Chris McGee, Rich Armstrong and Joe Bagale, who also did the arrangements) converge with two rappers (Seneca and Lyrics Born), and two spoken word poets (Dublin and Aima Paule), to put the icing on a score that owes more to Stevie Wonder than to big band composers of the past. The raps sound inessential, but the vocal parts are smooth and pliant and beautiful. (Check Bagale’s hook on “Sweet Memory” — if I were him, I’d release it as a single.) And the music is fantastically cool, with its mix of bluesy seventh chords, sexy flat nines, and breakneck string solos. “Sweet Memory Part 2” ends with a throbbing boom-boom-bap drumbeat that pulses exactly like old school hip-hop. (Jazz Mafia)

Dead, but Not Gone Yet