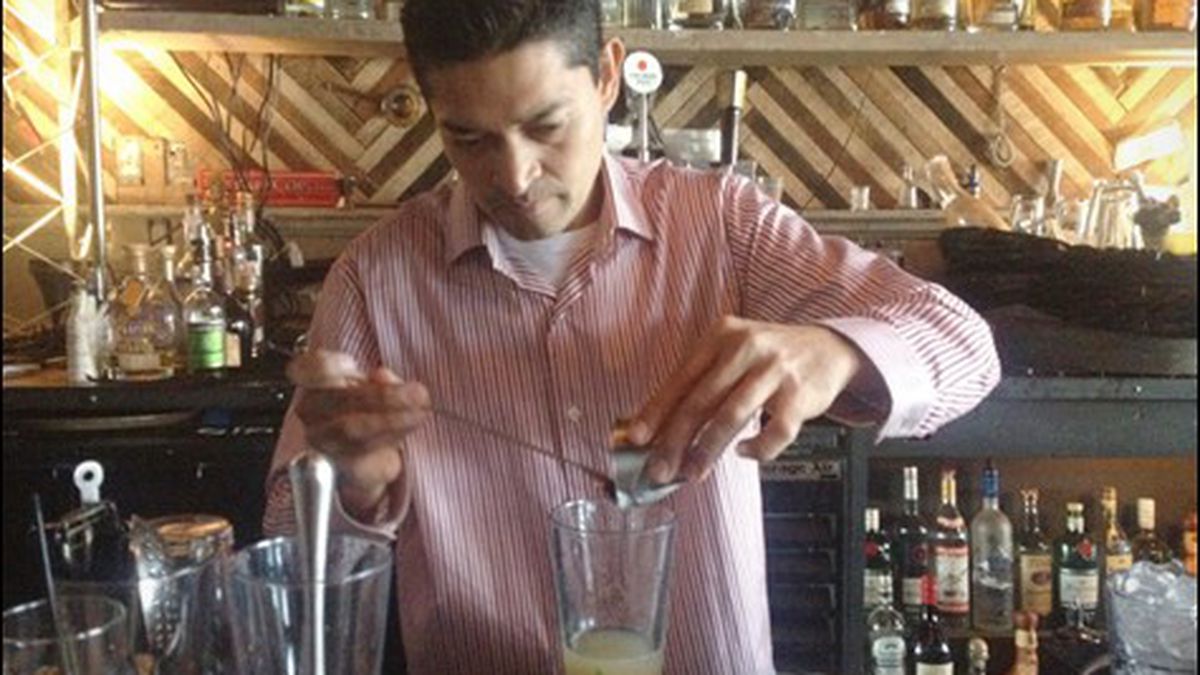 The Ivy Room is the newest bar in Albany. The Ivy Room is also the oldest bar in Albany, or at least one of ’em: New owner Tanya Colli can’t actually pinpoint the exact date the building first became a bar — when you go that far back, records grow sparse and unreliable — but she estimates it was sometime in the early Forties. (This would make the Ivy Room slightly younger than the Hotsy Totsy, founded in 1939, but it bears repeating that the place is so old the Chamber of Commerce can’t figure out how long it’s been around.) Before Tanya and her husband, Ronaldo, bought the place, their first bar, earlier this year and opened last month, it had lived many lives: Most recently, as Kingman’s Ivy Room, a loungey, DJy sort of place, and before that, from ’92 to ’06, the Ivy Room (hold the Kingman’s) a beloved everyman bar and small-but-seminal music venue run by one Dot MacBeath and, later, her son Bill. Before that, it was what Bill described in a 2006 San Francisco Bay Guardian piece as “a really scary old-man bar,” and before that, who knows. (“This place is almost like folklore,” said Tanya.)

Until last week I’d only ever been during the Kingman’s era, as an intermediate stop on a very messy New Year’s Eve San Pablo Avenue pub crawl two or three years ago; I remember lots of brown leather, a bizarrely expensive martini, a very loud DJ, and little else. The new Ivy, by contrast, is all reclaimed wood, old-timey-style artwork (purchased from Art.com and then hand-soaked in tea, Tanya told me), a compelling and fully usable shoeshine stand sitting against a back wall (manual laborer not included): Old repurposed as new and new designed to look old, in a very new, very old place. The lighting is made from mattress springs and salvaged rebar cages, ingeniously strung through with Christmas lights and hung from the ceiling; the hallway to the bathroom is papered with old copies of The New York Times, found at an estate sale; the shelves behind the bar were, not long ago, scaffolding. All together, it feels a bit like a Pinterest board brought to life, if that proposition were like fifty times more wonderful and less irritating than I just made it sound: Cute but not cutesy; well-thought-out but not, for the most part, overly so; whimsical but not, you know “whimsical!! :-).” There are no martinis on the menu, bizarrely overpriced or otherwise. This place is, perhaps unsurprisingly, pretty firmly rooted in the house-made-liqueurs-and-fresh-squeezed-juices school of cocktailery, though I’m sure if you asked, Ronaldo would gladly whip you one right up: Both he and Tanya make a point of promising absolutely zero nose-looking-down at anyone who just wants a vodka soda.

That said, though: Even if the Collis won’t look down their noses at you for ordering a vodka soda here, I probably would. La Rumorosa ($10) is composed of Don Julio reposado tequila with carrot and lemon juices, served tall with a ginger-pineapple foam spilling, unbelievably delicate and decadently messy, over the rim of the glass; it is very, very good. (Ronaldo told me he’s already got a small stable of people who come and drink this after the gym; questionable health logic of this aside, the drink is oddly wholesome-tasting — not too sweet, nicely vegetal, undeniably fresh.) The Mayan Decadence (Chinaco anejo, honey and anise liqueur, mole and chocolate bitters, also $10) manages the dessert-drink thing with remarkable deftness; this is one of those cocktails that feels sweet and creamy without actually being sweet and creamy, if that makes sense. The San Pancho (fernet, mint, agave-ginger syrup, lime juice, $7), meanwhile, is the only fernet-containing cocktail I’ve ever had that was actually drinkable, and pleasantly so; this, friends, is an achievement. Ronaldo is from the Yucatan and takes palpable, infectious delight in showing off all the obscure liqueurs and syrups he’s brought here from Mexico: the unpronounceable names, the ornate bottles, the protracted importing processes. He tastes every drink with a straw before sending it out and hand-makes his own bitters (if you ask nicely, he’ll let you taste ’em, splashing a tiny pour into a shot glass and waiting eagerly for your verdict, which will undoubtedly be positive). He’s a veteran of the competitive bartending scene, she of the advertising industry; they seem like pretty nice people. This New Year’s Eve, if you were to stop by The Ivy Room, you’d have him behind the bar, her managing the rest of the house; a rockabilly band where the DJs once were; a roomful of happy people; walls that are painted not brown but an unaccountably lovely Egyptian blue. Albany’s newest old bar (or, maybe, oldest new bar) is off to an auspicious start.