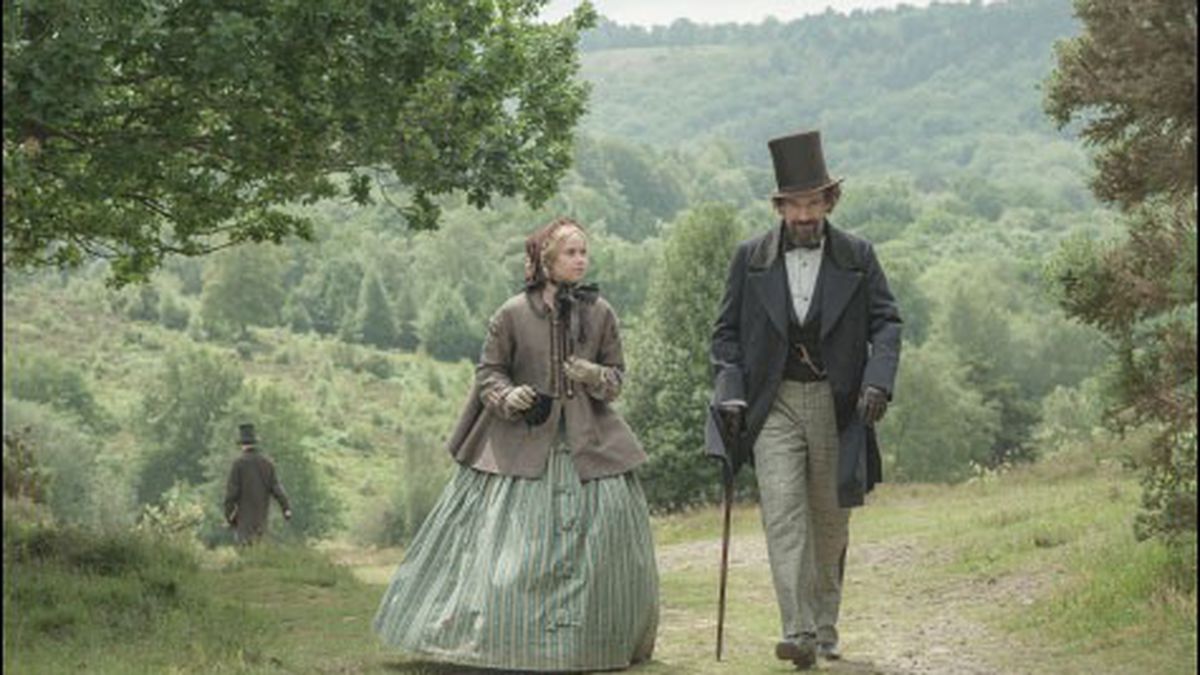 I was Charles Dickens' love thang.

How did renowned 19th-century novelist Charles Dickens fill in the time when he wasn’t writing some of the greatest works of English literature? By soiling the heart and spirit of a teenage girl. But don’t take our word for it. The whole sordid story is right there on screen in Ralph Fiennes’ The Invisible Woman, the chronicle of Dickens’ juvie mistress, Nelly Ternan.

Director/actor Fiennes’ gloomy, Masterpiece Theatre-style exposé, adapted by Abi Morgan (who co-wrote Shame with Steve McQueen) from a book by Claire Tomalin, makes us uneasy about the writer we thought we knew so well. Author/actor/magician/hypnotist/celebrity Dickens (Fiennes), father of ten, evidently enjoys frolicking with young ladies, especially one so dedicated to him as young Nelly (Felicity Jones from Like Crazy and Hysteria), youngest member of a traveling troupe of sibling actresses led by her mother (Kristin Scott Thomas).

The creator of Little Nell, Noah Claypole, Abel Magwitch, and Nancy (the pathetic girlfriend of Bill Sikes) gets an odd gleam in his eye when he learns that Nelly is one of his most devoted fans (“It changes us,” she murmurs, in describing his oeuvre). Soon the petite blond is stashed away in a country house and established as the great man’s live-in muse, a form of bondage from which she never recovers, even after the master’s death. In those Victorian times, the heyday of oratory and bedpans, mum’s the word on sexual playthings. Nelly, for her part, is no carefree “other woman” but a jealous, possessive mistress. Dickens divorces his obese, docile wife, but Nelly wants more. She is his Estella, and he must be her Sydney Carton.

For the faces, the voices, and the period bric-a-brac, if not the forced feminism, The Invisible Woman is a welcome antidote to the 21st century. But it grows sillier by the minute. Bodices are ripped, discreetly. There is a lusty vicar. Every time Nelly’s thoughts turn to her wasted youth and she grows perturbed, she can be seen stomping along the beach in her black widow’s weeds, seething. Dickens is quoted: “A wonderful fact to reflect upon, that every human creature is constituted to be that profound secret and mystery to every other.” Extend that proposition to actors-turned-filmmakers and you’ve got yourself a deal, Chuck.