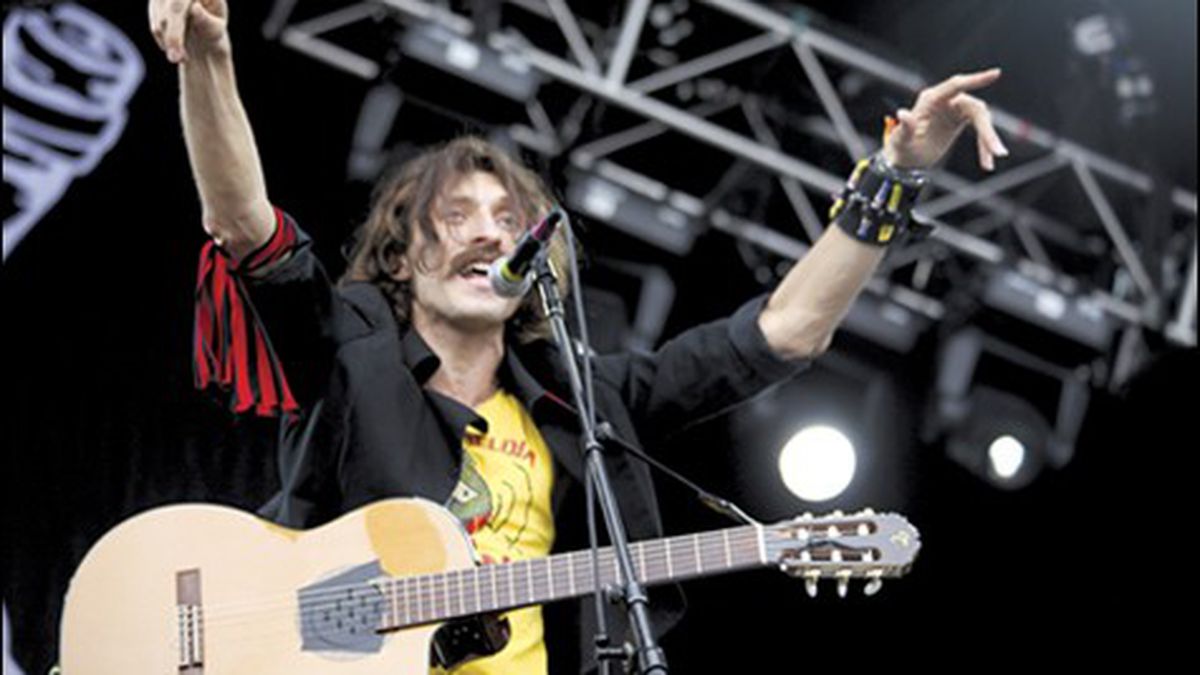 The Inside Scoop on Outside Lands

Sore everything. That’s what you should be feeling if you truly made the most of last weekend’s Outside Lands Festival in Golden Gate Park. Sore quads from running from one end of the park to another to catch all the best acts in the lineup. Sore arms from raising the roof at all the great shows you saw and pushing your way through the crowds to get up front. Sore eardrums from standing so close to the speakers that the bass actually began loosening teeth.

Attendees may be physically sore, but the performances featured at this year’s festival left nothing to be emotionally sore about. Critics slammed the Outside Lands lineup this year for lacking bigger-name bands, and rumors began to brew about whether the incredibly shrinking festival — down from three days to two, and also physically smaller in size this year with one fewer stage — was on its way out.

But although this year’s headliners may have been less prominent than in years past, smiling fans didn’t appear to have a lesser time of it.

Also, the upshot to putting less emphasis on the headliners: Shedding more of a spotlight on Gogol Bordello, Devil Makes Three, Janelle Monae, My Morning Jacket, Edward Sharpe and the Magnetic Zeroes — all left-of-center acts that absolutely proved this weekend they deserve our full attention.

Saturday was foggier but brighter, tie-dye-wise, than Sunday. It’s difficult to say whether Deadheads outnumbered fans of The Strokes, but there definitely appeared to be a division between the two crowds that only became all too clear when the two bands played simultaneously on different stages, splitting attendance to different sides of the park.

While Phil Lesh and company proved that Dead spinoff Further can still jam hard enough to provoke their fans to try and hotbox one entire end of the park, at the other end, Strokes frontman Julian Casablancas punched out a lively set while contemplating the “crazy forest-y business” of the surrounding park foliage with his own sea of fans.

“It’s like Last of the Mo’s,” Casablancas said (which he then clarified as Last of the Mohicans, which he then clarified as “kind of a dude movie”). For the most part though, Casablancas kept the small talk brief and gave the eager crowd what it wanted: music, mostly from the album Is This It, capped with the hit song “Last Night.” When Casablancas asked midway through the set if everyone was ready to check out some Grateful Dead, there were more “boos” in the crowd than cheers.

But there was at least some common ground among Saturday’s crowd, if not proven only by the giddy thrill that went through every rock-lover in earshot at hearing members of the Grateful Dead play a cover of Pink Floyd‘s, “Time.” Worlds also collided during the drizzly daylight hours when music fans — some wrapped in blankets and others relying on their fluorescent fuzzy animal hats for heat — huddled together and enjoyed the eclectic lineup. Despite the odd blown fuse (Bassnectar) and occasionally getting pegged in the head with a giant blowup ball, everyone remained sanguine.

The sun poked out and briefly fed some giant solar panels flanking the smallest stage, while Southern California-based Dawes warmed up the first smattering of the weekend’s crowds. Dawes’ simple mix of Crosby, Stills & Nash-like vocal harmonies backed by steady, rolling drums had plenty of heads bobbing, and if the number of people humming “When My Time Comes” long after Dawes left the stage is any indication, the band is bound to rise beyond the opening act phase soon.

There were plenty of other notable acts throughout the day — including a predictably outstanding set from the New Orleans-based funkadelic Rebirth Brass Band, and another from folk-master Langhorne Slim — but with Gogol Bordello on the bill, there’s really no contest for which band came away with the day’s most memorable performance.

With Ukraine-born Eugene Hütz at the helm, poised at center stage wielding his acoustic guitar as a pirate captain would his sword, members of Gogol Bordello hurled themselves around for an exhausting hour. By the end of their set, Hütz may have been half-naked and doused in a shower of red wine, but he looked like he could have kept going for another few hours.

Bordello’s mix of punk, gypsy, and cabaret combined with frantic, onstage antics are all part of a wake-up call, according to its web site, meant to provoke audiences out of the “post-modern aesthetic swamp” and into a “neo-optimistic community movement towards new sources of authentic energy.” Barring all that, it at least got us off our butts, pumping fists in the air.

Sunday’s most memorable show was more difficult to pinpoint. But it was clear that the lineup was universally more popular, as was evidenced by the crowds that poured into the park — at least double from the previous day, at a glance — by late afternoon.

Lines went from nonexistent to ridiculous, bottlenecks between stages became more difficult to navigate and stages more difficult to approach. Anyone who didn’t camp out at the front of the stage to see Edward Sharpe and the Magnetic Zeroes or Nas and Damien Marley was forced to enjoy show from tip-toe, over a football field-size sea of waving arms and nodding heads.

More importantly, the sun came out.

And even more importantly, Al Green played. Under a mat of blue sky, the soul legend stepped on stage with a bouquet of red roses, which he proceeded to hand out to ladies in the front row while simultaneously pulling off some of the most slick dance moves of the entire weekend. It would have been hard for Green to go wrong with the list of classics under his belt, but Green also proved he’s still got the mojo to rile a crowd.

That being said, Phoenix, led by frontman Thomas Mars, was one of the only performers brave enough to break the band/audience barrier. Mars actually hopped off the stage midway through the set and dove into the arms of awaiting fans. That may have been unnecessary, considering his band could have sat on the stage cross-legged and silent, and the crowd still probably would have gone crazy. But the gesture deserves some recognition.

As the sun set and a thick swell of fog began rolling into the park, only the hardy festival goers remained to see Sunday’s headliners, Nashville-based Kings of Leon. And there must have been plenty of hardy to go around, because the number of fans in the Kings crowd was at least comparable to the Pearl Jam crowd last year. What the Kings lack in banter they make up for in talent, proving to the crowd that perhaps some of their diva reputation (see Google: “pigeons + Kings of Leon”) can be forgiven for their musical ability.

Random Observations From The East Bay Express Twitter Feed: A passel of witty quips from our correspondants in the field.

Golden Gate Park has officially been over run by Dead Heads … correction, no breaking news there. All come to see Furthur.

Gogol Bordello shops at the same store as Manu Chao.

Separated at birth? The frontmen from Gogol Bordello and Edward Sharpe. They both have the same chest hair.

Wolfmother makes one ponder the question: Has rock run out of ideas?

The Strokes also beg the question: Is rock out of ideas? But in their case, it doesn’t fucking matter one bit.

All the white kids with dreads want directions to Haight. Party on the street tonight.

Another dispatch from the bus: someone has now busted out a btl of Hennessy; another’s trying to start an Al Green singalong

At the Twin Peaks stage listening to SoCal’s The Soft Packs… Did I just listen to the same song 4 times in a row?

We have red smoke and opera music at the Kings of Leon stage — oh the drama.

Tons of girls pissing in bushes behind toilets. Tons of bros soaking up slightly stoopid.

Outside Lands on the Bart ride home: drunk dude growls ‘i could eat you’ to no one in particular.