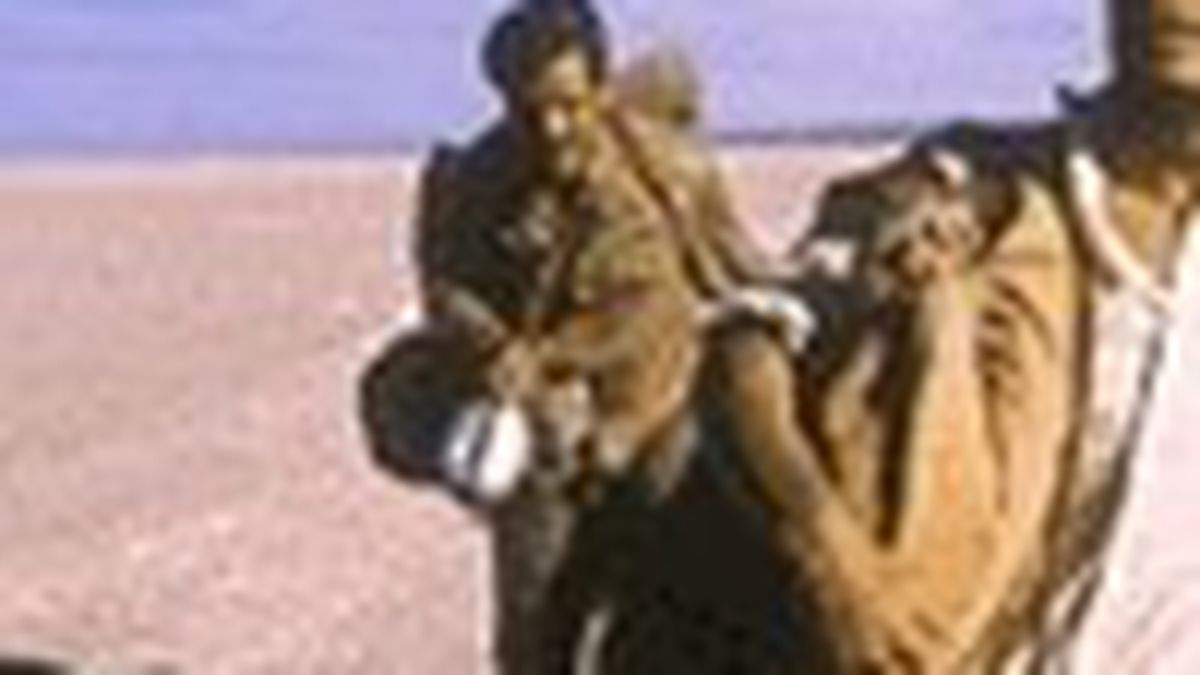 The Importance of Being Ernesto

Revolutionary idolatry is an odd business. Just ask unruly pop singer Stew, of the unruly pop group the Negro Problem. On his Naked Dutch Painter album, the melodic rebel dares to challenge a very sacred image. “Don’t you wish there was, like, another picture of Ché Guevara?” he inquires. “Like, one of him, like, at a birthday party with a bunch of nine-year-olds, with milk coming out of his nose ’cause he just laughed at a joke that somebody told.”

Rehumanizing the icon and eternal T-shirt emblem isn’t quite taken to this extreme in The Motorcycle Diaries, but we do get a fine chance to contemplate Ernesto Guevara de la Serna as the awkward but impassioned young man who would soon become El Ché. It’s a noble and satisfying effort, and a fine film. Based on Guevara’s memoir Diarios de Motocicleta: Notas de Viaje as well as his friend Alberto Granado’s Con el Ché por America Latina, the project delivers as both biography and road movie, and proves itself a deceptively humble epic, an illuminating part of the Ché legacy.

Spanning much of 1952 and hundreds upon hundreds of kilometers across South America, this chapter of Guevara’s storied existence concerns his misadventures at age 23, the year before he earned his medical degree and several years before his guerrilla philosophies would transform the lives of millions and lead him to his execution and martyrdom. The movie starts out frothy, with Guevara (Mexican star Gael García Bernal, Y Tu Mamá También) and Granado (Argentinean star Rodrigo de la Serna) almost playing Latino Tom and Huck, albeit astride Grenado’s roaring 1939 Norton 500, which they affectionately nickname La Poderosa, or “The Mighty One.” Setting off from their upper-middle-class origins in Buenos Aires (where precocious Guevara studied Marx and Freud), they cruise, wipe out, struggle through a blizzard, and crash into cows until the motorcycle ceases to be their focal point and the road transforms them. Their friendship flourishes, along with their vastly expanded perceptions of their whole continent and its people.

Basically, screenwriter José Rivera renders this portrait in three parts, starting with footloose high-jinks, shifting into social awareness and compassion, then culminating in the realization of Guevara’s inherent inspirational and healing qualities. Director Walter Salles (Behind the Sun) stamps each scene with images exotic and indelible. This is no mere TV biopic; via unforgettable landscapes and scenarios and, particularly, richly emotive faces, Salles imparts the frank, indigenous poetry of Argentina, Chile, and Peru, roaming from the Andes to the Amazon. In a little more than two hours, you’ll feel the intricately connected souls of these places.

While the structure is hardly tight, there’s a gravity to these proceedings that keeps the consciousness from wandering. First, perhaps, it involves Guevara’s dedication to his hometown novia, Chichina (Mía Maestro), attended by Granado’s lewd comments theretoward. (Indeed, throughout, the elder Granado becomes the refreshing sinner to Guevara’s saint.) As the bike and the story roll along, the segments captivate, whether the rogues are scamming for food and shelter, arousing provincial women (to their peril), or encountering remnants of indigenous cultures. A stunning contrast between gorgeous Machu Picchu and dehumanized Líma nicely matches a little native boy (whom Guevara, in a letter to his mother, somewhat pretentiously calls “an old soul”) who wittily notes that his people are Incas and the meddling Conquistadors were “Inca-pables.”

Supporting characters ranging from a pair of remarkably generous Chilean sisters (Constanza B. Majluf, Evelyn Ibarra) to a saucy Peruvian riverboat chippie (Jackelyn Vásquez) to a struggling leper girl (Antonella Costa) are beautifully cast, and the various Indians, Communists, professors, musicians, doctors, and a whole leper colony could fill this page. All the greater challenge for Bernal to stand out as charismatic Guevara, which he chooses to do by underplaying the role. Despite burgeoning revolutionary passions and a really nasty asthma attack, his reverence for withdrawn Guevara proves a bit staid, so it’s really helpful to have de la Serna’s lusty Granado around. The scene in which the latter learns of horny indigenous people screwing river dolphins provides plenty of local color.

Not presuming to deliver the definitive Ché Guevara story, The Motorcycle Diaries provides a smart, insightful prologue to the career of the man who continues to inspire countless people around the world (including the real Granado, still based in Cuba, who endorses this film and appears in it). And technically it’s all top-notch, from the gorgeous cinematography (by Eric Gautier) to the smashing, daringly anachronistic score (by Gustavo Santaolalla) to the charming dance sequences (good luck getting “El Chipi Chipi” out of your head). If that one omnipresent image of Ché threatens to eclipse the actual man behind it, this warm, welcoming film provides much material to understand the life that formed the icon.