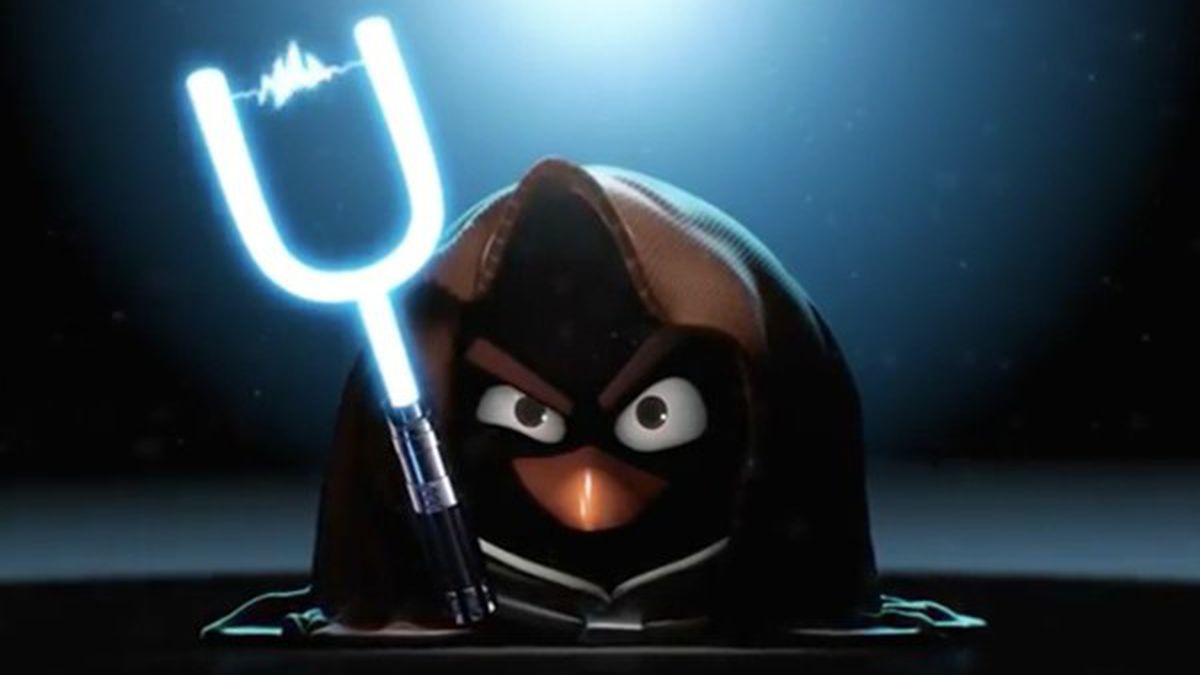 ‘The Hobbit’ Is Not Enough

From the massively multiplayer Riders of Rohan to Angry Birds Star Wars, the best games this holiday lie beyond the shooter genre.

By all means, go out and buy Halo 4 and Call of Duty: Black Ops 2 this holiday season. They’re competent, capable updates to blockbuster shooting franchises and they’re bound to satisfy millions. We’re at the end of the Xbox 360 and Playstation 3 hardware cycle, so programmers are maximally exploiting system resources for photorealistic HD graphics and addictive online multiplayer games. Traditional shooters aside, 2012 was an inspiring year for video game innovation. Hybrid genres like action role-playing blossomed, and we saw the comeback of turn-based tactical strategy and even point-and-click-adventure games. They represent some of the best, most creative works of the year. Here are some buying tips.

The Lord of the Rings Online: Riders of Rohan. For: Microsoft Windows via Steam; Rating: T for Ten; $49.99.

Watching The Hobbit is not enough. Massively multiplayer online role-playing game The Lords of the Rings Online adds mounted combat and six new regions in the fourth expansion, Riders of Rohan, out now for PC through digital distributor Steam. The Lord of the Rings Online MMORPG has been dishing out orcs and elves for five years now, and Riders of Rohan is considered both the strongest addition to the MMORPG canon and a great place for newbies to join the Fellowship. Like most MMORPGs, you pick a class and build up your character through quests, only these ones are set in the enchanted, heavily copyrighted world of Middle-earth. When you get bored questing and looting after a few months, chill out and farm with the Hobbits, or play as a monster and do the dirty work of Sauron. Mwahaha.

Choosing emotion over action, point-and-click adventure game The Walking Dead forces players into unsettling moral quandaries amid a global zombie apocalypse. A worthy adaption of the haunting hit comic book by Berkeley’s Image Comics and the cable TV show of the same name, The Walking Dead uses a third-person perspective in which players examine items, interact with characters, and use inventory to try and get out of sticky situations without dying. Do you help the dude with his leg caught in a bear trap, or leave him for the zombies? Moral decisions have severe immediate and long-term consequences. The game unfolds over the course of five episodes released digitally one by one, but now available as a bundle on disc. Point-and-click adventure games — let alone episodic ones — were thought to be extinct, but The Walking Dead reanimates the genre to disturbing, riveting effect.

Action puzzle game empire Angry Birds continues its domination of mobile devices with Angry Birds Star Wars, one of the less-annoying merchandising choices by LucasArts. Gamemaker Rovio takes the whole fling-the-birds-at-the-pigs setup and nerd it way out for A Galaxy Far, Far Away. That means maps like Tatooine and the Death Star-turned-“Pig Star.” Angry Birds Star Wars bristles with laser turrets, lightsabers, and blasters, plus Jedi powers and the dark side of the Force, unlockable R2-D2 and C-3PO bonus levels, and Tusken Raider pigs. Let’s face it: This sounds way better than a Disney Star Wars VII.

Shoot and loot your way through this addictive, rewarding, smartly written role-playing space Western. Borderlands 2 is what happens when a talented studio — in this case Gearbox Software — gets the budget to go all-out on an idea it’s already perfected — in this case, on the original Borderlands. Play as one of four classes of treasure hunter on the planet Pandora. You’re searching for an ancient, alien vault of untold power. A dictatorial CEO, Handsome Jack, fights your team every step of the way. Like any good role-playing game, the journey is really the destination, and it’s an utter blast with three friends online. Vast, deep, endlessly replayable, it never takes itself too seriously. Rated “Mature” for intense violence, mature humor, strong language, blood, and gore.

Action-oriented by nature, basketball and hockey best translate to interactive video gameplay, and the NBA 2K series continues to reign supreme in the hoops world with NBA 2K13. Dribbling becomes more intuitive and realistic in this edition. Players on Xbox 360 and Playstation 3 use the right thumbstick as a DribbleStick, a poorly explained but devastatingly effective mechanism once you get the hang of it and combine it with an all-star’s special moves. Unlock twenty classical teams, including a celebrity team with the likes of Justin Bieber, Bow Wow, and Wale. Or play the role of manager in MyTeam mode and compete against other players online. Jay-Z handles the music, of course.

A very strange creature in the world of twitchy shooters like Halo, XCOM: Enemy Unknown is a turn-based, tactical role-playing strategy game played alone or as an online multiplayer. It’s set in the near future and puts the player in control of an elite “extraterrestrial combat unit” that must defend the Earth from an alien invasion through a series of missions. The strategy component has you managing time, money, and resources to better outfit your troops in the field. The turn-based ground combat is intense, addictive, and nearly impossible for some to beat. An update should make “easy” mode easier. It’s a worthy successor to the original 1994 XCOM: UFO Defense — considered to be one of the best video games of all time.

Never have cars looked so gorgeous before you crash ’em. It’s you versus your friends, artificial drivers, and the police in this nineteenth installment of the Need for Speed driving franchise. In Most Wanted, the rules of open-world racing call for a starting point and a finish line, but how you traverse the distance is up to you, so feel free to plow through billboards and fences on the way to glory. Not as unrealistic as Burnout, Need for Speed‘s wide selection of real-world vehicles and exotics handle like they carry weight and are subject to inertia. The online multiplayer is more fun than the single-player mode. Most Wanted also uses CloudCompete to sync your racer profile across multiple platforms, so you can rank up at home then take your character to go on iOS.