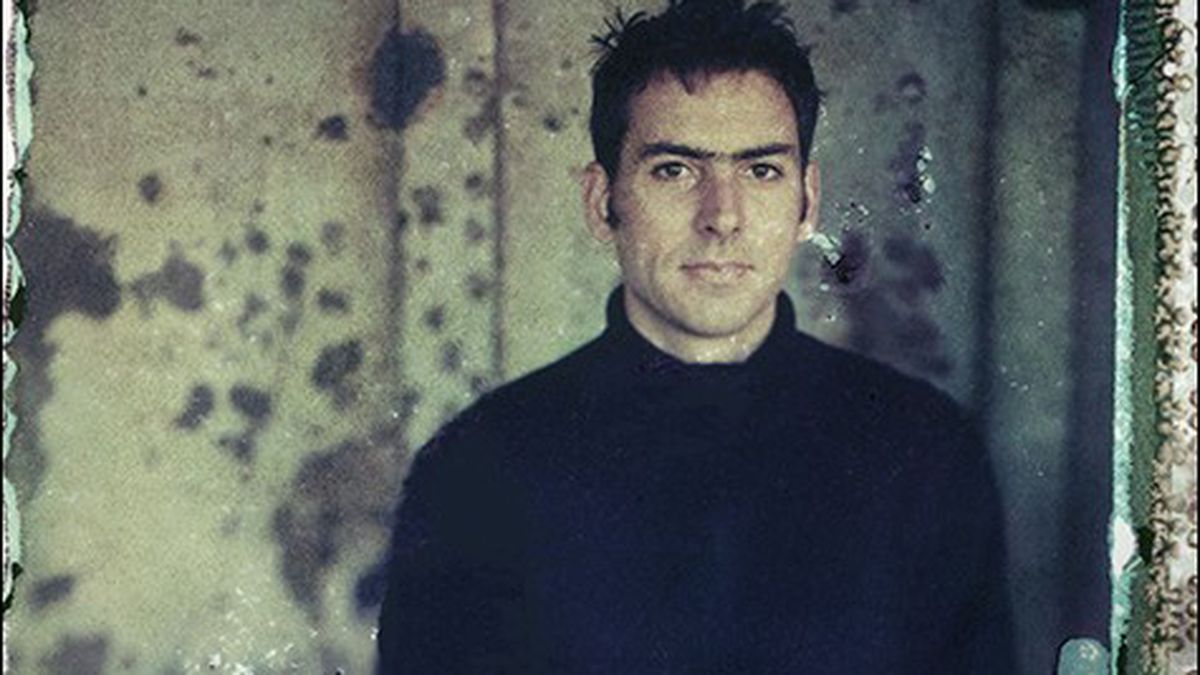 The High Cost of Free

A new documentary takes a hard look at how the digital age has eroded the value of music and the ability of musicians to make a living.

Over the years, San Francisco music producer, engineer, mixer, and musician Mikael Eldridge, better known as Count, has had similar conversations with the musicians he’s worked with in his studio. It’s a topic that threatens their livelihoods, yet few have talked about it publicly, because those who have have been criticized and ostracized by the fans they rely on to make a living. What is the issue that has roiled fans and silenced musicians for years?

In essence, it’s the eroding ability of musicians to make money in the digital age — an age in which consumers expect content to be free and plentiful, and illegal downloading and streaming sites have caused the value of artistic expression to plummet. But Count hopes to change all this — or at least start a critical dialogue about the issue. His new documentary, Unsound, looks at how this trend has impacted five bands and musicians: David Lowery of the bands Cracker and Camper Van Beethoven, cellist Zoe Keating, the hip-hop outfit Jurassic 5, ambient artist Tycho, and the DJ Diplo. It also includes interviews with many other musicians (such as Brett Gurewitz of Bad Religion and Vernon Reid of Living Colour), journalists, and industry experts about the scope of the problem in attempt to debunk myths about the music business and the belief that if the status quo continues, “magically somehow … it’s gonna work out,” Count said. “We have to change that narrative.”

Unsound, which is currently in the midst of an Indiegogo campaign to raise $52,000 to finish an edit of the film, marks Count’s first foray into the documentary format — an endeavor that required him to take a two-year break from his music career. In a phone interview, Count said he was “the last person in the world” who he thought would take an activist stance on an issue, but this was something he couldn’t ignore.

“Thirteen years since the Internet Revolution, I watched all of the artists around me make less and less while their popularity increased,” he said. “I saw how unfair that was. I saw how afraid people were to speak out. How could it be as artists — who are the most vocal during times of injustice — how are they so afraid that they weren’t writing about this? I thought that was a little shocking. This is a very compelling story.”

Granted, the story of how the Internet has decimated record sales is nothing new. It began with the arrival of Napster in 1999, which marked a revolutionary new way of sharing and discovering music, but also divided musicians and fans over the merits of doing so freely. The issue was framed as one that was a battle between forward-thinking, fans-first musicians like Chuck D of Public Enemy and the rich and greedy record industry and bands like Metallica, which sued the peer-to-peer file-sharing service. Although major labels won their lawsuit, which required Napster to take down copyright-infringing material and resulted in the company’s eventual demise, they arguably lost in the court of popular opinion. Public sentiment was aptly captured in the animation “Napster Bad,” which portrayed Metallica drummer Lars Ulrich as a snotty ingrate surrounded by sacks of cash, hell-bent on sending his young Napster-using fans to prison.

Granted, Ulrich is not the most likable person in the world. But, looking back, Count said the demonized Ulrich actually appears quite sensible. “I watched an episode of Charlie Rose of him and Chuck D — I was shocked to see how reasonable and correct Lars Ulrich was,” he said. “We now realize that he was right about all of this.”

Unfortunately, according to Count, the conversation didn’t evolve much after Napster died. “It was a big story: There was a real story for people to get in-depth, but it didn’t happen,” he said. “It turned into a sensationalized, typical media event.” In the following years, most artists avoided the topic. But recently, that’s changed.

Not long after Count began filming Unsound, he noticed other musicians began speaking up about the issue — most notably, Lowery, on his blog The Trichordist. In a post titled “Meet the New Boss, Worse Than the Old Boss?” (which was also the subject of his presentation at the SF MusicTech Summit), Lowery essentially argued that “the promise of the Internet to liberate, empower and even enrich artists” never really “panned out.” Count decided he needed to interview Lowery for his film, and shortly thereafter, he and other artists (who are choosing to remain anonymous for now) decided to form an organization, The Content Creators Coalition, as a way to mobilize artists and give them a collective voice on issues that affect them.

Count hopes that, eventually, the concept of Fair Trade will extend to music. “The only way for that to happen is for fans to understand,” he said. “That’s why I made the documentary.”

However, that’s likely to be an uphill battle. Comments on Unsound‘s trailer on Vimeo show just how many fans view this discussion: as a whine-fest from musicians who are narrow-minded and “too high up in the clouds and don’t wanna be real,” as one put it. Lowery has also been the target of criticism. “Trichordist” now has an entry in UrbanDictionary.com that reads, “a creative professional (esp. a musician or filmmaker) who dedicates most of his/her wasted time complaining about free downloads, ad-sponcered [sic] piracy, so-called illegal file-sharing and the almighty Free Culture movement online than s/he does engaging with his/her fanbase who actually help generate their income.”

Count is used to hearing this type of sentiment, which he said is the result of myths being perpetuated in the media. One of them is that illegal downloading is a way of “sticking it to The Man” (i.e., major record labels), since major labels screw over artists anyway. While Count doesn’t deny the track record of major labels, he also points out that the same labels that are viewed as “big bad corporations” also helped make bands like The Ramones and The Clash household names. “The old music business was extremely messed up — nobody wants to go back to that,” he said. “But the new business has kept some of the old problems and added new problems.”

Another commonly held (and false) belief is the idea that artists can simply make money off touring and selling T-shirts. “Touring has always been a loss leader,” he countered. “The top 1 percent of artists make good money touring, but that’s the top 1 percent.” In most cases, bands have to split what little money they make between the venue, manager, and other personnel, which doesn’t leave much for the members themselves — especially if there are many of them. The cost of touring, meanwhile, has only increased.

Count realizes that some may view him as anti-technology or anti-Internet — a notion he is quick to disabuse. It’s not an argument between musicians versus technology, he said, and there have been many positive developments for artists in the digital age, such as the ability for bands to reach more fans more directly than ever before.

The Internet and technology have also leveled the playing field for artists, allowing for a more democratic marketplace. But Victor Krummenacher, bassist and founding member of Camper Van Beethoven, who appears in the documentary, said this has a downside, too. “That curation culture is gone,” he said. “I don’t think everybody deserves to make a record. Everybody can try to write a book, but I don’t think everybody deserves to have access to the marketplace. Saturation doesn’t work. There needs to be tastemakers. … I’m not saying that it’s fair or inherently better, but it worked better because it supported a middle-class.”

As a result, Krummenacher continued, touring has gotten more competitive as more bands are on the road. He’s seen the effects first-hand. “The amount of money I make is between an eighth and a quarter of what I make as an art director,” he said. “I played seventy shows in four countries this year. That’s hard work.”

The long-term effects of these conditions are what most concern those who’ve been following this issue. In an op-ed published last month in The Guardian, Talking Heads frontman David Byrne speculated that “the internet will suck the creative content out of the world.”

For Krummenacher, there’s a human element, too. “Essentially, as a culture, we are in the process of devaluing our content and that’s a very dangerous thing,” he said. “There’s a social side to this — that’s the argument that I really like in Mikael’s film — both the business and [the sense of] what are we losing? There’s something very valuable, especially for young people, in immersing yourself in something that’s not a passive interaction.” In other words, what will happen if musicians aren’t allowed to fully immerse themselves in their craft, if they’re all forced to have full-time careers and relegate their art to an after-work hobby? “We risk being a jack of all trades and a master of none,” said Krummenacher.

So what’s the solution? Count said the first step is having the correct conversation, and that means that musicians need to have a stronger, more unified voice (which he hopes The Content Creators Coalition will provide) and — as much as possible — halting the devaluing and stealing of their work.

That may not be a popular move among some fans, seeing as how the Internet has given them more and cheaper access to music, but Count said that may not matter. “Regardless of how people feel about these issues, there’s no denying that the value of recorded music has plummeted and the value of all other recorded information is following,” he said. “That’s why for me it’s imperative … to understand that the creators have to survive somehow.”