.The Grooviest Community Center on the Planet

Long-time Berkeley dispensary CBCB presents a normalized vision of the future of marijuana. 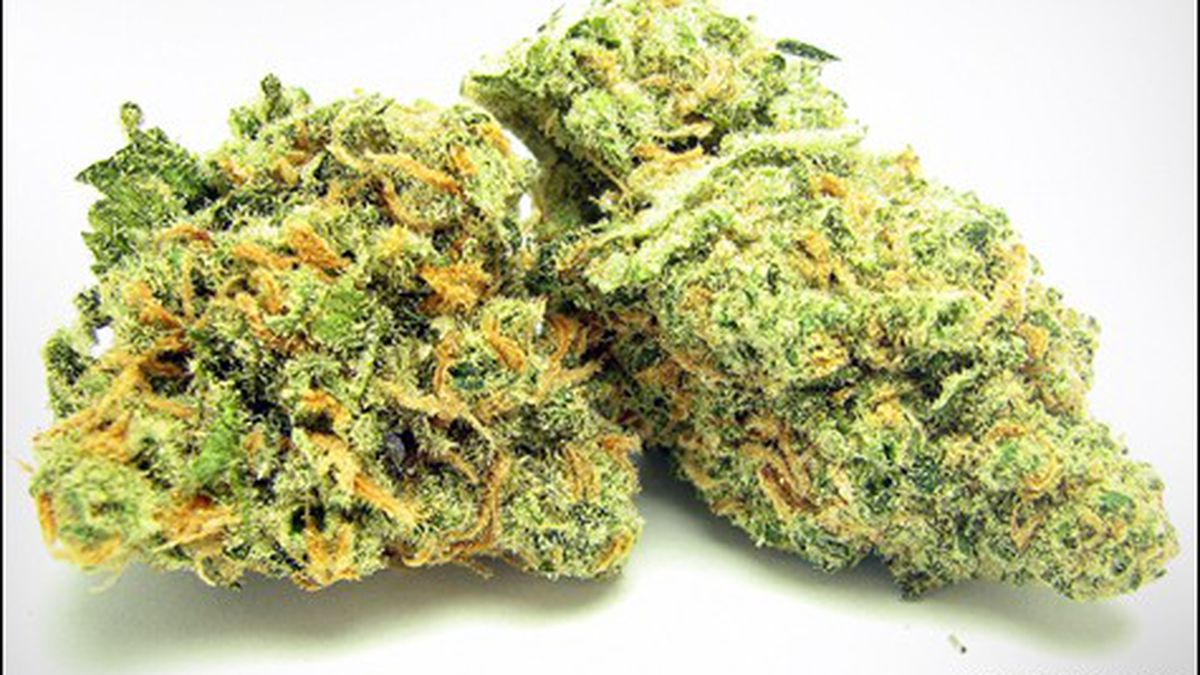 The National Organization for the Reform of Marijuana Laws, or NORML, has been working for 43 years to convince Americans that smoking marijuana is, well, “normal.” But buying medical marijuana in states where it is legal, like California, still feels anything but normal. Even in the movement’s unofficial headquarters of the Bay Area, officials restrict club locations to the sketchiest parts of town. Layers of intimidating security make the experience feel tense. And the general public regards the establishments with suspicion, partially because they’re not allowed in.

But if pot shops ever held open houses for the non-partaking public, I’d hope they’d do it at the Cannabis Buyer’s Club of Berkeley. It’s a vision of normalcy in the generally bizarro world of weed.

First off, CBCB’s four-year-old location at 3033 Shattuck Avenue is exceedingly unassuming. At the corner of Shattuck and Essex Street, the small, one-story brick building is ensconced in a vibrant residential neighborhood. Multi-unit apartments and well-kept single family homes line the street. College kids ride by on skateboards. The smell of barbecue, blooming flowers, and a little herb wafts through the air. There’s no garish neon green crosses, or bombastic signage hyping CBCB; the building is painted ocean blue and decorated with pictures of octopuses.

During a recent visit, three affable security guards hung out near the front door checking for valid California identification and a doctor’s note for marijuana, greeting everyone with a smile and a “Happy 4/20!” The lines were ten-deep at the reception desk, but everyone just smiled and waited patiently to get into the main room. Joining the collective took about ten minutes and involved filling out two pages of paperwork while CBCB staff checked recommendation validity. The lobby had hardwood floors, exposed air ducts, and walls decorated with Zen koans on topics like “friendship” and “the true meaning of life.”

We signed a couple documents promising to be good neighbors, and then we were handed a flyer with CBCB’s monthly schedule of events and services which include volunteer community clean-ups, a women’s tea, a veterans group, bingo, LGBT nights, medical cannabis education classes, and dance classes. “This has to be the grooviest community center on the planet,” we thought as we were let into the main room — a long rectangular hall that could be a mini skating rink if you pushed all the furniture to the corners.

On one side, tasteful down-tempo electronic music bumped out of a stereo set up next to racks of starter plants for home-growers. On the other, couches and plush chairs cradled customers noshing free 4/20 snacks. A letter-writing station encouraged correspondence with the many medical marijuana prisoners in the United States. CBCB also had racks of tastefully designed T-shirts and hoodies for sale. Floor-to-ceiling windows gave lounge occupants a sunny, bright view of the neighborhood, while outsiders could not see in.

Bay Area marijuana quality is top-notch, so we expected nothing but the finest at a Berkeley club, and CBCB — which claims to be the oldest dispensary in town — defends its reputation with a tightly curated, excellent selection of about eighteen tested strains, including popular brands like Jack Herer, Durban Poison, Lemon Haze, and Granddaddy Purple. The club also had some specially named flowers we had never seen or smelled before — like the limited edition New Amsterdam. But even on 4/20, a stoner holiday full of deals, New Amsterdam was still $60 per eight-ounce. We smelled hints of Jack Herer, and maybe Dutch Treat or Dutch Crunch, in this phenomenal Netherlands-bred strain.

Noting our sativa-oriented sweet tooth, the budtender pulled out some of the finest Strawberry Cough in the Bay, some All-Star Blue Dream, Tangerine Dream, and something called Pincher’s Creek. Long, thin, and light green with fiery orange pistils and a tart, sweet, potent smell, Pincher’s Creek smelled and tasted of fruit punch, with a heady sativa effect both energetic and disorienting. Sold.

We got a 10-percent new-patient discount, a free OG Bubba Kush cone, and a free medical cookie for our visit, then we hung out chatting with patients on their way to other 4/20 festivities around the Bay. You can’t smoke inside CBCB, which might disappoint some, but the clean air was refreshing.

The Berkeley City Council will soon decide if the city should increase its number of permitted dispensaries from three to perhaps four or more. We say bring ’em on, so long as they reflect the superb new normal at 3033 Shattuck.