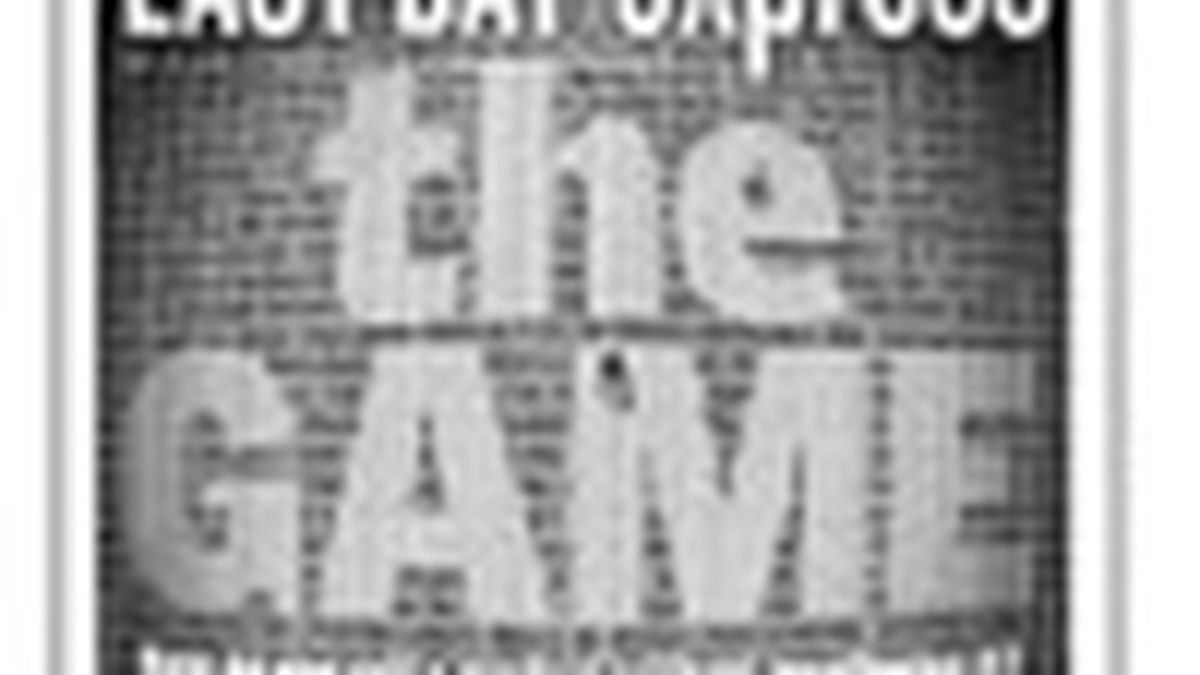 Our May 18 issue contained a complex riddle. The hive mind cracked it in less than 24 hours.

Just hours after the May 18 Express hit the streets, word went out on the gaming forum Unfiction.com that something was afoot. It wasn’t simply that the issue featured a cover story about 4orty 2wo — an Emeryville company that pioneered so-called Alternate Reality Games, or ARGs — but that the paper itself contained a mystery. “The article seems to indicate that Alex Handy (the article’s author) is missing,” Unfiction staffer Carrie Ward reported. “So this is a call to arms for any Oakland area [ARGers]. Track down a copy of this week’s East Bay Express, find the clues about the disappearance, and report back.”

Within twenty hours, working together, a couple dozen avid gamers had cracked the complex puzzle embedded in the paper and on the freelance writer’s Web site.

Near midnight, Unfiction lurker jtgjr007 shared his realization that the article had mentioned classifieds more than once. The next morning, Missphinx said her husband had found a curious ad reading: “Gism.net What??? Not 925 TRY.” The gamers quickly began scouring that Web site. Using the ad, they quickly located a page that contained further intrigue — a hidden link took players into a labyrinth of identical-looking pages bearing clues, dead ends, and diversions. Phaedra speculated that the writer’s name might itself be a clue, and ran “Alex Handy” through an anagram generator before concluding that his name was real.

Missphinx soon located another strange ad: “Funny things happen when you add .html Not 925, DRIP.” Around noon, she put the two ads together. Not 925 … hmm … the article mentioned a Concord strip mall, and 925 was a Concord area code. So maybe “Not 925” meant 510, and TRY DRIP represented a local phone number: 879-3747. She dialed and got a message: Where is Handy? Is he wealthy? No. Is he tired? No. Is he aboard the Russian space station? Is he in paradise? No, but he’s behind it. Look for a three-digit prime that ends in seven … elevens.

Lurking_Kouzou found a link on Gism.net to a site about prime numbers. But the players failed to crack the voicemail’s riddles: The now-decommissioned Russian space station was “Mir” — which represents Boston’s area code, 617, so long as you replace Mir’s “i” with the number “1.” 617 also is a three-digit prime that ends in seven.

The “ELEVENS” clue decodes as a (617) phone number that would have revealed itself to callers as an out-of-service Boston University extension. The Wealthy question suggested that Handy was not at Rich Hall, while the Tired question revealed he wasn’t at Sleeper Hall. These were two of three high-rise dorms on BU’s West Campus — the third, Claflin, was the right answer. “Paradise” referred to a popular rock club adjacent to the West Campus.

The players instead discovered BU via Handy’s Web site, which included several dozen pages related to the article and its embedded game. URLs containing Stanley Kubrick movies rewarded gamers with a few clues. Those referencing Kubrick’s Peter Sellers films such as Lolita had to be entered backward — for instance, Gism.net/atilol.html helped gamers deduce that Handy was on the fourth floor of a building.

Other clues were squirreled away in source code, blogs, and photos. A hidden link led to a page containing photos of Transformers toys. One photo, if downloaded and then opened with a word processor, revealed a brief message telling players that Handy was in a BU residence hall. Also key was a page from the labyrinth colored blue but titled “red.” It said: “This color represents the facility in which Handy is hiding. The Braves played there.”

This clue had gamers pulling up satellite photos looking for red buildings — but that was of little help, since most of BU’s buildings are red brick. But baseball’s Atlanta Braves once were the Boston Braves, and the old Braves stadium site west of campus was purchased by BU in 1960 and turned into a football field, renamed Nickerson. The original field was partly razed to make room for a trio of dorms: Rich, Sleeper, and Claflin.

Gamer Ariock called in the first educated guess: “Fourth floor, Nickerson Field, Boston University.” It was close enough for a consolation prize. But the first to nail it was Zmaiden, aka Megan West of Thompson’s Station, Tennessee, who e-mailed us the solution 19 hours, 46 minutes after Unfiction posted its first reference to the puzzle. Finding that e-mail address involved yet another riddle — the first letters of the story’s first ten sentences spelled out “elementary.” Hidden in the source code at EastBayExpress.com/elementary.html was the e-mail address to which the solution had to be sent. Miss West gets a signed copy of Halo 2, courtesy of Alex Handy. But since this was a team effort, we’re sending groovy Express backpacks to the other key players who helped track him down.