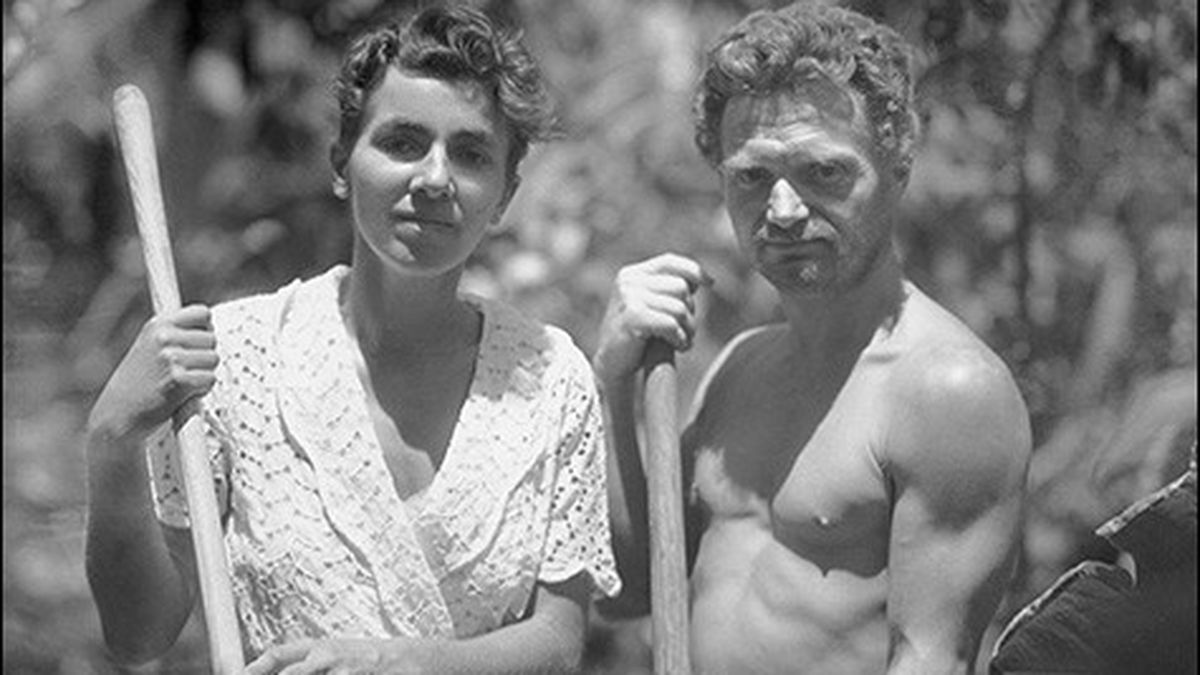 In 1929, just before the Nazis rose to power in Germany, a free-thinking Berlin doctor named Friedrich Ritter and his partner, Dore Strauch — both of them leaving behind their respective spouses and fleeing what they saw as the “huge, impersonal monster” of society — moved halfway around the world to the small, arid, uninhabited island of Floreana in the Galápagos Islands, 575 miles off the coast of Ecuador, a place where they imagined they could be totally free.

On the island, the energetic Ritter planned to further his studies of the work of Friedrich Nietzsche and in his spare time design and build Floreana’s infrastructure. Strauch, a delicately lovely former multiple sclerosis patient who, like her lover, was a vegetarian, would care for the island’s animals, which included goats and chickens as well as the Galápagos’ famed tortoises and iguanas.

It wasn’t long — even in those pre-internet days — before some enterprising German newspaper reporters made the 6,861-mile trip to interview Ritter and Strauch. The couple’s idealism struck a chord in the European imagination when the articles were published, and soon the “Adam and Eve of the Galápagos” were famous. A trickle of adventurous newcomers, their curiosity aroused, began arriving in the little paradise looking for the freedom they’d read about. And that’s when the trouble began. Dan Geller and Dayna Goldfine’s documentary The Galapagos Affair: Satan Came to Eden is the story of that trouble.

It was a pretty good yarn then and it’s a pretty good yarn today, at least in outline. One of the “intruders” was a self-proclaimed baroness named Eloise von Wagner Bosquet, a revolver-wielding provocateuse who brought along a pair of male lovers and environment-wrecking plans to build a resort for millionaire yachtsmen. Other families followed, most of them German, but Strauch fretted that they did not “share our spiritual goals.” The survivors of those families provide most of the modern-day talking-head accounts of the fallout. The Ritter-Strauch party disapproved of the pre-jetsetters and worried their island was haunted. Resentments simmered. People disappeared. Chickens were poisoned. A drought arrived. Today, the descendants seem amused by the former squabbles. Perhaps not surprisingly, the newcomers brought their problems with them. In the words of a present-day observer, it was “not easy for them [as social rebels] to get along with other people.”

Geller and Goldfine’s doc blends the settlers’ original home movies with high-def shots of Floreana today, and adds the voices of actors Cate Blanchett (Strauch), Thomas Kretschmann (Ritter), and Connie Nielsen (the baroness) to move the plot along. It’s a nutty real-life forerunner of Survivor, not to mention Gilligan’s Island. Wes Anderson should adapt this tangled tale for his next movie — it’s much crazier than The Grand Budapest Hotel. Many real-life stories are as ridiculous as any farce, but we always have irony to fall back on.