.The Fight Against Putting Teens in Solitary

A lawsuit against East Bay juvenile authorities and legislation in Sacramento seek to greatly limit the practice of locking up youth in solitary confinement for months at a time. 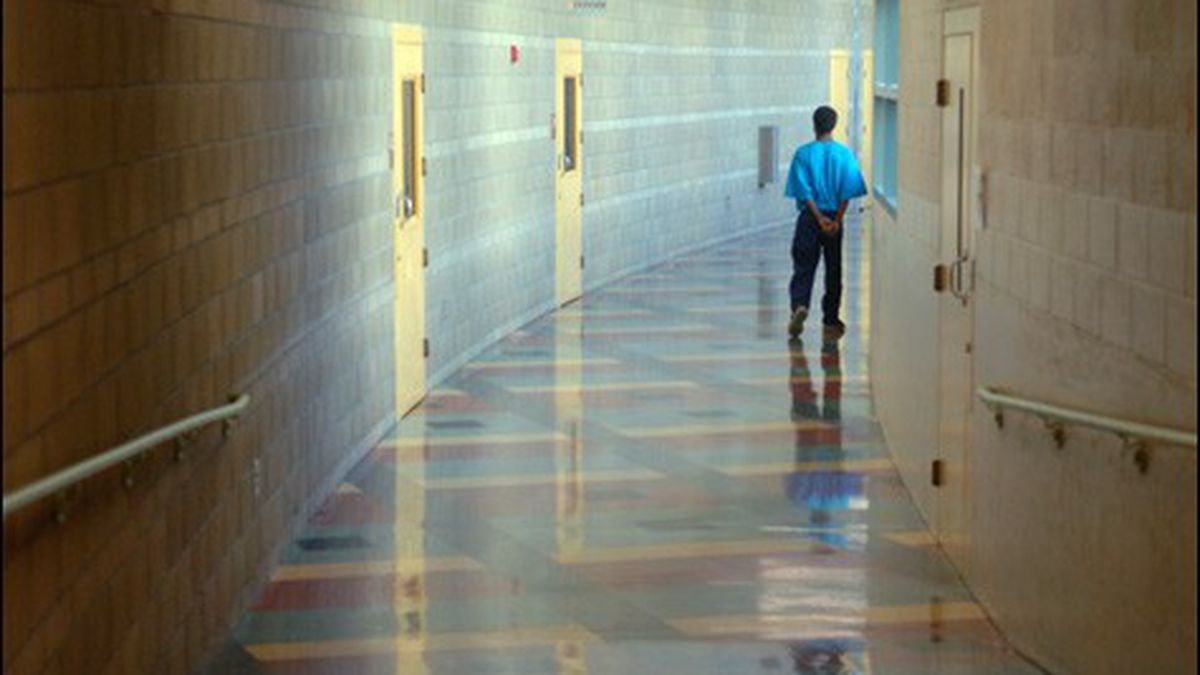 After Cici C.’s son spent three months in solitary confinement at Contra Costa County Juvenile Hall in Martinez, the seventeen-year-old suffered a severe mental breakdown. “When my son was hospitalized, I did not know that Juvenile Hall had transferred him … until a nurse from [Contra Costa Regional Medical Center] contacted me,” explained Cici C., whose face appeared cloaked in shadows in a recorded interview posted to YouTube on August 8. “I asked why was my son there, and she told me that at that time he wasn’t talking at all. … He was really out of it … and that juvenile hall had told her how he had spread feces on the wall, how he had been talking to himself and having outbursts.”

In court, Cici C.’s son goes by the initials W.B. He and two other youths have sued Contra Costa County Juvenile Hall and several other county departments for allegedly holding children in solitary confinement for up to months at a time and denying them access to education, in violation of state and federal laws. Cici C., whose full name is being withheld to further protect her son’s identity, said that after W.B. entered juvenile hall, located in a suburban Martinez neighborhood a few hundred feet from parks, a golf course, and several churches, his mental health deteriorated.

“The whole situation with my son’s mental breakdown, I believe, came from juvenile hall,” she said. “My son has never been withdrawn, not able to speak, not able to think. He couldn’t remember dates, times, places.” While in solitary confinement, W.B. was allowed just two thirty-minute breaks outside his cell each day — a practice that flies in the face of a 2006 court order requiring that 40 to 70 percent of a youth’s waking hours in custody be spent on constructive activities such as schooling.

“My son continuously tells me, ‘Mom, I’m not crazy. I know I should be in school every day.’ But somehow with him being in juvenile hall, I just don’t see any hope,” she said tearfully.

The nonprofit legal aid groups handling the case, including Disability Rights Advocates of Berkeley, hope that the class-action suit will move California away from locking up juveniles “for weeks at a time in cells that have barely enough room for a bed and a narrow window the size of a hand,” according to their complaint, which compares the Contra Costa facility to an adult maximum-security prison.

Last year, the American Academy of Child Adolescent Psychiatry joined with the United Nations General Assembly in officially opposing the use of solitary confinement for youths.

“There should be no isolative confinement at all in juvenile corrections. It is acceptable to require occasional, and very brief, ‘time outs,’ where the juvenile is separated from peers for relatively brief periods in response to unacceptable behaviors, but the aim is to improve the youth’s behavior … not to punish for punishment’s sake,” said Terry Kupers, a clinical psychiatrist based in Piedmont, who has testified before the California State Assembly on the negative effects of long-term solitary confinement. “Youths are at a critical age of development, and need not only educational programs, but also training in the basic skills for doing education, participating in meaningful relationships, and succeeding in the work force.”

In the legislature, state Senator Leland Yee, a former child psychologist, is pushing for the passage of SB 61, a bill that would limit solitary confinement to being used only when juveniles “[pose] an immediate and substantial risk of harm to others or to the security of the facility.” The legislation would also require jail and prison administrators to start documenting their use of solitary on youths. However, language demanding that mental health caregivers evaluate the youths every four hours during the time they are isolated was removed from the bill’s original draft after opponents such as Senator Ron Calderon (D-Los Angeles) called it too costly.

Oakland’s Ella Baker Center for Human Rights, which co-sponsored the legislation, suggested that the $14,000 in campaign donations Calderon received from the powerful prison guards’ union from 2004 to 2010 might have had something to do with his actions. For union members, putting limits on lockup could invite more lawsuits and require more training. But Rocky Rushing, Calderon’s chief of staff, told the nonpartisan, good-government group The Center for Public Integrity that the donations had no effect on his vote.

A 2009 report on state prisons also suggested that moving youths out of solitary could save money because the practice requires additional prison staff. The state Office of the Inspector General found that solitary units in California’s adult prisons were at that time costing $14,600 more per year than general-population units.

Last year, a stronger version of Yee’s bill died in the Senate Public Safety Committee. This year’s weaker version has made it through the Senate and is now being considered by the Assembly. If the legislature passes SB 61 and Governor Jerry Brown signs it into law, California would join at least ten other states that place limits on youth solitary confinement or ban the practice outright. Five states — Alaska, Connecticut, Maine, Oklahoma, and West Virginia — have total bans.

For their part, officials from the state Division of Juvenile Justice have taken virtually the same stance as their counterparts in the state prison system, who deny that they use solitary confinement despite a seven-week-long hunger strike by prisoners protesting the practice. Juvenile Justice spokesman Bill Sessa told The Center for Public Integrity that the department prefers to use the term “segregation,” because the youths receive mental health aid and get some amount of time out of their cells per day.

Contra Costa County probation officer Philip Kader, one of the primary defendants in the lawsuit filed by W.B. and the other teens, declined to comment for this story. Another primary defendant, Juvenile Hall director Bruce Pelle, was not available for comment.

San Francisco resident Will Roy, a longtime contributor to The Beat Within, a weekly newsletter for youths behind bars, said he spent two months in solitary at age sixteen in the O.H. Close Youth Correctional Facility in Stockton, and recalled the awkward experience of his mom seeing him in juvie for the first time, his legs bound in shackles. Now 32, with a six-year-old son of his own, he said of his time in isolation: “I don’t really hate people, but if I had an archenemy, I wouldn’t even wish that on them, you know?”

The people who need the most help are often the ones who end up in isolation cells, he added. “People who were on suicide watch, they just throw them into solitary confinement cells so they wouldn’t have to deal with them. In my mind, people who are suicidal need to be around other people. It’s like they’re getting the opposite of what they need.”

According to the Campaign for Youth Justice, youth in jail are nineteen times more likely to commit suicide in solitary confinement than in the general jail population. When asked how he’d handle it if he heard his son, who was with him during the interview, were confined in solitary, Roy said, “Inside prison … the damage that was done, especially in solitary confinement … that’s forever.”