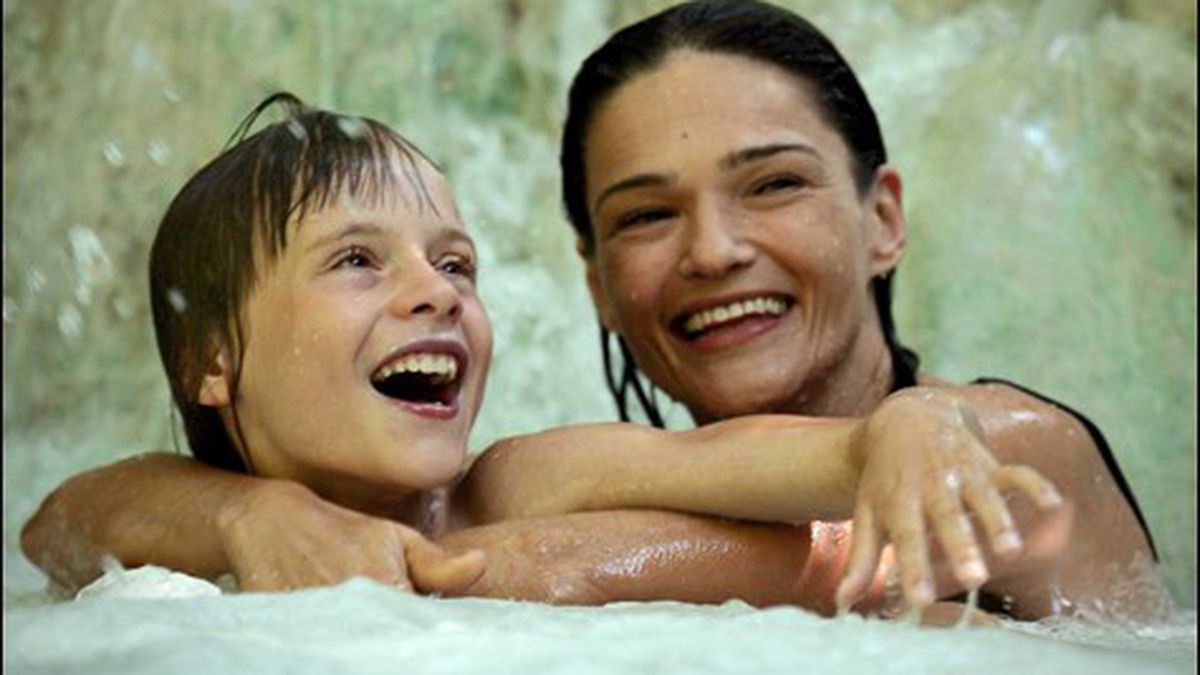 The Father of My Children and the Dawn of the Dads

Celebrate Father's Day early with Mia Hansen-Løve's new drama, plus Looking for Eric and Survival of the Dead.

It’s no longer front-page news that the bottom 90 percent of the population is stressed out, overworked, over-stimulated, and potentially heading for a crack-up. Money is scarce and everyone is scrambling for a buck while looking for an edge. That’s why meth, energy tonics, and strong coffee are so popular. If you don’t run fast enough you’ll be eaten.

But never in our scariest dreams did we imagine movie producers falling into the endangered-species category. Those are the type of people we expect to be power-lunching in Beverly Hills. Or in the case of Grégoire Canvel, the lead character in Mia Hansen-Løve‘s perceptive, sentimental, complicated drama The Father of My Children, zipping through the fashionable parts of Paris and vacationing with his family amid the ruins of Italy. But it turns out Grégoire (played by Louis-Do de Lencquesaing) is overextended like everyone else.

Grégoire backs non-commercial films, films that he likes rather than moneymakers, and makes bad deals. It’s killing him. As we meet him he’s dashing around at wits’ end, working two PDAs at once, trying to hold off creditors while simultaneously welcoming a Korean film crew set to begin production in Paris. He’s a very charming guy, effervescent and witty, and it’s a pity to see him burning himself out.

An important part of Grégoire’s life is his relationship with his three young daughters. As he takes them around the various historical sites, always explaining the significance of the spot to them even though they’re barely interested, we can’t help thinking these are the times they’ll recall later, after he’s gone. As for Sylvia, all she can really do is let her husband act out his destiny.

Spoiler alert: Don’t read this paragraph if you haven’t already seen the movie. The story abruptly splits in two when Grégoire shoots himself. Needless to say, it solves his problems but means an entirely new set of revelations for his children, and especially for Sylvia. They discover there was another side to his life, from which he lovingly protected them. Grégoire’s expansiveness lent a vivacious, even comical, air to the first half, but his suicide naturally casts a pall over the story (it’s evidently based on the actual suicide of producer Humbert Balsan). That writer-director Hansen-Løve can salvage a shred of tenderness from that selfish act is what makes The Father of My Children so eminently worth watching.

With this film, the 29-year-old Ms. Hansen-Løve has already made a pair of bittersweet family dramas, the sort that stay with us. Her 2007 All Is Forgiven (Tout est pardonné) is about another father, a drug addict, who lets his family down yet ultimately redeems himself. Life is hard and humans are weak, the filmmaker seems to be telling us. And yet anyone — a disorganized producer, a junkie, anyone — who can somehow teach his family a way of coping by honestly sharing emotion, is doing them a favor. Both Lencquesaing and Caselli etch their characters unforgettably, and the needle-drop soundtrack selections, including “Greensleeves” and Jonathan Richman’s “Egyptian Reggae,” fit the mood perfectly.

Filmmaker Ken Loach has made a wonderful career telling the stories of people who might otherwise have gone overlooked. From the archetypal kitchen-sink blues of Poor Cow (1967) and the pocket epic of a lonely boy and his pet falcon in Kes (1970) to the Irish Republican struggles of The Wind that Shakes the Barley (2006), the English writer-producer-director has always specialized in the underdog point of view.

Looking for Eric, written by frequent Loach collaborator Paul Laverty, looks at the light side of divorce, juvenile delinquency, and general disconnectedness in the tale of one Eric Bishop (played by actor Steve Evets), a meek, slightly built postal worker in the city of Manchester slowly slipping into a muttering old age. Looming large in Eric’s list of regrets is the way he abandoned his first wife Lily years ago, just as she was about to give birth to their daughter. Lily (Stephanie Bishop) never remarried, still lives nearby, and occasionally bumps into Eric, as do their daughter Sam (Lucy-Jo Hudson) and her young daughter, Daisy.

Eric aches to reunite with all of them, but in addition to his terminal timidity he’s stuck with two teenage boys, Ryan (Gerard Kearns) and Jess (Stephan Gumbs), sons of Eric’s second wife from her previous relationships and left behind by their mother when she dumped Eric. Ryan hangs out with hoods, Jess is more sympathetic, but both boys have the run of the house, and stolen merchandise sits stacked up in the living room.

Eric’s only refuge, besides nursing a pint at the pub with his tubby work mates, is fantasizing about the exploits of his favorite soccer star, boisterous Frenchman Eric Cantona, and Cantona’s glory days playing for Manchester United in the 1990s. What would Cantona do? And then one day, Cantona himself appears to Eric as a vision, in his bedroom. The poor sod suddenly has the ideal imaginary friend. Mancunian laughs and heart tugs ensue.

Who knew Loach had a sitcom in him? One warning: Loach’s 1991 film Riff-Raff thoughtfully provided English subtitles for American auds unused to Scots burrs and Lancashire lilts. Looking for Eric should do the same, as much for Cantona’s accent as for the locals’.

By my count, Survival of the Dead is George A. Romero‘s ninth try at the franchise he began in 1968 with Night of the Living Dead. Hundreds, perhaps thousands of zombie imitators have staggered in his footsteps, but Romero’s deadheads have always possessed that little something extra that sets them apart. Until now.

Most of the action is confined to an island off Delaware, where the encroaching zombie hordes serve as a mere distraction in the ancient feud between two Irish-American families, the O’Flynns and the Muldoons. Patriarch Seamus Muldoon (Richard Fitzpatrick) bears a disturbing resemblance to Jerry Brown. Both clans use captured zombies as lawn decorations. Some soldiers led by Sarge “Nicotine” Crockett (Alan Van Sprang) beg to differ. The Irishmen are trying to train the zombies to eat horse meat instead of humans. Romero employs the old “twin sister” trick to get actress Kathleen Munroe (as both of old man O’Flynn’s daughters) back on screen after she’s been killed off. Somebody throw them a box of Lucky Charms.

A Year Of Triumph and Chaos in East Bay Sports

Lee ‘Scratch’ Perry, The Orb Launch ‘The Orbserver in the Star...