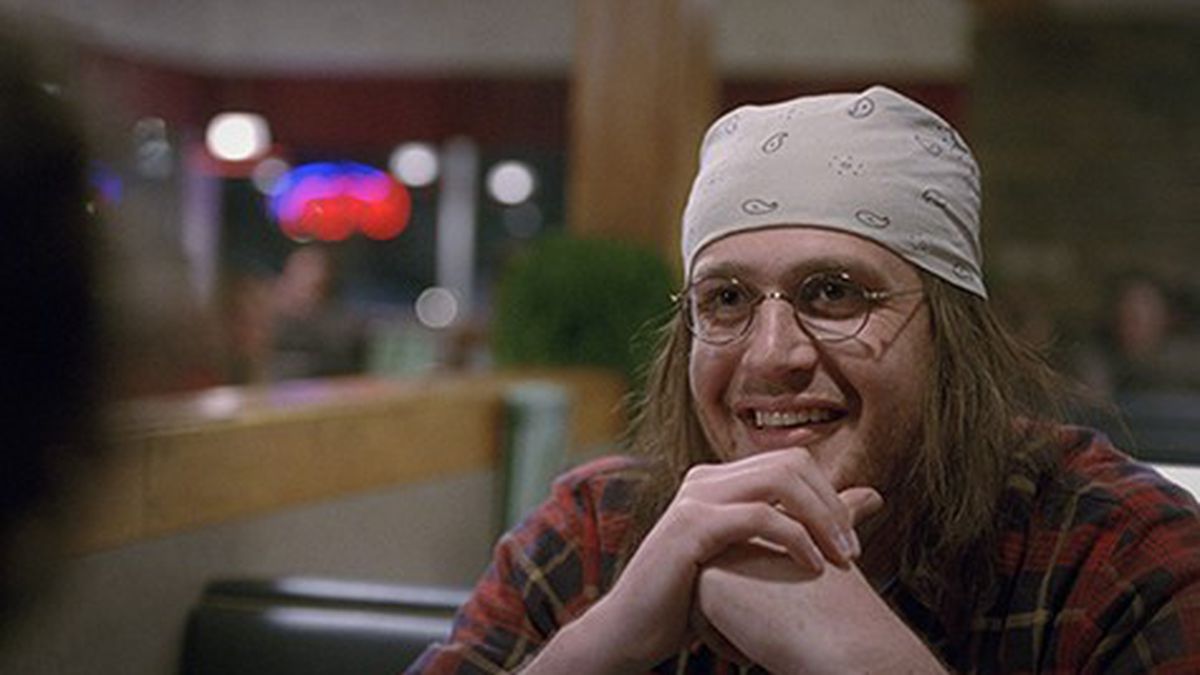 The End of the Tour: A Thoughtful Art Film

In the story of a journalist's interview with author David Foster Wallace, even post-moderns get the blues.

When David Foster Wallace’s 1,079-page novel Infinite Jest was published in 1996, it immediately became a cause-célèbre, with reviewers calling it everything from the Great American Novel to an over-elaborated “endless joke.” One thing everyone could agree on was that Wallace’s best-selling sci-fi genre epic was a force to be reckoned with. Magazine and newspaper book sections overflowed with hyperbole about the book and its author. The more publicity-shunning he seemed, the more tantalizing a subject to be poked and prodded.

In James Ponsoldt’s narrative drama The End of the Tour, that combination of heat and elusiveness convinces Rolling Stone reporter David Lipsky (Jesse Eisenberg) to wangle the assignment of profiling author Wallace (Jason Segel), who lives with his two dogs in a modest house in Normal, Illinois and teaches English lit at the state university. The two men spend five days together, during which Wallace finishes up a public-appearance tour with a trip to Minneapolis. They talk, Lipsky tape-records and scribbles notes, and we listen in. Not much else happens, so everything depends on the actors and playwright Donald Margulies’ screenplay, based on Lipsky’s book Although of Course You End Up Becoming Yourself.

Eisenberg plays Lipsky in three-quarters Social Network mode, with the twitchy, wildly self-conscious, suppressed sensitivity we would expect from a disappointed novelist (meekly, he brings his obscure first book as a gift) sent to further immortalize a writer not much older than himself. Lipsky does his snooping surreptitiously, while creeping up on the sensational stuff — drug use, suicide attempts, etc. — that his editor demands, but the Stockholm Syndrome sets in. After sleeping with Wallace’s slobbering hounds and wolfing down junk food in front of TV shows, Lipsky loosens up and relates to Wallace in a wary facsimile of the dorm-room camaraderie literary folks always seem to rely on in movies. Meaning the annoyance gives way to grudging admiration.

But it’s not really Eisenberg’s show. As hulking everyman-turned-intellectual-hottie Wallace, his head wrapped in a redneck-bandana conk rag over stringy hair that makes him resemble Gérard Depardieu’s younger brother, former Judd Apatow funnyman Segel gets a chance to sit in a room and mock-free-associate. It’s the best role he’s ever had. The literary lion turns out to be a pussycat, with his Alanis Morrissette crush, his soda and candy habit, and his jealousy over Lipsky’s flirting with an ex-girlfriend (Mickey Sumner). “I treasure my regular-guy-ness,” Wallace assures Lipsky. At the same time, Wallace takes his sadness out for long walks. By way of reassurance, he tells his would-be Boswell, “I’m not so sure you want to be me.” And we believe him completely.

The poignancy of Wallace and Lipsky’s academic soul-baring — the magazine article got spiked, Wallace hanged himself in 2008 — is undercut a bit for those of us who never got around to reading Infinite Jest, and that’s unfair. It should not be necessary to have read the book on which a movie is based, or in this case referenced. A film should be able to stand on its cinematic elements alone. After all, no one cares whether the book that inspires a movie is a masterpiece of world literature — we just want to know if Greta Garbo is going to throw herself under the train in the last reel.

Segel, Eisenberg, Margulies, and Ponsoldt see to it that their chamber piece is more than a tour d’ennui. If Wallace’s best known work never gets closer than this to a movie deal, his fans can at least console themselves that what might have been a wet noodle of a character study or a lowbrow road trip magicked into something like a thoughtful art film about two lonely guys shooting the bull in a ranch house beside a frozen wheat field. Even post-moderns get the blues.