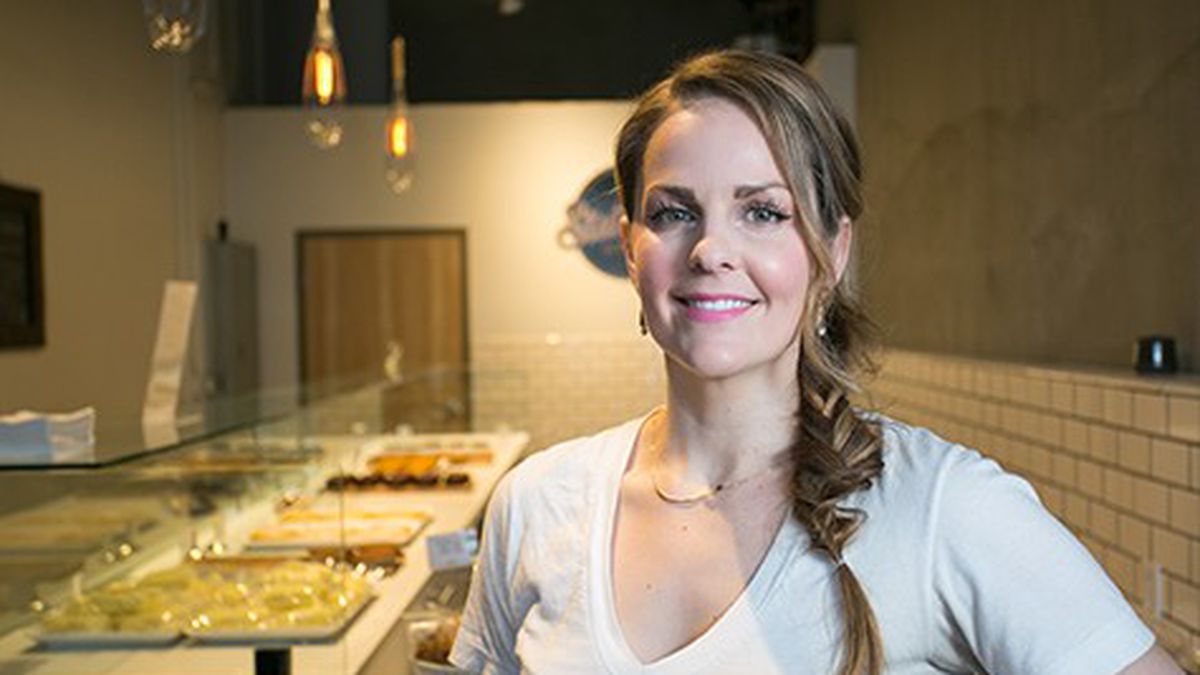 The East Bay’s Year in Food

2014 was a year defined by scrappy pop-ups, food-trucks-turned-restaurants, and purveyors of niche cuisines.

In the East Bay food scene this year, we saw investors pour millions of dollars into projects that included beer gardens of every imaginable shape and size (see “Hoppy New Year”) and a souped-up bowling alley and video arcade serving gourmet bar food. Big-name local chefs such as James Syhabout and Charlie Hallowell continued to expand their empires, opening well-appointed restaurants at which I enjoyed some of my tastiest meals of 2014.

And yet many of the year’s most interesting food stories have been about folks operating on a much smaller, humbler scale — food truck operators opening their very first full-fledged brick-and-mortar spots; fly-by-the-seat-of-your-pants pop-ups hidden in unlikely venues; and ventures catering to diners with food sensitivities and other dietary needs that are only now starting to become more mainstream.

In my March 26 What the Fork, “When Food Trucks Move Indoors,” I wrote about the growing number of mobile food vendors who have made the transition to life as operators of full-fledged brick-and-mortar restaurants. The trend hasn’t abated: In the intervening months, the East Bay’s most popular food trucks and street carts have continued their steady march indoors, with street food veterans such as Cupkates and Tina Tamale joining Liba Falafel, Fist of Flour, and others before them — I count at least eight prominent mobile food vendors that opened brick-and-mortar businesses in the East Bay in the past year alone.

In November, Cupkates’ “chief cupcake officer” Kate McEachern and her husband Casey opened Stateside Bakery (3001 Telegraph Ave., Ste. E) in a tiny storefront in Berkeley that was previously designated to become an ATM vestibule. According to McEachern, the trend can be attributed, in large part, to the Great Recession. When she launched Cupkates in 2009, the US economy had more or less bottomed out, and prospects for securing the kind of loan that would have been necessary to open an actual restaurant or bakery seemed impossibly dim. The Bay Area’s food truck renaissance was born out of that economic climate.

“For a lot of us, it was a way to start a business with a ‘soft launch,'” McEachern explained. Back then, the idea of a gourmet food truck was novel almost to a fault. McEachern lost count of how many people tried to buy tacos from her. So, as the economy has gotten back on its feet and the food-truck scene has blossomed (and approached its saturation point, some would argue), it’s only natural that some of the movement’s elder statesmen might revisit their long-deferred brick-and-mortar dreams.

For McEachern, having a permanent location where customers can always find her has been incredibly helpful. At the same time, and although Stateside focuses less on cupcakes than on gourmet versions of childhood treats like Twinkies and Oreos, the Cupkates business model hasn’t changed much. McEachern still bakes all of her treats out of one central commercial kitchen and relies on her trucks to reach customers and neighborhoods who would otherwise never find out about her products.

“We sort of think of our shop as a truck that doesn’t move,” she said.

Or, as Tina “Tamale” Ramos said of her new restaurant La Snackeria (815 Washington St., Oakland), “It’s kind of like a four-hour pop-up every day, but we don’t have to unload the truck.” Ramos spent years helping run La Borinqueña, her family’s seventy-year-old Mexican deli and catering business, and Ramos’ tamale pushcart, Tina Tamale, has been a fixture on the East Bay street food scene since 2011. La Snackeria is a “Chino-Latino” eatery that fuses together her background (as a Mexican American from Oakland) with that of her husband Gil Yee (a Chinese American from Louisiana): Think char siu quesadillas and churros made with wonton wrappers. It’s Ramos’ first restaurant of her own, and she explained that the whirlwind process of getting the place up and running has led her to draw on her experience slinging tamales in the early days of the mobile food movement.

That kind of “scrappiness” is, to a certain extent, a defining characteristic of Oakland’s dining scene. And running a restaurant with what Ramos calls a “pop-up mentality” means she also tries to pay it forward — to up-and-coming food artisans who set up special dinners in her space, the same way other businesses supported her during her early Tina Tamale days.

Speaking of pop-ups, 2014 has also seen their revival as a vital and exciting restaurant genre in their own right. That might seem like a funny assertion — it has probably been a good three years since any frequent restaurant-goer in the Bay Area thought of the pop-up as a novel idea. In fact, at times, the concept has felt played out — a stand-in for the fickleness of a certain type of foodie who’s always looking for the shiniest new thing, irrespective of substance. (“Because it isn’t a pop-up?” one of my food-writer friends joked when I asked why a certain restaurant seemed so underrated.)

While Kronner’s Oakland restaurant, Kronnerburger, is slated to open on Piedmont Avenue next month, he has basically been in permanent pop-up mode for the past two years, with extended runs at the San Francisco Mission district dive bar Bruno’s and at Ordinaire, but also stand-alone gigs at countless other venues. So he has become somewhat of a master of the genre.

The importance of the pop-up, Kronner said, is that it represents “a sea change for small operators.” Similar to food trucks, pop-ups have become a way for aspiring restaurateurs to test out a concept and build their customer base without having to dive right into a half-million dollar investment on a full build-out.

“[The pop-up] had its moment where it was new, and as everything has continued to be more difficult and expensive, it just kind of became a more permanent presence,” Kronner said.

And it isn’t just the unknown home cook who is going this route. Kronner, an acclaimed chef who made a name for himself at San Francisco’s Bar Tartine, isn’t exactly what I would call an underdog. POP Sandwich proprietor Ian De Leoz’s previous gig was at the Michelin-starred restaurant Ame. Juhu Beach Club started out as a pop-up. So did Kingston 11.

Still, what 2014 has shown is that the best pop-ups have some of that “scrappy” quality to them as well — they’re affordable; they aren’t overly polished. When you finish your meal, you feel like you’ve had an authentic experience that can’t easily be replicated. Kronner said that the best pop-ups should have a synergy to them, wherein the visiting chef understands and embraces what the host restaurant (or, ahem, convenience store) is all about, but also brings his or her own unique sensibility to the table.

Even among the restaurants and other food businesses that opened in a more or less traditional manner this year, you got a sense of folks working at the margins of the industry. Sure, there was the usual crop of pizza restaurants and high-end burger joints, but there were also a ton of new dining establishments geared toward various culinary niches and alternative diets. A Paleo-friendly restaurant opened (Berkeley’s Mission: Heirloom Garden Cafe), as well as several ambitious vegetarian and vegan restaurants (including Oakland’s Veg 388, itself a pop-up), and more gluten-free food businesses than I can recall opening in a single year.

That trend doesn’t look like it’s going to change heading into 2015. One of the most intriguing openings of the new year will be The Butcher’s Son (1820 Solano Ave., Berkeley), an old-school New York-style delicatessen and bakery with a twist: Everything in the deli case will be vegan, from the Reubens and tuna melts to the cheeses and house-made sausages.

When I asked owner Peter Fikaris why he thought Berkeley would be a good site for what will be one of the country’s first strictly vegan delis, he talked about the East Bay’s history as a hub for social change, people’s desire to eat more healthfully, and the number of people who have moved to the Bay Area from other places, bringing with them a different set of food experiences.

The upshot, for the aspiring food entrepreneur who’s willing to scrap, is that folks here are open to different kinds of food. They’re willing to try something new. And maybe it doesn’t have to be any more complicated than that.