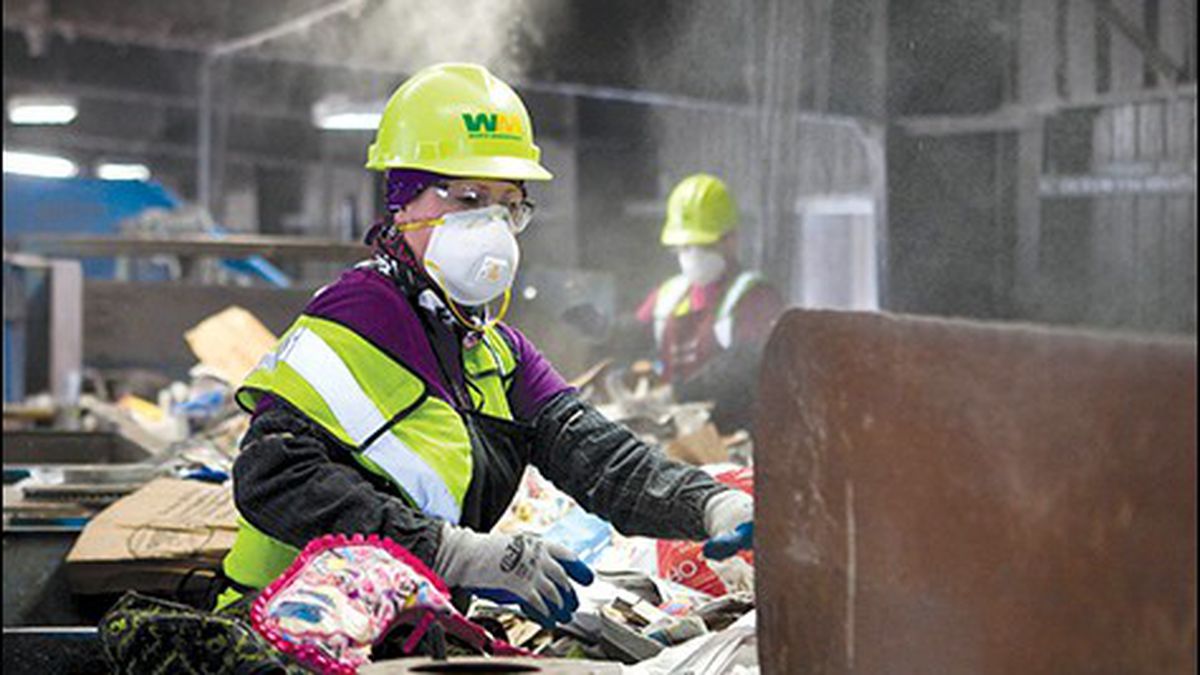 The Dirty Fight for Oakland’s Trash

Last week, Oakland city officials released recommendations for the city’s garbage contract based on proposals they had negotiated with the only two bidders: Waste Management of Alameda County and California Waste Solutions (CWS). But the proposals, on which the city council is scheduled to vote this week, have raised a wide range of concerns from labor groups, environmental activists, and councilmembers who argue that the city’s flawed bidding process and subsequent negotiations have left Oakland with unsatisfactory options.

In addition to introducing dramatic rate hikes, the city’s recommendations lack strong protections against the outsourcing of local jobs and include an inadequate composting plan, critics say. Some councilmembers are planning to recommend revisions to the proposal, and the stakes are high: The waste franchise is one of the city’s largest contracts, valued at roughly $1 billion over ten years. The city’s current waste contracts expire in June 2015.

Both firms have submitted proposals to take control of all of Oakland’s garbage needs, but city staffers have put forth three options, including one that would continue to split the city’s waste contract between Waste Management and CWS.

The first choice, which city staffers said is the “most practicable and prudent option,” is to award Waste Management all three possible contracts — for residential recycling, compost and green waste, and trash disposal. The second option, which the city said is “viable” but more expensive for Oakland residents, is to have Waste Management do composting and disposal and have California Waste Solutions do all residential recycling.

The third alternative, which the city does not recommend, is to have CWS assume all contracts in the franchise. City officials say they favor Waste Management because the company has the systems in place to offer all the necessary services next year. The company currently has contracts with a number of other East Bay cities and operates the Davis Street Transfer Station in San Leandro, where it does food and green waste processing and sorts recyclables. It also operates the Altamont Landfill in Livermore.

Conversely, awarding all contracts to CWS would be too risky, the city’s report said, in part because the company would have to construct a new transfer station facility and hasn’t yet acquired a number of required permits.

Waste Management also has a superior diversion plan, according to city officials, who said that over ten years, the company could divert more than 200,000 additional tons of recyclables and green waste from the landfill compared to CWS. “It’s a profound difference in the environmental outcomes,” said Peter Slote, the city’s acting solid waste and recycling program supervisor.

In all scenarios, the rate increases will be high. In the Waste Management-only option, the rate for single-family homes would rise 30 percent, from $29.80 a month to $38.71. The price for multi-family buildings (meaning those with five units or more) would also go up, though the rate of increase varies depending on the size of the building. For twenty-unit buildings, the rate would jump 19 percent, from $474.20 per month to $566.47.

Under the combined Waste Management-CWS plan, rates would go up even higher: For single-family homes, they would jump 47 percent to $43.70 a month, and for twenty-unit buildings, they would increase by 38 percent to $653.22 per month.

“We only got bids from two companies that already provide services in Oakland. You can say that we attracted zero bids,” said Councilmember Rebecca Kaplan, who is running for mayor. “The dramatic rate increase is linked to not really having a competitive process.”

This is despite the fact that the city paid $1.1 million to the consulting firm R3 Consulting Group for its help with the Request for Proposals process and analysis of submitted bids.

“The whole process has been problematic from the very beginning,” said Doug Bloch, political director for Teamsters Joint Council 7, the union that represents drivers at both Waste Management and CWS. “The city spent a lot of money on a consultant in an effort to attract competitive bids. When the dust settled, we only got bids from the incumbents.” (Bloch said he supports the Waste Management-exclusive proposal, since the company has already invested significant resources in local facilities).

At the same time, the International Longshore and Warehouse Union (ILWU) Local 6, which represents recycling, landfill, and clerical workers, has expressed concerns that the proposed contract with Waste Management does not include protections against the outsourcing of existing dispatching, billing, and customer service jobs. Waste Management outsourced several dozen local call center jobs in 2009, according to ILWU.

“We would like to make sure that all customer service jobs are done by local people serving their neighbors,” said Fred Pecker, secretary-treasurer for ILWU Local 6. Citing the 2009 cuts, he added, “It took years for some people to find work again that was anywhere near comparable.”

City officials and Waste Management officials defended the proposed hikes. Oakland officials wrote in a May report that, since 1995, annual rate increases have not kept pace with rising expenses, such as increasing fuel costs.

Susan Kattchee, assistant director of Oakland Public Works Agency, noted in an interview that the city has negotiated significant reductions from the contractors’ initial proposals, which included a roughly 75 percent rate increase for homeowners. “It’s been a very long process, but at the end of the day, it’s much lower.”

David Tucker, director of community and public relations for Waste Management, said the rate of the increase is in line with recent hikes in neighboring cities, adding that “the rates that are currently in place for Oakland have not been adjusted to match the increases in the costs of service in Oakland.”

One additional reason the rates are increasing for multi-family homes is that the city has mandated that the companies provide apartment buildings with an annual “bulky pickup,” a service that allows tenants to get rid of larger items, such as furniture and mattresses, at their buildings. In the current system, these renters have no easy way to toss bulky items, which has contributed to Oakland’s significant illegal dumping problem (see “What a Waste,” 10/23/13).

Regarding concerns of potential outsourcing, Tucker said that Waste Management has to do “what makes good business sense. … We want low rates and quality services.”

Joel Corona, chief operating officer for California Waste Solutions, defended his company’s proposal in an interview, arguing that CWS has numerous backup plans in place to address the risks the city has identified. “There should be no concern at all by city staff about our ability,” he said, adding, “We are a very serious diversion company.”

Putting the battle between the two companies aside, the composting services in Oakland will likely be inadequate in any scenario, according to some environmentalists.

Currently, all single-family homes in Oakland receive green bins from Waste Management for food scraps and yard trimmings. Owners of buildings with five or more units, however, must request and pay extra for a green bin ($35 or $52 per month, depending on size), which means many people living in Oakland’s more than 57,000 apartment units have had no accessible composting options. And the resulting waste has been huge: According to the city, multi-family units produced 48 percent of all residential solid waste — nearly half of which was food and green waste that went into the landfill — in 2008.

The city has outlined a number of options for providing food and green waste pickup in apartment buildings under the new franchise, but it is not recommending immediate, universal composting. Councilmember Dan Kalb has proposed a “phased-in approach,” which the city endorsed in its recent report and which allows building owners to initially “opt in” and request a green cart at no additional charge.

In this proposal, the city would transition by 2017 to a system in which every building receives a green bin unless it owners opt out. “You ultimately have to get everybody doing it,” Kalb said. “This is just a way of phasing it in.” (Kaplan and Councilmember Lynette Gibson McElhaney are supporting this plan).

But Ruth Abbe, a member of the Sierra Club Bay Chapter’s Zero Waste Committee, said that Oakland is wrong to not to start requiring green bins next year. “There’s an expectation that we can’t do this,” said Abbe, pointing out that San Francisco already has mandatory composting in apartment buildings as does Milan.

Doug Brooms, a Northern California Recycling Association board member and Oakland apartment-dweller, said the city should make it as easy as possible for all tenants to access green bins. “I’d rather it be across the board,” said Brooms, who currently takes his food scraps to Whole Foods to be composted. “It shouldn’t be that you have to go through this additional step to request a green bin.”

Part of Abbe’s concern is that the city, through its request for proposals, has required contractors to build transfer station facilities to sort food and yard waste from trash on the back-end — an investment that she said is not a good use of limited resources and one that can discourage residents from sorting at home. “Once you tell people that you’re sorting their trash … it becomes a self-fulfilling prophecy.”