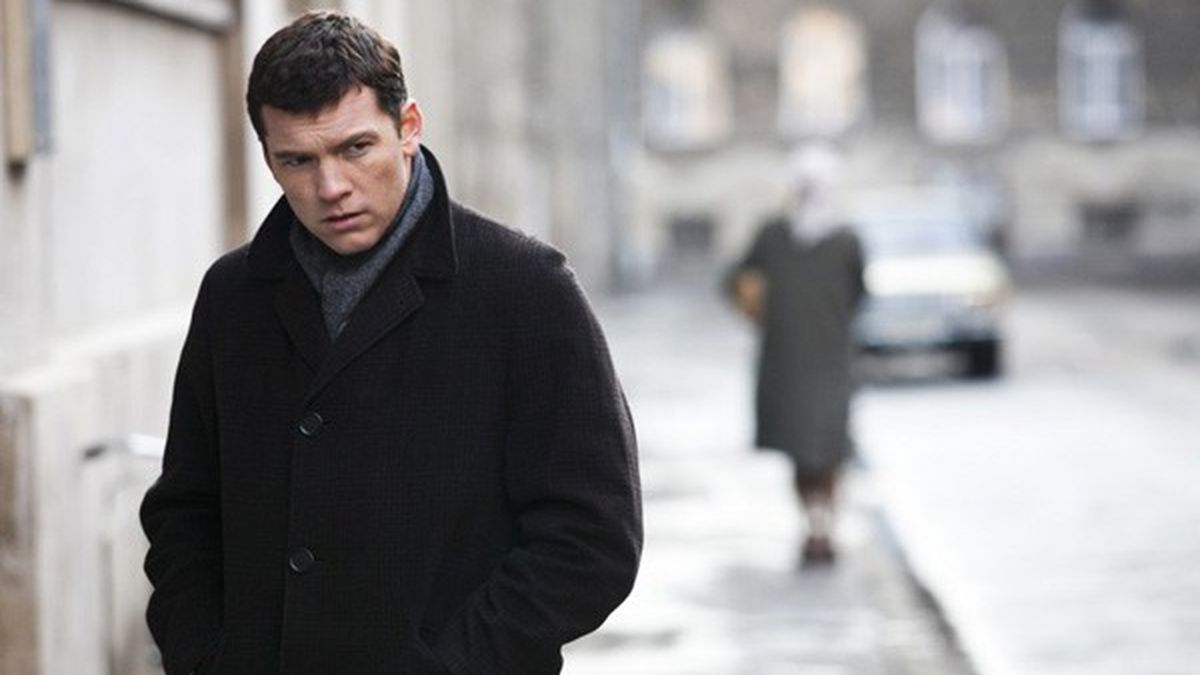 How to defuse a thriller.

The framework of a decent thriller is there. WWII German Nazi war criminal Dieter Vogel, the infamous “Surgeon of Birkenau,” is being hunted by the Israeli Mossad, circa 1965-66. A trio of Mossad agents — Rachel Singer (Jessica Chastain), David Peretz (Sam Worthington), and Stephan Gold (Marton Csokas) — has tracked the former death camp physician (Danish actor Jesper Christensen) to East Berlin, where he is practicing obstetrics and gynecology under the name Doktor Bernhardt. The Israeli agents decide to trap Bernhardt/Vogel using Rachel as the bait, a plan with unintended emotional conflicts because of her newfound romantic feelings for her comrade in arms, David.

The hunt for Vogel forms the flashback portion of John Madden’s The Debt, an altogether regular spy drama that could have been much better. In the foreground, set in Israel in 1997, the fates of the three Mossad operatives have played out differently than they wished. All three are national heroes for their Nazi-hunting work, but the older, wiser Rachel (Helen Mirren) harbors major regrets about her former lover David (Ciarán Hinds) as well as nagging doubts about the mission. Those doubts are the germ of the film’s procedural action, but director Madden makes a stiff job of it.

It’s hard to have a decent spy film without getting the mechanics right. The story should move deliberately from A to B to C. Madden and his screenwriters — Matthew Vaughn, Jane Goldman, and Peter Straughan, adapting Assaf Bernstein and Ido Rosenblum’s screenplay for the Israeli film Ha-Hov — set up a queasy-making scene in which Rachel visits Dr. Bernhardt’s office for a checkup. In the manner of the best espionage thrillers, we’re not exactly certain that Bernhardt really believes Rachel’s cover story, and that gives his words and body language an extra layer of creepiness. Maybe he’s on to me, she thinks as she sits with her legs up in the stirrups, the diabolical doctor examining her just as he might have examined those concentration camp inmates years ago.

But later, when the time comes for the Mossad trio to spring the trap alongside a railroad track near the Berlin Wall, a gumminess spreads over the key action scenes. Madden’s dull style of moviemaking robs the story of its procedural interest. Instead of the crisp cutting and urgency of, say, Steven Spielberg’s Munich, we get bogged down in too many reaction shots and the characters’ inter-relations. Later, in the foreground story when Mirren’s Rachel goes to Ukraine to put the finishing touch on the mission, we regain some of the lost momentum, but by then it’s too late. We can have a spy adventure or a tale of lost love, but Madden, a journeyman maker of moderate entertainments (Proof, Shakespeare in Love), clearly cannot combine the two effectively. Just another reminder, as if any were needed, that not everyone can be a Spielberg.

All of the acting is serviceable. Mirren, who appears in seemingly every third movie lately, doesn’t seem to be much challenged by her role as the aging spy — but at least she makes the character believable. So do Worthington, Chastain, Christensen as the evil Nazi, and the ubiquitous Tom Wilkinson as the older version of Stephan. Once again, it’s growing obvious that filmmakers may be scraping the bottom of the barrel of Holocaust and Holocaust-related scenarios. It’s been a fruitful narrative source for years, but maybe it’s time to give it a rest.

7th West Is a New Hub for Music in West Oakland

Evidence Suggests That Sheltering-In-Place is Working