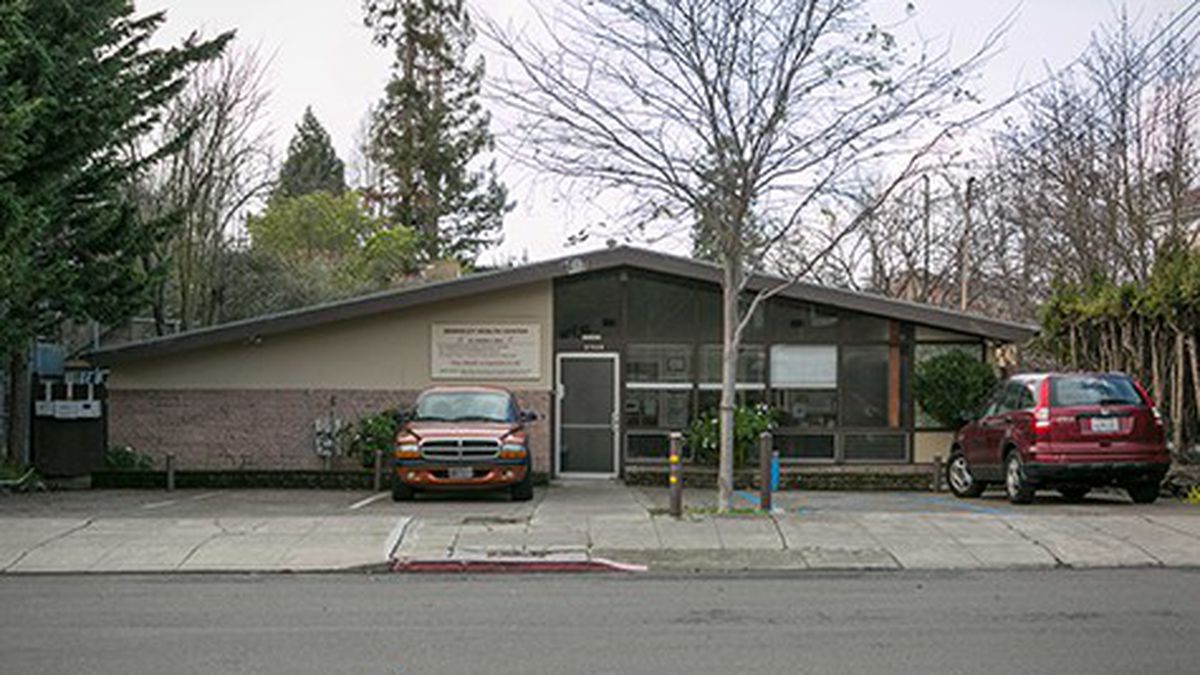 The Collapse of Berkeley Health Center

A nonprofit that provides medical services to low-income people has mismanaged public funds, filed for bankruptcy, and failed to prepare patients for its closure.

For forty years, the Bay Area Consortium for Quality Health Care, a private nonprofit, has provided medical services to low-income and uninsured people at sites in Oakland and Berkeley. With public funding from local and federal grants, the consortium, which specializes in HIV/AIDS treatment, has offered primary care to some of the sickest, most vulnerable patients in the East Bay. But in recent years, under the direction of its executive director Gwen Rowe-Lee Sykes, the consortium’s financial stability has eroded, as has its ability to care for patients, according to public records.

In the wake of mounting debts, the consortium filed for bankruptcy on August 4, 2014 and this week will have to shut down its last remaining clinic, the Berkeley Health Center for Women and Men. The closure comes after a federal bankruptcy judge terminated the center’s lease at 2908 Ellsworth Street in South Berkeley and, during a tense hearing last week, ordered the nonprofit to immediately vacate the property. Extensive court documents included in the bankruptcy case, along with state and county reports about the nonprofit, paint a picture of a taxpayer-funded operation plagued by financial mismanagement and protracted disputes.

The Bay Area Consortium currently owes hundreds of thousands of dollars to the state and federal governments and to its landlords, employees, vendors, and consultants, according to court records. Those debts include unpaid payroll taxes, resulting in more than $68,000 that the nonprofit owes to the state and nearly $700,000 it owes to the Internal Revenue Service.

Despite the insurmountable debts, court records and Sykes’ own testimony at a hearing last week reveal that the executive director has done little to prepare for the Berkeley clinic’s closure and has failed to warn patients about a possible shutdown, raising concerns about both the handling of confidential medical records at the facility and the future care for people who have relied on the center. Some fear the consequences could be fatal.

A number of financial missteps appear to have paved the way for the downfall of the consortium, which Sykes has directed for more than a decade. In 2009, Alameda County ended a roughly $800,000 annual contract it had with the consortium to provide medical care to indigent patients, according to Alex Briscoe, director of the county’s Health Care Services Agency. “We had unresolved questions about their ability to provide the highest value for our scarce local resources,” he said, declining to disclose the county’s specific concerns. “Our role … is to ensure that the people we serve have access to the highest standard of care, not to ensure the financial sustainability of any specific provider.”

The consortium’s revenues have continued to decline since it lost that lucrative contract. The organization’s gross revenues dropped from $2.4 million in 2009 to $1.5 million in fiscal year 2011-12 to just $537,000 in 2013-14, according to public documents and the bankruptcy records. The nonprofit also recently lost federal funding from the Health Resources and Services Administration (HRSA) as part of its Minority AIDS Initiative. A HRSA spokesperson said that the AIDS program stopped funding the Bay Area Consortium at the end of fiscal year 2012 (but noted that the nonprofit has continued to receive limited HRSA money as part of an Alameda County grant for ambulatory medical care).

State and county health officials have repeatedly expressed serious concerns about how the nonprofit has spent public funds, records show. A state audit of the Bay Area Consortium’s fiscal year 2010-11 expenditures concluded that the organization failed to adequately document $206,206 in expenses of funds from the federal AIDS grant. The nonprofit “severely impeded the audit by restricting and limiting the days access was permitted to their facility for the inspection of records,” the state report said, adding that those actions constituted a violation of state contract requirements.

County officials wrote in a 2013 report that, as a result of the “serious administrative, programmatic, and fiscal deficiencies” that the audit uncovered at the Bay Area Consortium, the county had instituted a “corrective action plan” to help the nonprofit fix its mistakes. The organization, however, subsequently failed to comply with more than a dozen requirements outlined in that corrective plan, health officials wrote.

But in court, the Berkeley Health Center’s landlord, SLG 2908 Ellsworth LLC, stated that between August 2006 and November 2014, the nonprofit only paid rent on time on three occasions. Over the last eight years, there were fifteen months total for which the nonprofit did not pay the full rent and 82 months in which payments were late, the landlord alleged. As of last December, the organization owed SLG nearly $50,000, the landlord’s representative, Hab Siam, wrote in court filings. He told me by phone, “The landlord has been very, very patient.”

The bankruptcy documents also raise questions about the involvement of Sykes’ family in the health consortium. The records list Sykes’ brother and mother as “consultants” to the nonprofit and major creditors in the bankruptcy case. Sykes claimed in court filings that her organization owes $280,000 to Alex Rowe, her brother, and $80,000 to Betty Rowe, her mother. The Bay Area Consortium owed them both for their “consulting services,” the filing claimed. Records show that Betty Rowe has worked for the consortium as a nurse, but it’s unclear what position her brother may have held at the organization. Neither family member could be reached for comment, and when I spoke to Sykes by phone last Friday, she declined to comment for this story.

In a written bankruptcy declaration, Sykes also claimed that a “state audit” revealed that Alameda County owes her consortium at least $2 million, but Briscoe, the county’s health care services director, told me he knew of no such audit. I also sent Sykes’ statement to spokespeople for the California State Auditor’s Office, the California Department of Managed Health Care, and the California Department of Public Health. All three agencies said they had no records of any audits that backed up Sykes’ $2 million claim. Peter Hadiaris, an attorney representing the consortium in the bankruptcy case, declined to provide me with any financial records that supported Sykes’ statement of county funds owed to her nonprofit.

Sykes is no stranger to conflicts with county officials. In 2006, the Alameda County Board of Supervisors fired her from her position as a board trustee for Alameda County Medical Center (the network that includes Highland Hospital and is now called Alameda Health System). After she was fired, Sykes sued the board of supervisors (see “Secrets and Lies,” 9/26/07). Meanwhile, court records show that, over the last decade, the Bay Area Consortium has been the subject of more than fifteen civil complaints in Alameda County Superior Court, including multiple disputes involving former staff members in which the nonprofit was ultimately ordered to make payouts.

Long-term financial troubles aside, staff and patients at the Berkeley Health Center are faced with an immediate crisis — one that the nonprofit may not be equipped to handle. As of last week, Sykes had taken few steps to prepare to close the clinic. After US Bankruptcy Court Judge William Lafferty officially terminated the clinic’s lease in January, due to the nonprofit’s continued inability to pay off its debts, Sykes refused to close the health center and vacate the property. Last week, Lafferty authorized the US Marshals Service to force the health center out.

In response to Sykes’ recent hearing testimony arguing that an immediate eviction could put sick patients at risk, Lafferty scolded the nonprofit director for failing to prepare for a shutdown, repeatedly emphasizing that she knew for months that the closure could be imminent. Lafferty further noted that months earlier the court gave the consortium the opportunity to appoint an ombudsman to represent patient interests during the proceedings — an offer he said Sykes declined.

A January 9 letter to the court, written by Dr. Deborah Wafer, Berkeley Health Center’s medical director, sheds light on just how unprepared the center is for closure — and how Sykes has apparently failed to communicate to her own staff the gravity of the situation. Wafer wrote that she had learned only one week prior that the clinic was facing immediate closure, writing, “[I]t does not appear that a plan exists to ensure the health of patients and reduce patient harm.”

Wafer said she feared that the nonprofit would have difficulties consulting and tracking patients with complex medical issues and worried that the center would be unable to comply with federal patient privacy laws in the process of vacating the clinic. Some patients, she wrote, might remain “untreated for conditions that lead to medication failures, stroke, heart attack, diabetic coma, malnutrition, increased HIV and Hep C infection and contamination, increased and unnecessary emergency room and hospital admissions and/or death.”