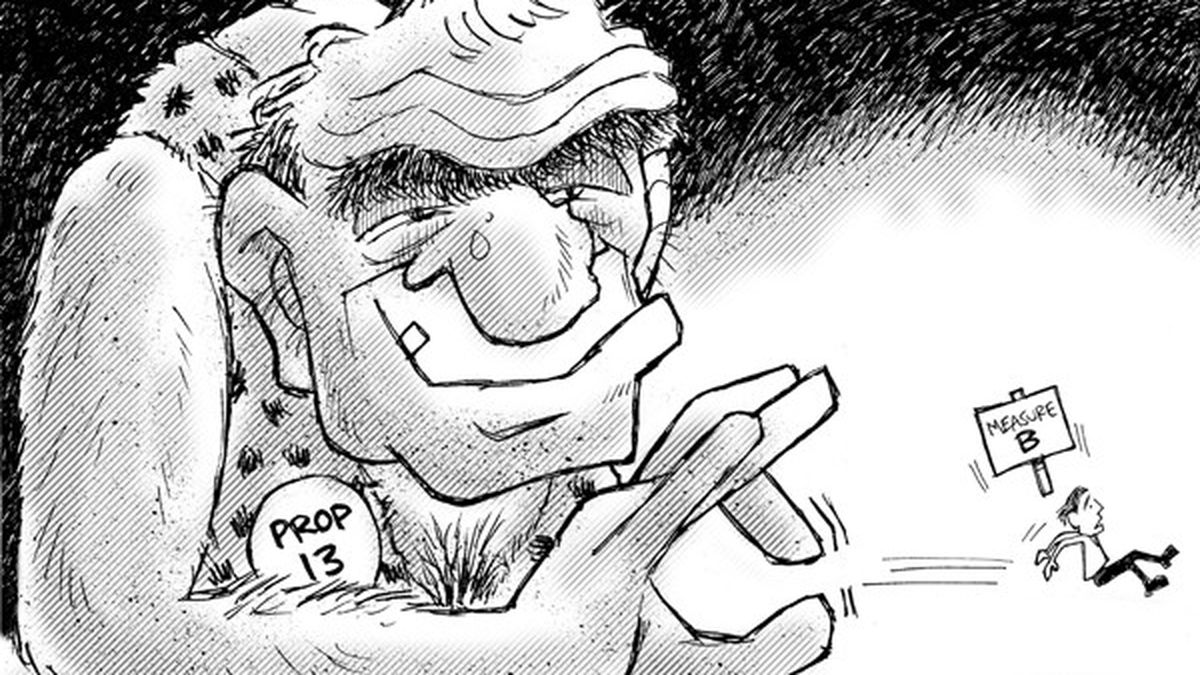 The defeat of two ballot measures will make it much more difficult for the East Bay to do its part in the fight against global warming.

Sometimes we feel like a broken record here at the Express. During the past several years, we’ve written extensively about climate change and the most effective ways to combat it. As such, readers know that cars and trucks are among the primary causes of global warming, and that one of the most important things that we can do in the East Bay is to spur urban growth and limit suburban sprawl so that people will have shorter commutes — or better yet, will walk, bike, or take mass transit to work. However, the narrow defeat of two key ballot measures — B1 and T — in this month’s election will make it much more difficult to achieve those goals.

Measure B1, a proposed countywide sales tax that would have generated billions of dollars over the next thirty years for mass transit, bike lanes, pedestrian walkways, and urban housing developments, lost by the slimmest of margins — just 0.14 percent of the vote, according to the Alameda County Registrar of Voters’ final tally. It received 66.53 percent of the vote — just shy of the 66.67 percent it needed to pass. In terms of actual votes, it fell short by 721 of the 527,403 ballots cast in the contest.

Measure T, a proposal to spur housing growth in West Berkeley, lost by 512 votes, 50.5 percent to 49.5 percent. The measure would have allowed dense housing developments on six underused sites in West Berkeley. It was backed by Mayor Tom Bates and Councilmembers Darryl Moore, Laurie Capitelli, and Susan Wengraf — all four of who won reelection. The Express endorsed both Measure B1 and T.

Unfortunately, the Yes on Measure B1 campaign was lackluster. The narrow defeat of the measure also provided yet another example of California’s dysfunctional political system. B1 received nearly twice as many “yes” votes as “no” votes — 350,899 to 176,504. Yet that wasn’t quite good enough, because Prop 13, passed by California voters in 1978, requires a super-majority (or two-thirds of the vote) for tax measures like B1 to pass.

The good news is that Democrats won a super-majority in both houses of the state Legislature. And hopefully one of their immediate priorities will be starting the process of reforming Prop 13. It is ridiculous that a small minority — in the case of Measure B1, just 33.47 percent of the electorate — can prevent a large majority from taxing itself to pay for essential programs and services, particularly when those things will help fight climate change.

In Berkeley, the narrow defeat of Measure T doesn’t mean there won’t be any dense housing developments in the so-called “green corridor” of West Berkeley; it just means it will be much tougher to build them. One of the primary sponsors of the measure, Berkeley businessman Doug Herst, is now weighing his options on what to do about his proposed Peerless Greens mixed-use project, which was to include an artists’ colony and employ top-level green-building standards. “We’re waiting to hear from the city on how to move forward at this point,” said Darrell de Tienne, a consultant who is working with Herst on the project.

In an interview, Moore attributed the Measure T defeat to two factors. First, he noted that the measure was rather complex. Indeed, it included more than nine pages of proposed zoning changes. Moreover, research has repeatedly showed that when voters are confused by a measure, they tend to vote no.

Moore also blamed the No on T campaign, which called itself Save West Berkeley, for promulgating “a lot of misinformation.” “Their yard signs said, ‘Save Aquatic Park,’ when they knew full well that we [city councilmembers] had taken the Aquatic Park [development] sites out of the measure,” Moore noted. As a result, some voters mistakenly believed the measure would have harmed Aquatic Park.

Last Friday morning, the Secretary of State’s Office reported that there were still at least 1.7 million uncounted ballots in California — ten days after the election. The Alameda County Registrar of Voters office, which was much more efficient at counting ballots than most other election offices around the state, didn’t post its final vote tallies until last Thursday night. As a result, several close contests in the county, including Measures B1 and T, were not decided until nine days after the election.

Welcome to the new normal.

In fact, we’ll probably have to wait even longer in the future for final election results in close contests. How could this be, in an era of high-tech wizardry? The main culprit is absentee voting — also known as voting by mail. Throughout California, an increasing number of voters are using this method to cast their ballots. But the problem is, a substantial number of these voters are failing to mail in their ballots on time. Instead, they drop off their ballots at polling places on Election Day.

The biggest issue with absentees is that they take much longer to process than regular ballots. For instance, the signature on each absentee ballot must be checked with the voter’s original signature on file (that’s because absentee voters don’t have to show up in person to cast their ballots). And because absentees are so cumbersome to process, election officials prefer to deal with them before Election Day. But they can’t do that when voters turn in their absentees at polling places.

So how big is the problem? About 160,000 voters in the county turned in their absentees on Election Day this year. That represents about 27 percent of the total votes cast.

In short, the combination of late-absentee and provisional ballots makes for delayed election results. And it promises to get worse in the future because more and more people are turning to absentee voting.

In fact, it was a minor miracle that Alameda County elections officials finished as quickly as they did this year. According to the Secretary of State, no other large county in the state — including San Francisco, Contra Costa, and Santa Clara — was done with its tabulations before Alameda. “We worked pretty hard,” Macdonald noted. “Most of the staff here hasn’t had a day off for more than a month.”