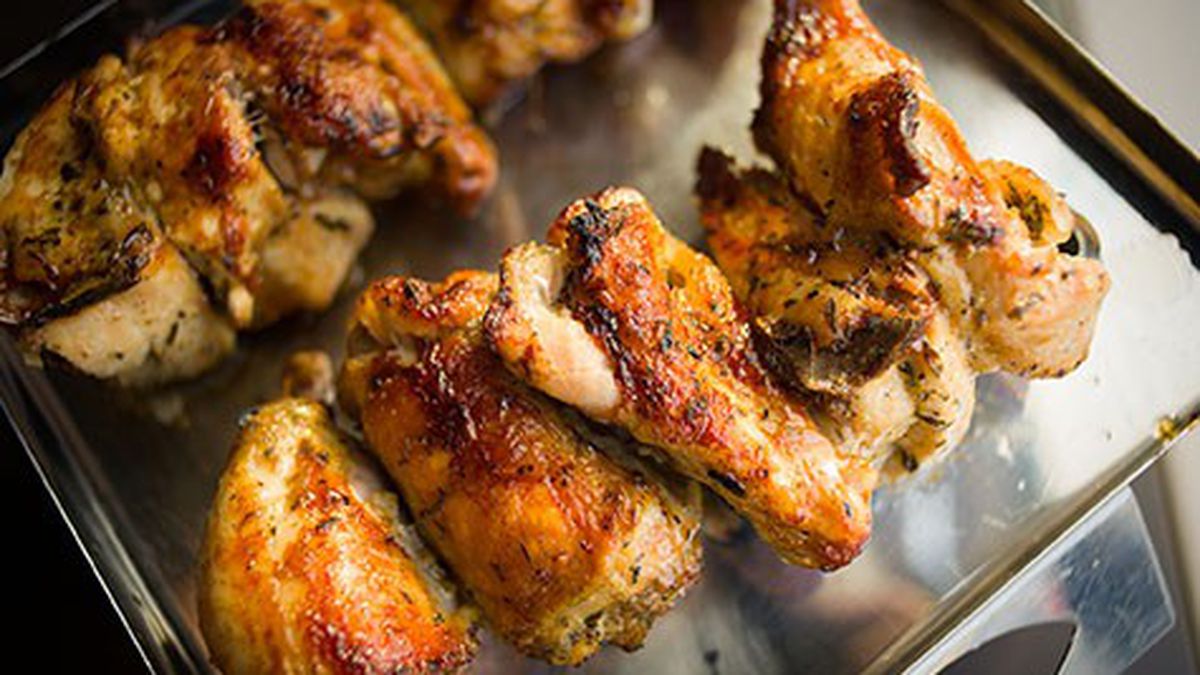 Maybe it’s the frugal immigrant kid in me that causes me to approach every buffet line with the adversarial mindset of a bargain hunter at a used car lot. Surely, the proprietors of these establishments have laid out a series of traps to trick me into wasting precious stomach space — and to prevent me from getting my money’s worth. More bread? No thank you! Of course, the more expensive the buffet, the higher the stakes.

So it was with some caution that I visited Galeto, a gleaming new Brazilian-Italian restaurant in Old Oakland where, for the past two months, owner Eli Nascimento and chef Robson Barreto — both formerly of San Francisco’s Espetus, a popular Brazilian steakhouse — have plied customers with an all-you-can-eat bonanza that must rank up there with the most sumptuous in town.

Thanks in part to a handful of high-end chains that have popularized the churrascaria (Brazilian barbecue restaurant) concept, in much of the United States, Brazilian cuisine is synonymous with unlimited portions of spit-grilled steak, carved tableside by knife-wielding servers. But Nascimento told me that he wanted to create a hybridized, Italian-inspired take on the theme: part steakhouse, part nod to another kind of all-you-can-eat restaurant, the galeteria, which was developed by the robust Italian community in southern Brazil. At these restaurants, you’ll find heaping plates of pasta, fried polenta, a well-stocked salad bar, and, most notably, a kind of rotisserie-grilled young chicken — i.e. the galeto — that serves as Galeto’s namesake dish.

For the more skeptical buffet diner, the Italian part of Galeto’s menu also functions as a kind of danger zone — a way for the restaurant to load you up with as many carbs as possible before you even get to the tastier, more interesting part of the meal. In addition to the meaty main attractions, diners are presented with a parade of heavy starches. With dinner prices set, rather steeply, at $38.95 a person (not including drinks or dessert), you need a game plan and more than a modicum of self-restraint if you’re to get your money’s worth.

The meal starts with cappelletti (small, hat-shaped tortellini) soup and a trio of starchy appetizers: fried polenta sticks; fried bananas; and puffy rounds of house-made pao de queijo, or Brazilian cheese bread, which were easily the best of the three. I loved the bread’s mild cheesy flavor and spongy texture (thanks to the use of yucca flour instead of wheat) — it’s like a French gougère‘s chewier cousin, or a savory version of Asian mochi bread.

Then comes … more starches, in the form of big bowls of rather unremarkable pasta, often a linguine with marinara sauce and another kind of pasta (mushroom ravioli during one visit) served in a white, cream-based sauce. The cream sauce was tasty enough if you like that kind of thing, but still far too rich for me.

Save your stomach for the meat. To start out, one of the servers — who double as grill masters — brings you a small, charcoal-fueled warming oven topped with several pieces of bone-in chicken (Mary’s Free Range) that have been marinated overnight and, like all of the meats at Galeto, are spit-grilled over an open flame. I’ve had more tender chicken and more crisp-skinned chicken, but in terms of concentration of savory, smoke-kissed, herb-infused flavor, Galeto’s signature dish is hard to top.

Nascimento stressed that Galeto is not a true Brazilian steakhouse per se — that the restaurant only offers four different cuts of meat, not the usual fourteen or sixteen choices. (If you’re craving filet mignon or lamb chops or chicken hearts, head elsewhere.) The beef and pork also aren’t as carefully, or expensively, sourced as the chicken.

Still, it’s the beef that winds up stealing the show. In particular, the picanha (listed on the restaurant website as “sirloin,” but really the top sirloin cap) was topped with a thick, nicely caramelized layer of fat and had a lush, buttery tenderness. And the alcatra (top sirloin) was notably juicy. As is traditional, the beef at Galeto is only seasoned with salt, so what you end up tasting is the flavor of the meat itself, enhanced by a deep smokiness from the grilling process.

However, I found the pork tenderloin, served either plain or crusted with Parmesan, to be dry and overcooked.

Since the skewers don’t circulate around the room quite as frequently as at the more specialized churrascarias, don’t be shy about asking for an extra slice or two. It’s also worthwhile to request pieces that are cooked to your preferred level of doneness. For me, the best slices were quite rare and included a bit of the caramelized fat cap and the crisp outer crust. After cutting off a few slices, the meat-carvers bring the steaks back to grill for re-seasoning and to re-char the outsides, so that’s where most of the flavor is concentrated.

So much food, and I’ve yet to even mention the self-serve food bar, which features a wide range of both hot and cold items such as beef stew, more cream-laden stuffed pasta, a mayonnaise-heavy (and rather tasty) potato salad, hummus, quinoa, fiery marinated chiles, and supermarket-quality salumi (during dinner hours only and not worth the bother). You’ll want to go easy here, but do help yourself to some white rice, and top it with a scoop of soupy black beans and a sprinkling of toasted yucca flour. For rice-and-beans lovers, this is one starch that’s worth the stomach space.

Recently, the restaurant started offering a by-the-pound, salad-bar-only option — available to both dine-in and takeout customers.

Value-conscious parents will love the fact that kids under the age of six eat for free. But my biggest tip? Skip dinner and go for weekday lunch, when Galeto charges half the price for just as much food. If you’re able to head back to work without first scheduling in time for a nap — well, let’s just say you’re a better person than me.

Next ArticleMid-Week Menu: The Kwik Way Is Closed, Muracci’s Is Coming to Berkeley, and The Dock Is Giving Away Beer