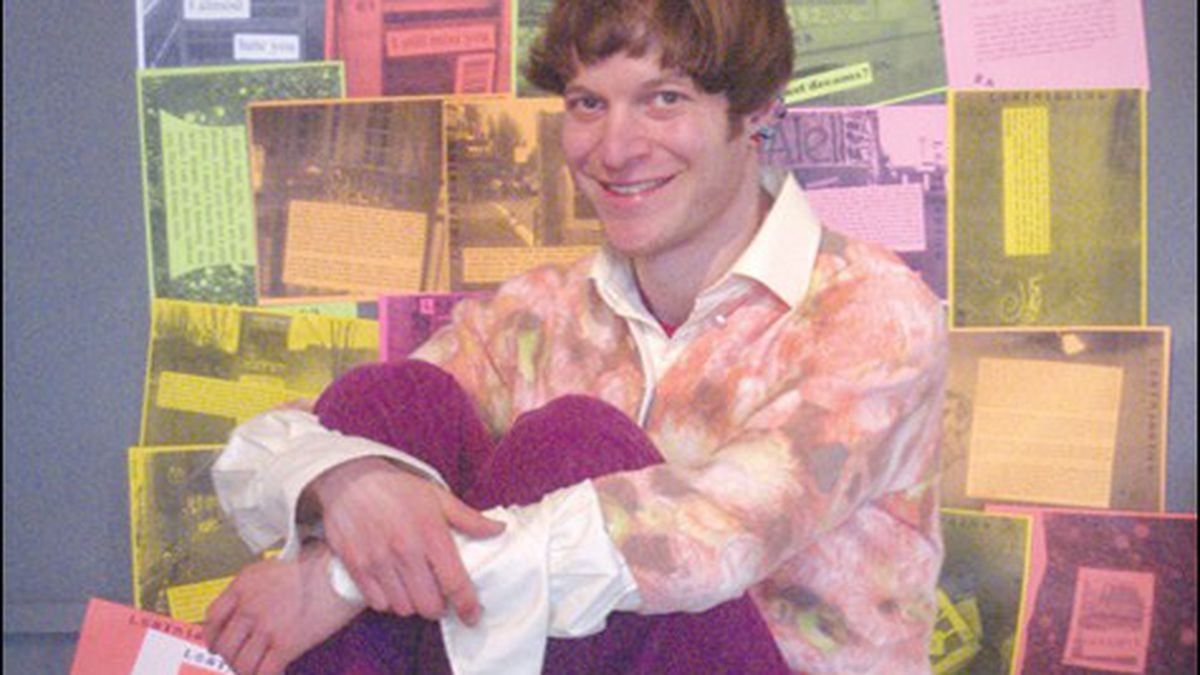 The Book That Dare Not Speak Its Name

The title of the new collection edited by Mattilda Bernstein Sycamore is so potentially incendiary that her publisher’s emails about it have gotten hung up in spam folders. And that gets right to the point: Why Are Faggots So Afraid of Faggots? “‘Gay’ is now little more than a target market,” said Sycamore, “an indicator of where you shop, what you buy, and what new sweatshop-produced products to promote, whether it’s Diesel jeans or Absolut Vodka or anal bleaching cream. ‘Gay’ is also synonymous with a drive for straight privilege at any cost, a quest for ‘we’re just like you’ sameness squashing any possibilities for sexual, gender, political experimentation. With this book, I want to ask the question: What are the possibilities for a defiant faggotry to challenge the corporate-cozy norms of a dead-end assimilationist lifestyle? ‘Faggot’ is a threat — to gender and sexual policing, to straight and gay norms that say keep it hidden, in the closet, away from public view unless it’s ‘straight-acting’ complacency or consumer loyalty masquerading as community. And ‘faggot’ is a celebration — of flamboyance, freakishness, and wild visions of public indecency.”

The voices in the collection are predictably unpredictable, from D. Travers Scott’s glitter-laden rebellion against the “either/or” structure of Internet dating sites (and the masculinist vibe of the Internet in general) to Debanuj DasGupta’s enlightening look at life pre- and post-9/11, “Trans/Nationally Femme: Notes on Neoliberal Economic Regimes, Security States, and My Life as a Brown Immigrant Fag.” One of the most soul-twisting pieces is Matthew Blanchard’s “It Gets Better?,” a brutal but clear-eyed account of hate, debauchery, drugs, and disfigurement. When something was missing from the book, said Sycamore, “I tried to search it out — I was looking for a piece centering around disability, and that’s how I found Matthew’s piece about so much else. And, I was looking for a piece about prison, and I ended up with Jason Lydon’s piece on community and its limitations in prison, and Mishael Burrows’ view from a straight female prison guard in a male prison — I would never have thought to look for that one!” Blanchard joins Sycamore at 7:30 p.m. on Monday, February 20, at Pegasus Books (2349 Shattuck Ave., Berkeley, 510-649-1320 or Pegasus.Indiebound.com), as do Tommi Avicolli Mecca, whose piece covers the queer scene of 1970s Philadelphia; Jaime Cortez, who writes bittersweetly about a wee-hours pickup; and Horehound Stillpoint, who recounts three decades of visiting a SOMA cruising bar. “Yes,” admitted Sycamore, “it will be a very cruisy reading at Pegasus, that’s what I’m thinking.”

Up next for the prolific Sycamore are a memoir, The End of San Francisco, and We Are Not Just the 99%, a new anthology about the “queering of Occupy movements and their rhetoric of sameness — what could a queer politic that emphasizes difference have to offer?” She’s taking submissions for that book now, via MattildaBernsteinSycamore.com. In the meantime, Why Are Faggots …? comes out on Valentine’s Day. “Why settle for a stomachache, a bunch of prickly thorns, or a gaudy symbol of possession when you can instead get your hands on this gorgeous, thought-provoking, juicy book that might change or affirm the ways you look at the world?” asked Sycamore. “It’s the perfect romantic gift.”