Controversy is swirling around a plan to build a large sports complex on Piedmont's last remaining parcel of open space. 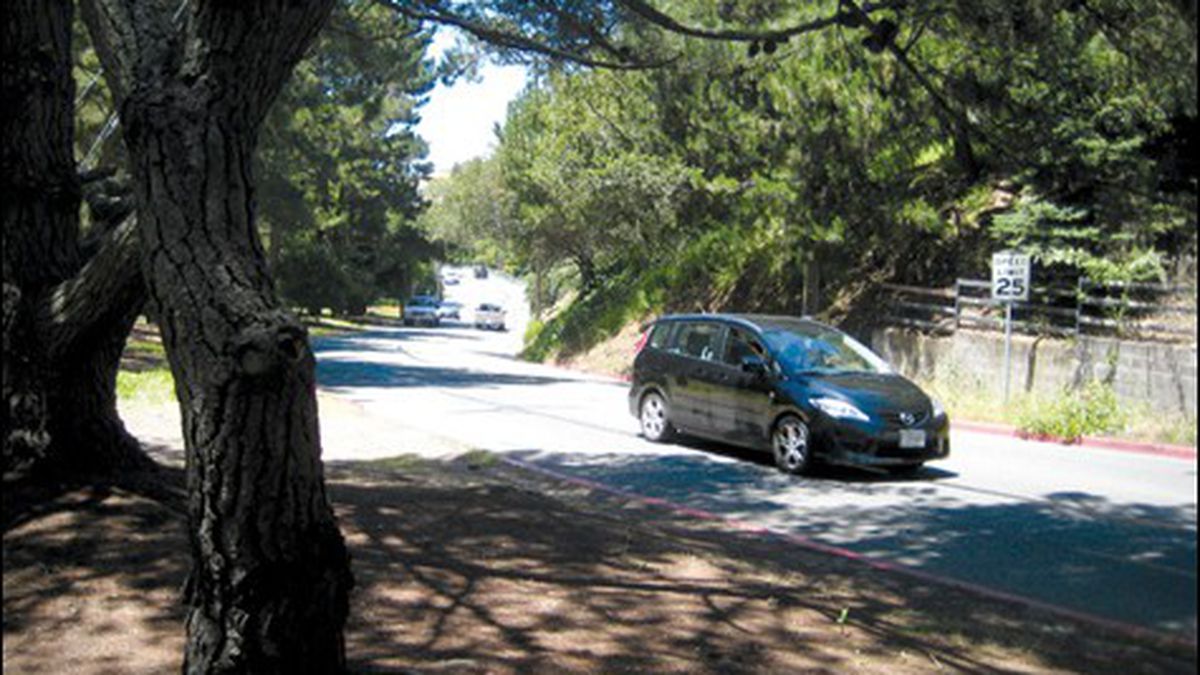 There are few things that residents of Piedmont can agree on about Blair Park, a 5.5-acre strip of undeveloped land along busy Moraga Avenue. Well, perhaps just one: that the park, Piedmont’s last remaining open space, is underutilized. Sandwiched between the two-lane road and a steep canyon wall, the park’s long and narrow floor is of little use to anyone but dog walkers willing to brave the thoroughfare without the aid of crosswalks or fences. Yet the sheer potential of this city-owned parcel, fragrant with pine and, when the din of traffic subsides, quiet but for the chirping of birds, has placed it at the center of a controversy some residents deem the most politically charged issue to face Piedmont in decades.

Six years ago, a group of Piedmont residents calling themselves the Piedmont Recreational Facilities Organization formally set their sights on Blair Park as the home of a new $6.5-million privately funded sports complex. A couple dozen wealthy donors would foot the bill, and Piedmont would no longer have to send many of its youth sports teams to overflow fields in nearby cities for practices and games: an apparent win-win. But the proposal was controversial from the start, in part because it involved the removal of 155 trees, including 55 mature live oaks, a massive bay laurel more than one hundred years old, and a row of Monterey pines planted along the street by residents in the 1970s.

The project has since passed through dozens of city and community meetings and subsequent design revisions. Yet with the Piedmont City Council’s approval of the project’s environmental impact report in December, preliminary approval of the design in March, and impending final decision, the issue has become more heated than ever. Opponents allege that the promise of a free facility has clouded the city’s judgment in supporting a fundamentally flawed project.

“The only reason this plan has gotten this far is a certain element in town has said they will pay for it,” said Randy Wedding of Friends of Moraga Canyon, a nonprofit organization that has lead the opposition. “For that reason, none of the due diligence that would normally be done on a project like this has been done. It’s been kind of a stealth project.”

Piedmont Recreational Facilities Organization president and spokeswoman Jessica Berg disagreed. “This project has been studied in the most robust manner possible,” she said. “We have looked at impacts in Piedmont and in Oakland in every way that we could, and no stone has been left unturned.”

The proponents’ current plan is smaller in size than the original. It includes one field instead of three and a reduced footprint of approximately 3.3 acres, leaving 40 percent of the park undeveloped, which may drop the price tag to around $5 million. Opponents, however, maintain that the project is still inappropriate for the site.

One of the major sticking points is the park’s proximity to winding Moraga Avenue, which offers poor sight lines and may pose a safety risk to pedestrians — especially with another sports complex, Coaches Field, located directly across the street. Friends of Moraga Canyon, which has supplied hundreds of homes with “Save Moraga Canyon” and “Save Blair Park” yard signs and gathered more than 1,000 signatures on its petition objecting to the sports complex, argues for retaining Blair Park as Piedmont’s last natural open space with better maintenance and only minor site improvements.

Part of the organizations’ reasoning is that Blair Park, which abuts hundreds of acres of open space at Mountain View Cemetery, belongs to a wildlife corridor housing 22 species including turkey, deer, fox, and coyote. City Councilman Garrett Keating, who has been critical of the project’s environmental impacts, supports the organization’s view: “The EIR in my opinion essentially ignored those species,” he said. The Sierra Club and Golden Gate Audubon Society have joined the environmental cause by contesting the removal of the 155 trees.

But some councilmembers disagree. Councilman Jeff Wieler suggested that studies have shown the park to be a peripheral area offering habitat to little more than squirrels and opossums, and the huge Monterey pines lining Moraga Avenue to be overgrown, diseased, and in generally bad shape.

Opponents have also raised concerns about the effects of the massive retaining walls that would have to be constructed on the park’s southern edge, which butts up against a steep canyon wall. While details on the most current plan have not been made public, the proposal analyzed by the city in March included eighty-foot cuts into the bottom of the existing hillside and the addition of two retaining walls totaling 325 feet in length and reaching approximately 35 feet in height. This proposal also calls for rerouting sewer lines in the hillside. Opponents say the design is unsightly and poses a considerable risk to the 25 homes built directly above the park, especially in the case of an earthquake.

Even Oakland officials have joined the chorus of complaints, citing concerns over the design and the adequacy of the EIR. Councilwoman Libby Schaaf, whose districts abuts Piedmont, has delivered comments in person, while Community and Economic Development Agency deputy director Eric Angstadt has submitted two letters strongly criticizing the report certified in December.

In February, Piedmont’s five-member planning commission vindicated opponents’ concerns, ruling that the complex was inappropriately scaled and represented an overdevelopment of Blair Park. In a unanimous decision recommending that city council not move forward with the project as proposed, the commission also identified serious public safety risks and numerous points of incompatibility with Piedmont’s general plan. “I think this project is just much too large for this site,” said commission member and former chairwoman Melanie Robertson, a practicing architect. “Nothing’s happened yet to change our opinion.”

Piedmont’s four city council members didn’t say as much in their decision that night, but may well have been swayed by the fact that the project was being presented as a gift. “When a city is looking at providing services, any time private funds are available it’s something you have to look at,” said Wieler, who delivered the council’s opinion at the contentious March meeting, which ran from 7 p.m. to 2:30 a.m.

“The planning commission does a fantastic job,” he continued. “Normally I would give them deference. … The concerns expressed about Blair Park are certainly legitimate, but what do you do when it’s a case of providing opportunities for children? That’s the kind of issue that you have to weigh.”

Councilman Keating, who expressed the council’s lone dissenting opinion, felt that alternative proposals presented at the meeting offered safer and more efficient options. But the Piedmont Recreation Facilities Organization has committed only to funding its own plan, and the city doesn’t have the money available to go it alone. “If this is going to be privately funded, that’s a huge windfall to the city,” Keating said. “For some councilmembers, I’m sure that was a mitigating factor.”

The city has a long history of public-private partnerships within parkland. Nearby Coaches Field, which some residents have proposed expanding as an alternative to developing Blair Park, was funded in large part by Otis Spunkmeyer, Inc. The development of an adjacent skate park was also privately funded, as was eight-acre Dracena Quarry Park, located a mile away.

Still, Blair Park hasn’t gotten the green light yet, and may have a way to go. The council’s final hearing has already been delayed nearly three months by the project’s missing traffic plan. According to City Administrator Geoff Grote, the Piedmont Recreational Facilities Organization has submitted four alternatives to the city, each employing various combinations of roundabouts and signals to manage traffic flow and pedestrian safety. But in order to render a decision on them, the city has asked proponents to first pony up $65,000 for environmental and legal studies, a request that the organization has yet to grant, Grote said. Furthermore, it’s possible that the selected traffic plan will trigger a supplemental environmental impact report, adding to the project’s cost and further delaying the council’s decision.

And there’s another detail to iron out. Burg said that her organization has proposed funding the first phase of construction upfront and completing further fundraising once the project is approved and work underway, with a target completion date of fall 2012. However, it’s not clear that’ll fly; Wieler said he doesn’t want the city to be stuck with any expenses, and that he won’t approve the plan unless the phased financing and construction plan is made more concrete. “We’re talking about something that is controversial and represents a big chunk of money,” he said. “This is probably going to be the toughest decision I face in my entire term. I’m gonna do my damndest to get it right.”