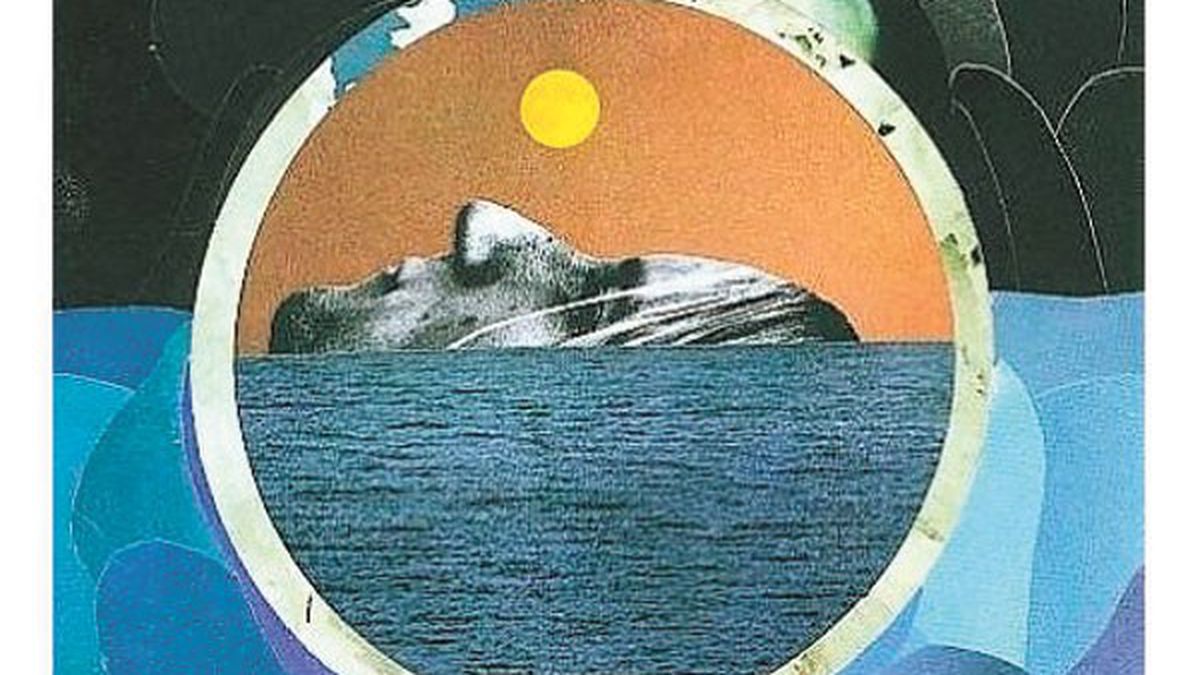 Las Vegas-based trumpeter Walt Blanton slipped under the radar with this disc, a completely improvised, yet tonally and harmonically sophisticated post-bop date featuring Tony Branco on piano and John Nasshan on drums. The three keep it very lyrical, with a few curveballs thrown in, focusing on tight interplay and responsiveness. Lyrical doesn’t mean sleepy though, as a tune like “Suite for Lulu” grows from a simple, mournful trumpet statement to some squeaks and squawks toward the end of its fifteen minutes. Nasshan deserves a lot of credit for pushing and pulling the rhythm, pushing away from any sense of steady swing, and Branco seems to be the one who heads for the edge, bringing first Nasshan and then Branco with him. Monuments goes to show that just because you haven’t heard of it doesn’t mean it’s not great. (Origin Records)

JD Allen Trio, I Am I Am

At first blush, Allen’s sound is a bit overly reminiscent of Coltrane, but listen a bit and that ceases to matter as the incredible thought and emotion come out. Allen and his bandmates Gregg August on bass and Rudy Royston on drums hail from the New York scene that focuses around places like Smalls, and they have a directness and a fervent energy that is infectious and captivating. Throughout the disc, there’s plenty of room for each of the three participants to stretch out (Royston kills it on “The North Star”), and they travel through the mysterious Coltrane moods through a bit of post bop and original tunes built on small motifs that are springboards for thoughtful, spiritful improvisation. This is stellar. (Sunnyside Records)

A welcome return to the slightly more composed style of Quartet and Richter 858, History/Mystery started as an NPR soundtrack for Stories from the Heart of the Land (history) and collaborative art piece with artist Jim Woodring (think of Frisell’s album covers for the Dave Holland/Elvin Jones disc or Gone Just Like a Train), called Mysterio Sympatico (mystery). Featuring an all-star Frisell-alumni band, it just doesn’t get much better than this: Jenny Scheinman, Eyvind Kang, Kenny Wolleson, Greg Tardy, Tony Scherr, and Hank Roberts. The emphasis is on ensemble interaction and subtle embellishments, although Scheinman deserves special mention for some glorious improvisations, and Gregory Tardy lets it rip in the middle of “Subconscious-Lee” and “Waltz for Baltimore.” Frisell unleashes some tasty loops and mood is very deep. Easily one of Frisell’s best albums ever, and I mean it. (Nonesuch)

Earth, The Bees Made Honey in the Lion’s Skull

I’ve been proselytizing about this disc ever since it came out. Since the resurrection of Earth in its slightly more rootsy vein, everything has been awesome, and Bees is no exception. The tunes are great: slow, heavy, and yet hopeful. Steve Moore’s contributions on trombone, piano, and organ provide much of the atmosphere that swirls around Carlson’s stoney, repetitive riffing, and live bassist Don McGreavy joins them on record for the first time. Fellow Seattle-ite Bill Frisell sits in on three tracks, harking back to his freaky days with Power Tools or John Zorn. Not many people are better at creating mood than Carlson and his crew, and they do it with such simple means. Mesmerizing. (Southern Lord)

Although Pitchfork poo-pooed this one, it got hold of me and never let go. David Huemann (Arbouretum) and Nathan Bell (Lungfish) have created a moody, cyclical album of guitar instrumentals, fleshed out with Matt Riley’s bag of tricks (amplified kalimba! Bowed guitar!), Michael Turner on guitar, and Peter Townsend on drums. The album was recorded by Paul Oldham and mixed by John McEntire, so you know you’re in good hands. The reward is in trancing out to it, getting sucked into the slow builds and the sudden quiets, the electric folkiness. This is music of direct simplicity, where the mood grows and sustains and then dissipates. So fork you, pitchy, this is a great disc. (Thrill Jockey)

Jolie Holland, The Living and the Dead

Although maybe purists will diss Jolie Holland for playing it too straight on this disc, ultimately I feel it’s her most listenable since Catalpa. Filled with great songs, great players like Marc Ribot, drummer Rachel Blumberg, and especially M Ward, who helped shape the sound of several of the tracks, The Living and the Dead holds together like great albums of yore, maintaining a varied mood yet a unified, melancholic vision. The tales of losers and lost love are also broken up by more hopeful moments like “The Future” and “Enjoy Yourself.” When Holland multi-tracks her harmonies, it’s stunning, but that’s no surprise to her fans. What’s more surprising is the boisterousness and flat-out rootsy rock, and maybe the lack of really elliptical songwriting. Be that as it may, Holland still strikes a perfect note. (Anti-)

You may have heard by now that the Chicago two-bass-guitar-drums unit is stretching out (more singing! Actually, Stephanie Morris from Scotland Yard Gospel Choir is awesome), but the real story is that QHNNNL is propulsive, energetic, fun, and rocking. I guess you could lump it in with post-rock, but who cares? I really dare anyone to listen to this and bemoan either that Dianogah is stretching out or that two bass guitars is one too many. I don’t necessarily understand any of the song titles, much less the album name, but I really like their attitude. (Southern Records)

Berkeley guitar genius goes nuts, records Judas Priest song. And I mean that in the best possible way. Rather than just go the solo-guitar route as we might have expected (we were introduced to him on the Berkeley Guitar compilation after all), Baldwin holed up with Sam Flax Keener and crafted a meditative album that swings from mind-bending fingerpicking to wailing electric guitar, exploding tanpura to a Can song and the aforementioned Judas Priest tune, sung as if in a cave thirty miles away across the water. Baldwin’s technique is mind-numbing, but he isn’t in it to showoff. Instead he’s searching, always probing. It’s a short album, but completely engrossing; a simultaneously humble and a powerfully strong artistic statement. (American Dust)

Hoff is probably one of a handful of people on the planet that could record a solo bass album and make it engrossing. Solo Bass is both an encyclopedia of different techniques as well as a lesson in how to not overuse them. Citing Lightnin’ Hopkins, João Gilberto, and Munir Bashir and other masters of musical space as his inspiration, Hoff leaves room for his melodies to breathe and the sound to have its effect. Some pieces are pure improvisation, some are compositions, but it would be hard to tell the two apart. Another stated inspiration is Joelle Leándre, but he stays pretty far away from the really out-there tonalities of the European avant-garde here. An avowed anarchist, Hoff here makes a strong case for doing your own thing: make a solo bass record! That’s pretty individualistic. Now make it awesome. That’s extremely against the grain. (self-released)

El Pipe and the May Fire have been pumping out garage-y rock ‘n’ roll EPs for the last few years, and The List may be the best one yet. They were lumped in with the Circo Rocktastico and identify with rock en español (what with band members from Colombia and Chile), but mostly they sing in English and have none of the cheesiness that comes with a lot of that scene. Singer/guitarist Catty Tasso can take a lot of the credit for that, as she tosses off the songs melodically but with enough punk insolence to keep it dirty. El Pipe bashes away at the drums, and Rob Gwin on bass and Johnny Beane on guitar keep it somewhere between raw and pop. The May Fire is a great live band, when you can experience their energy up close, but The List is a great listen down the highway. (Rock Whores Recordings)