.The Best Chinese Restaurant in Oakland That You’ve Never Heard Of

At Ben's Restaurant, typical Chinese takeout dishes are prepared with a lighter touch. They're also a bargain. 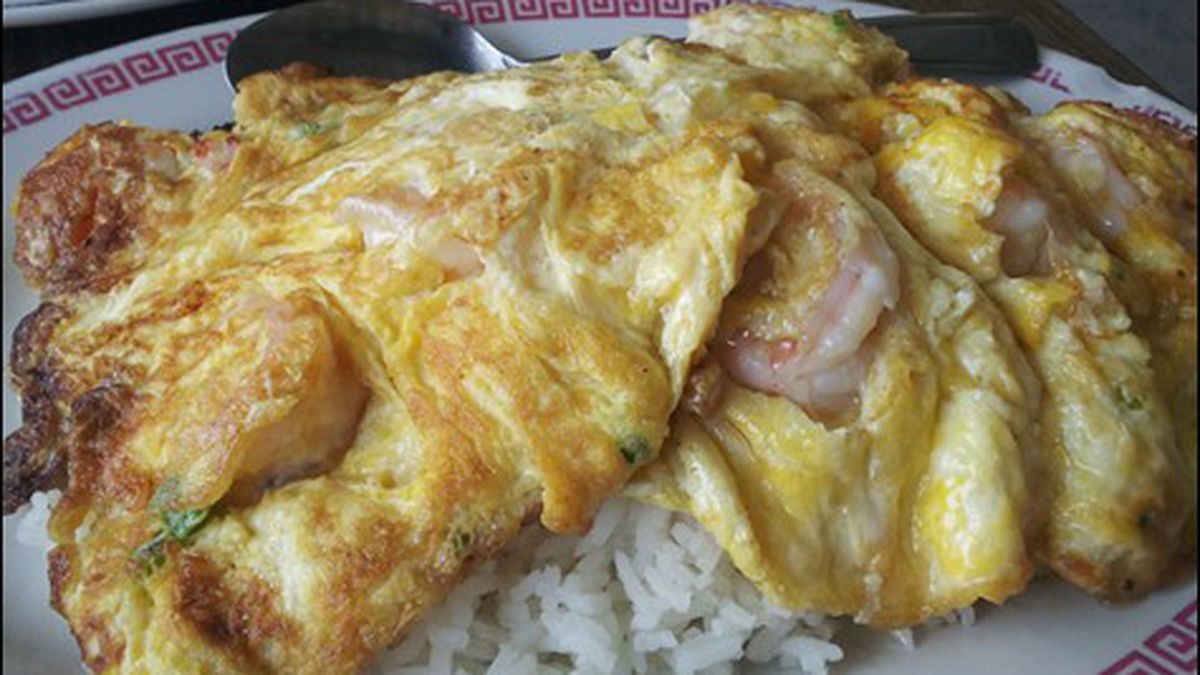 Ben’s Restaurant is probably the best Chinese restaurant in Oakland that you’ve never heard of.

Maybe you haven’t heard of it because its location, in the Jack London produce market district, several blocks away from Chinatown, isn’t the first place you’d think of looking for good Chinese food. Maybe it’s because, despite having been open for nearly three decades, the restaurant hasn’t garnered many online reviews. Maybe it’s because the place is a cash-only hole-in-the-wall that does mostly takeout business, closes at 2 p.m., and isn’t open on the weekend. Or maybe it’s because you’re Chinese and skeptical of Chinese restaurants, like Ben’s, that serve a predominantly non-Chinese clientele.

Anyway, none of that matters. What you need to know is that chef-owner Ben Fung serves simple, tasty, inexpensive Chinese food — mainly rice plates, priced at around six bucks each.

The restaurant’s diehards represent a diverse cross-section of the neighborhood: office workers, stevedores, cops, and, yes, even the occasional Cantonese speaker. While Westernized dishes like Kung Pao Chicken and Beef with Broccoli have a prominent place on the menu, Ben’s doesn’t bastardize the cuisine. Rather, fresh ingredients are the order of the day, and even the most Americanized dishes are cooked the way the chef himself would like to eat them.

The restaurant’s crowning glory is an off-menu fried chicken special, available only on Wednesdays — by far its busiest day. For only $6, you get a heaping pile of batter-fried chicken: thin cutlets that are fried until the batter turns a golden brown — a style that’s somewhat akin to fish and chips. This is a dish that’s all about the crunch of the (surprisingly grease-free) batter and the taste of the accompanying condiments: a garlicky, vinegar-based sweet-and-sour dipping sauce and the restaurant’s house-made black bean hot sauce. The latter is a salty-spicy mixture of fermented black beans, sliced chilies, and preserved cabbage, and it is pure magic. The hot sauce goes well with just about every dish the restaurant serves, so make sure to ask for a little tub of it, even if you’re just phoning in a takeout order.

The chicken is served over white rice with a side of steamed vegetables (broccoli and zucchini), which are, well, steamed vegetables — served without adornment or seasoning. If nothing else, they help make you feel a little bit virtuous even when you’re eating fried chicken at 11:30 in the morning.

Another off-menu special is the curry chicken fried rice, a riff on a dish you’ll sometimes see on the menu at Thai and Singaporean restaurants. A curry spice blend added a nice flavor dimension — more cumin-y than hot — and the bits of egg and big cubes of diced chicken were skillfully cooked. But two things really set the dish apart: One was the use of fresh vegetables (chopped carrots and sugar snap peas) instead of the frozen pea-and-carrot medley that’s often served at even the most reputable of Chinese restaurants. The other was an elusive something the Cantonese call wok hay, or “breath of the wok” — the unique combination of high-heat cooking and a chef’s skill and timing, which results in every ingredient being perfectly seared. The vegetables in the fried rice were slightly charred — imbued with a hint of smokiness — and still had some crunch to them. There wasn’t any excess grease. Without a powerful stove and years of practice, you’d be hard-pressed to duplicate those results at home.

Another time I got a takeout order of the house chow mein at Ben’s, expecting (and half hoping for) thin, crispy Hong Kong-style noodles. Instead, the noodles were thick and chewy, and the mix of meat and seafood — shrimp, roast pork, chicken — was pretty standard, with the addition of slices of Cantonese-style fish balls. But again, there was an abundance of fresh, wok-charred veggies — carrots, sugar snaps, mushrooms, bean sprouts, and cabbage — and no goopy, cornstarch-heavy gravy; no heavy hand with soy sauce. If anything, salt fiends might find the chow mein a bit bland, but here’s where the black bean hot sauce works its magic: a single spoonful, mixed in with the noodles, added a savoriness and a depth of flavor that elevated the dish to new heights.

Ben’s also serves a killer rendition of one of my favorite Chinese home-style dishes, shrimp and scrambled eggs over rice. The version at Ben’s was less scallion-y, and more like a delicate omelette, than the soft-scrambled curds I usually get at Cantonese joints in Chinatown — more akin to Japanese-style omurice (omelet-wrapped rice). Regardless: Studded with plump, perfectly cooked shrimp, this is the quintessential comfort dish, and a true steal at just $6.

The only rice plate I wasn’t crazy about featured salt-and-pepper pork chops. The boneless chops were too lean, and too thinly sliced, to avoid being a tad bit dry, despite Fung’s obvious skill with the wok. But even this dish, served with charred scallion segments and big slices of jalapeño, would make a perfectly respectable workman’s lunch: filling, flavorful, inexpensive, and reasonably healthy.

I never got around to trying Ben’s versions of the most common Americanized takeout standards — the sweet and sour pork, the kung pao chicken, and so forth. But if there’s any restaurant in Oakland I’d trust to do those dishes justice, it’s this one. It turns out that Fung is planning to retire sometime in the next couple of years, and his wife said he isn’t especially interested in attracting new business, or in becoming “famous,” as she told me in Mandarin. He cooks everything to order himself, she said — there’s only so much he can handle.

So it’s with apology, and a plea to keep this humble recommendation between you and me, that I file this review. Ben’s might not be the right place to host your big family reunion, and it probably won’t be able to cater your company luncheon. But for a simple, delicious six-dollar rice plate, made with integrity? Ben’s is hard to beat.

Previous ArticleWatch: The Official Trailer for ‘Fruitvale Station’ Is Out

Next ArticleWednesday Must Reads: Assembly Speaker Perez Rewarded Big Fundraisers; Brown’s Budget Boosts Spending for Schools, But Nothing Else