.The Battle for Adjunct Faculty Rights

Non-tenured professors at Mills College are pushing for better working conditions — and filing labor violation charges against the school. 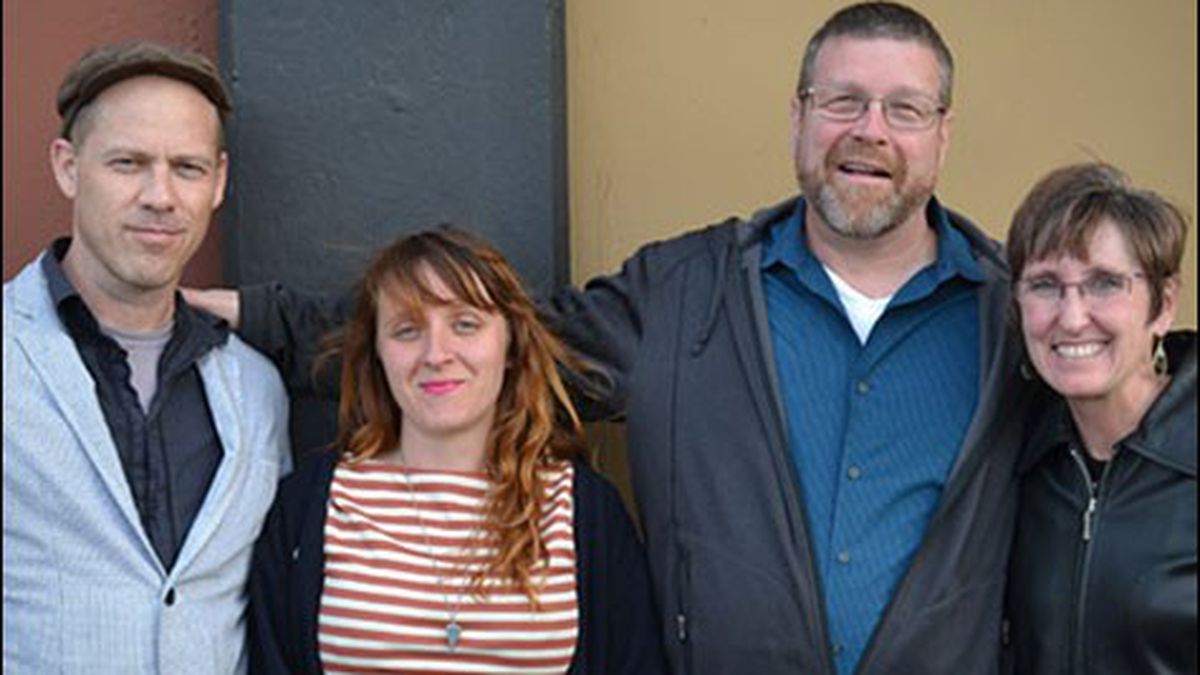 At Mills College, more than 64 percent of faculty members are adjuncts. That means a majority of professors at the liberal arts college in East Oakland don’t have tenure or long-term contracts, and face a significant amount of job uncertainty from one semester to the next. Adjuncts also say that the low pay they receive makes it difficult to support a family in the Bay Area.

In an effort to establish better working conditions and increased job security, 78 percent of adjunct faculty at Mills voted in May to join SEIU Local 1021, the union that represents more than 50,000 public sector and nonprofit workers in Northern California. That means that non-tenured professors at the college now have basic union protections and representation. And last week, professors, union representatives, and administrators began the process of negotiating the college’s first-ever union contract for adjuncts. Mills was the first private, nonprofit college in the Bay Area to have its adjuncts unionize and a number of other local schools are now following suit.

While activists celebrate this milestone, Mills administrators have, according to a number of adjuncts and labor activists, responded with a series of retaliatory actions. SEIU 1021 has already filed four unfair labor practice charges against Mills, alleging that the college has implemented policy changes without giving the union proper notice or an opportunity to bargain — and has retaliated and discriminated against two faculty members for union organizing. Critics say the administration’s actions reflect an ongoing failure to support adjuncts and a level of resistance to unionization that contradicts the progressive values the college purports to promote.

“At Mills, like many other schools, the programs could not be running in the way they are running without adjuncts,” said Stephanie Young, an adjunct English professor who has been working at Mills since 2004. “We are members of the faculty.”

Despite her decade working for the college, Young’s teaching title remains “visiting assistant professor.” Until last month, she also held the administrative position of “director of English graduate enrollment and programs.”

But in early June, just weeks after the successful vote to unionize, Young learned that the provost’s office had eliminated her director position — a move that she said came as a shock to her and her department supervisors. The decision to cut her director position — one in which she oversaw admissions, enrollment, professional development, and more — means she will no longer be a full-time employee at Mills. Instead, she will only be teaching classes part-time in the fall.

This action by the provost, Kimberley Phillips, prompted the union to file a charge of retaliation and discrimination with the National Labor Relations Board (NLRB), alleging that the college reduced Young’s position because she had been active in union organizing. Young is now a member of the bargaining team.

“The idea that a provost would come in and fire your administrative staff is kind of unheard of,” said Juliana Spahr, a tenured professor of English and former director of creative writing. Spahr said the provost’s office did not consult with any dean or director in the English department in advance of cutting Young’s position and another administrative position. Spahr and another tenured professor were originally supposed to step up as co-chairs of the department starting this summer, but both decided not to, in part due to concerns about the elimination of Young’s position. That means the department currently has no one in a leadership position and no one assigned to cover Young’s extensive administrative duties.

The elimination of Young’s position and the resulting turbulence in the English department is arguably a strong illustration of why adjuncts need union representation — and a demonstration of the important role non-tenured faculty play at the college and the way in which their jobs are so vulnerable.

It’s ultimately the students who suffer when administrators don’t support adjuncts, said Young, who has mentored graduate students and curated a departmental reading series that now has an uncertain future. “Faculty working conditions are student learning conditions,” she said. “It’s really about the experience for students.”

And the lack of basic job security can take a toll on adjuncts, professors said. “They are able to treat adjuncts as disposable employees,” said Ben Brown, an adjunct professor of history who has been teaching at Mills for a decade. “You can teach there for ten years like I have and have absolutely no guarantees [of future classes].” Brown is also classified as a “visiting assistant professor.”

The union also filed a retaliation charge against Mills on Brown’s behalf over the fact that the college allegedly assigned him a class and then subsequently rescinded its offer after he began advocating for unionization. After SEIU filed the charge, Mills re-offered the course to him, and the union withdrew its complaint. “What bothered me more than anything was their arbitrariness,” Brown said. “They can, at any time, change stuff … and cancel classes.”

A number of adjuncts at Mills said many non-tenured professors currently have received no written guarantee that they’ll be teaching in the fall — which, this late into summer, has raised concerns that scheduled courses may be cut. “A vast majority of us are in a situation of pretty extreme precarity,” said David Buuck, adjunct English professor.

Fueling anxieties about cuts is the fact that, according to an email Mills College President Alecia DeCoudreaux recently sent to faculty, the college laid off a total of eight people in several departments in June and July and reduced the full-time positions of two others (including Young). The cuts were due to budget constraints, DeCoudreaux wrote.

Through the bargaining process, adjuncts and union representatives will likely be pushing for protections against last-minute class cancellations and unjust dismissals, stronger standards for pay and benefits, a fairer and more predictable process for getting appointments, equitable compensation for course preparation and development work, and more.

“The investment has to be very serious on both sides,” said Neha Dave, an adjunct economics professor and member of the bargaining team. Dave, who works full-time at Mills, teaching three to five classes per year, said the union contract should provide better security to adjuncts who have demonstrated their capabilities and commitment. “You want to go out of your way to make sure you retain them and that they are meaningful contributors,” she said. “We are really, really passionate and deeply belong to this place.”

A Mills spokesperson sent me a statement from DeCoudreaux that said: “Mills respected the rights of our adjunct faculty members to organize and form a union of their choosing.” It continued: “Mills has a strong policy against retaliation and we are saddened to hear that members of our community felt they had been subjected to conduct that they felt violated the National Labor Relations Act.”

DeCoudreaux acknowledged the labor charges filed against Mills in her statement, but argued that two are the “result of a misunderstanding regarding the application of campus policies.” She said the college would soon submit its position to the NLRB. “We hope to develop a good working relationship with SEIU,” she added.

The adjunct backlash is not unique to Mills. SEIU documented the ways in which college adjuncts suffer from a lack of job security and low wages in a report released in June. In 2012, 80 percent of faculty at private, nonprofit colleges and universities in the Bay Area were not on tenure tracks, according to the report. The study estimated that, given the regional median pay per course for adjuncts — $3,300 at the master’s level and $4,500 at the doctoral level — a typical adjunct would have to teach between 23 and 32 classes a year to afford rent and utilities for a two-bedroom apartment in the Bay Area.

Nationally, the report continued, the average pay per course of adjuncts is roughly $3,000, meaning eight courses per year would add up to annual earnings of just $24,000 — less than the proposed new minimum wage in Oakland for a full-time worker. What’s more, colleges have dramatically increased their dependence on adjuncts. While non-tenure track positions made up only 22 percent of faculty positions in the US in 1969, by 2009, they made up 66 percent of faculty, SEIU reported.

“A lot of them are really trying to scrape together a living,” SEIU Local 1021 spokesperson Jennifer Smith-Camejo said of the adjuncts. The union’s study included anecdotal evidence of the hardships adjuncts face — professors who can’t afford healthcare, depend on their parents financially, struggle to pay their children’s college tuition, and more. “You are being paid a fraction of what your colleagues are making doing essentially the same work,” Smith-Camejo added.

SEIU released its report as part of its Adjunct Action Bay Area campaign, which is aimed at encouraging non-tenured faculty across the region to unionize. Two weeks after the Mills union vote, San Francisco Art Institute adjuncts voted to join the union, and last week SEIU filed for a union election for the California College of the Arts (which has campuses in Oakland and San Francisco). SEIU is currently in discussions with adjuncts at a number of additional Bay Area colleges.

“The idea is to organize as many adjunct faculty at as many colleges in the area as possible to drive up the standards,” Smith-Camejo said. “Adjunct faculty are just really fed up.”

Previous ArticleBest of the East Bay 2014