Housing displacement in Oakland, Alameda, Fremont, and Berkeley will soon be added to the Anti-Eviction Mapping Project. 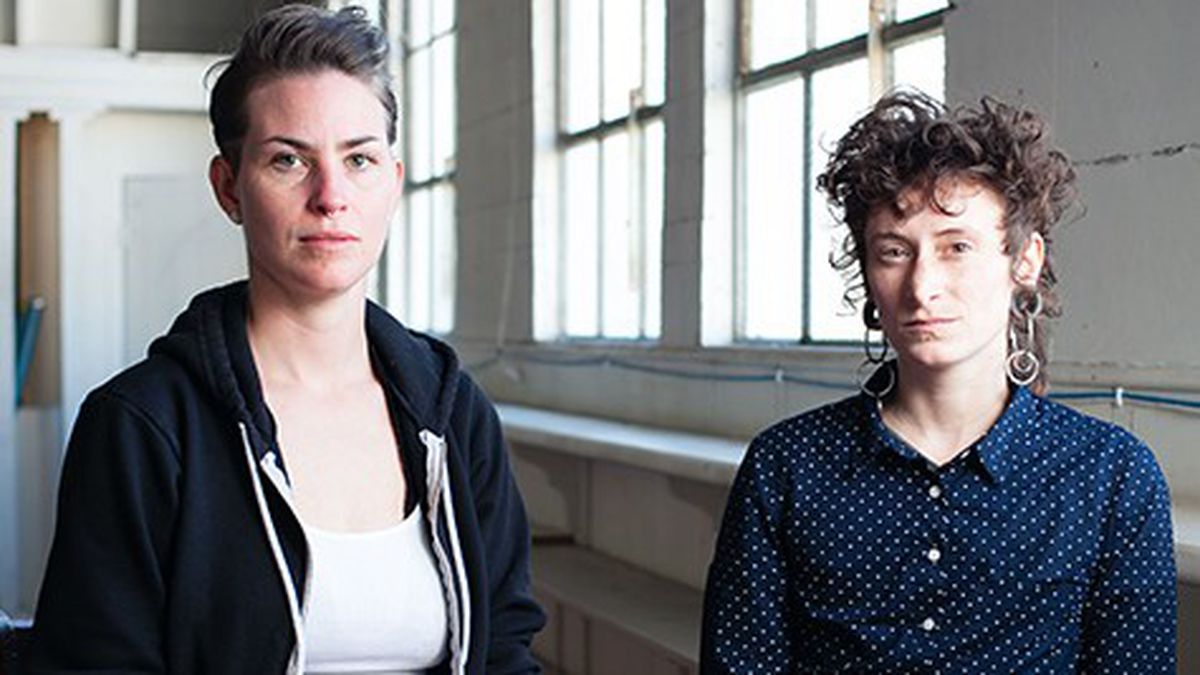 There’s an unconventional piece of cartography currently covering a wall at Betti Ono Gallery in the heart of downtown Oakland. For the “Oakland Community Power Map,” installed by the Anti-Eviction Mapping Project (A(E)MP), a data-visualization and storytelling collective that maps housing displacement in the Bay Area, locals were asked to contribute cultural data by physically marking community assets over a geographic rendering of Oakland. The map speaks to cultural wealth, outlining opportunities to band together over a city stricken with mass displacement — and in a gallery itself facing threat of displacement due to a 60 percent rent hike.

A(E)MP has been mapping housing trends and their effects on communities in the Bay Area since 2013, when self-taught coder Erin McElroy co-founded it. The installation at Betti Ono Gallery marks a new geographic endeavor for the project: mapping out the housing crisis in Oakland and other cities in Alameda County.

The group began working on the project, which will include Oakland, Fremont, Alameda, and Berkeley, shortly after A(E)MP started mapping in San Francisco. At that early stage, about two years ago, the group began establishing a community network in the East Bay. “The nature of how we work is very collaborative,” said Carla Wojczuk, who is managing the narrative side of the project. “We work in reciprocity with a lot of different individuals and groups.”

A(E)MP has been working closely with local housing organizations and East Bay youth through partnerships with Washington High School in Fremont, the Alameda County Office of Education, and the Bay Area Video Coalition youth media program. “Youth are such an important part of the present and future of our cities, and they are heavily impacted by displacement,” said Wojczuk.

After focusing primarily on building relationships in the community, the team felt ready to take on mapping eviction data in the East Bay. However, they quickly ran into a problem they didn’t face in San Francisco — there was no data. “We have a good relationship with the San Francisco Rent Board. We get all of our eviction data from them, then cross-reference it with the Planning Department,” said McElroy. “But the Oakland Rent Board is very different than the San Francisco Rent Board, and much harder to get the data from.”

Things got even trickier when they turned to Fremont and the City of Alameda, where there is no rent board. “Rent boards are established when rent control is established. … Until the city changes something like rent control, there isn’t an official rent board,” McElroy explained.

In order to access the data needed for the project, McElroy, Wojczuk, and A(E)MP volunteers Ariel Appel and Shamsher Virk teamed up with Tenants Together, a statewide nonprofit renters’ organization, to begin collecting the data straight from the source — the Alameda County Superior Court.

With the help of a $40,000 joint grant through the Creative Work Fund, which awards artists who partner with nonprofits, their collaborative efforts have had some success. A(E)MP now has eviction court data for the City of Alameda, Oakland, and Fremont, but they are still working on gaining access to Oakland Rent Board information, which according to McElroy, has more refined data.

In addition to the court digging, the group is using a crowdsourcing method to collect more specific data from displaced residents in Alameda County. “Court data is minimal,” said McElroy. “Crowd-sourced data is more detailed; we can learn how much someone was paying [in rent], or what their community was like. That data is more nuanced.”

Though not part of it’s original project blueprint, A(E)MP is also looking at the City of Berkeley, which has more readily accessible eviction data. “Some of the rent boards seem to take more seriously what’s happening in their community. Berkeley is an example of that,” said Simon-Weisberg, the legal director at Tenants Together.

But as a visual storyteller, McElroy sees a positive side to the data challenge. “Stories of Oakland, Fremont, and the City of Alameda can’t be conflated with stories of San Francisco,” said McElroy, who is a graduate student in feminist studies at UC Santa Cruz. “We look to San Francisco as a model, but there are methods and stories unique to the places we are looking at now that need original analysis.”

While McElroy and other volunteers like Natalia Margolis focus on collecting the map data, Wojczuk and other volunteers including Mary Shi, Terra Graziani, and Salima Hamirani, have been putting together the narrative side of the project by collecting stories for the oral history and video components of the map. “Through collaborations with people, we decided to take an oral history approach, talking to people so that we are really not trying to pinpoint trauma but getting people to talk about their life, place, and displacement,” Wojczuk said. “One of the things we really believe in is that even though it’s important to make these processes visible through quantitative data, we don’t want to reproduce a certain kind of violence and make sure people’s whole lives are visible as well.”

A(E)MP focused on first identifying one main partner organization in each of the cities they are focusing on, which included Alameda Renters Coalition, RISE Fremont, and the Oakland Creative Neighborhoods Coalition (OCNC). It then asked those organizations to recommend “people in the community that they feel are particularly present and affected by displacement, people who they feel are culture bearers, or people who are an important part of the community.”

In addition, A(E)MP has held sign-ups for oral histories at community events and art spaces like Betti Ono Gallery, where A(E)MP will be using the contributed data to create a community asset map in partnership with Betti ono and OCNC.

“We are really excited about this because it focuses on spaces, groups, and individuals that are here, fighting, and who we need to continue to uplift and protect,” Wojczuk said.

For the final project, which is on track for completion this September, the court data, oral histories, and video elements will come together in an interactive online map. Users will be able to see data points associated with displacement, as well as points on the map that will link to a community member’s photo and oral history.

“We are in the middle of a huge crisis. It’s not new, and there are so many different historical antecedents to it,” said Wojczuk. “Through talking to people, you hear there is so much knowledge that people have about a place and the forces and the systems that brought us to where we are today, and the historic disinvestment in communities, and the historic resilience and resistance people have … To me, that is what’s most important.”

Previous ArticleMaine Legalization Is Back From the Dead