The official calendar of ex-Oakland Police Chief Anthony Batts shows that he routinely took off for long weekends. 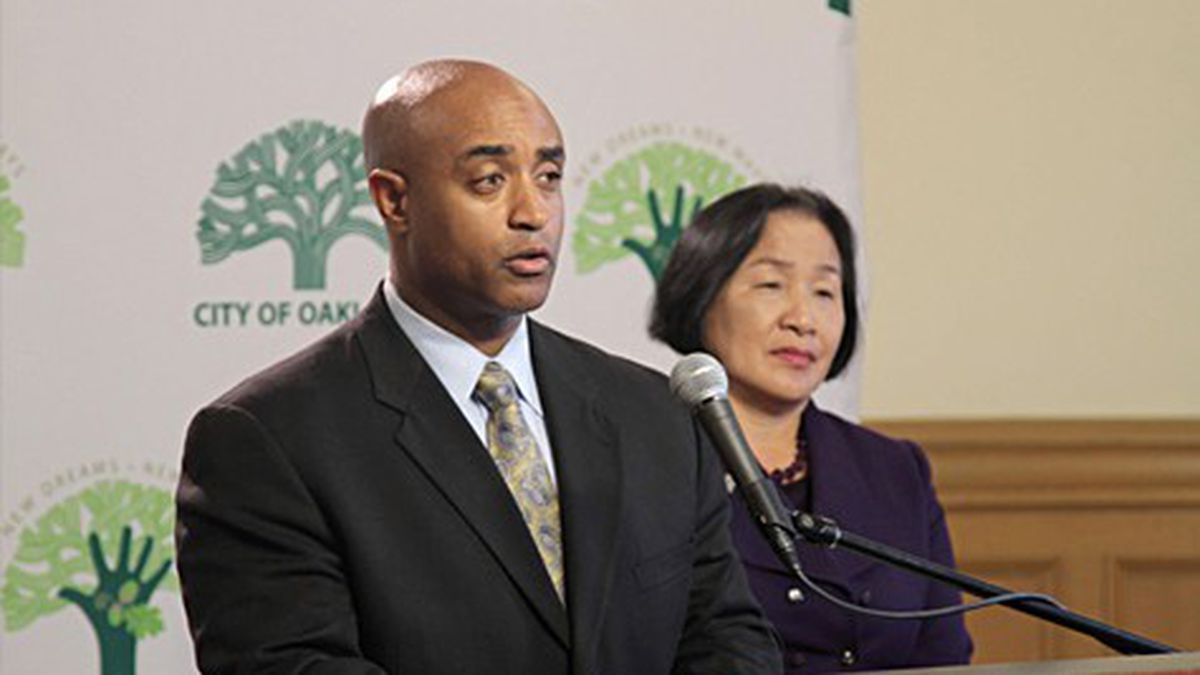 During his two-year tenure as police chief, Anthony Batts repeatedly expressed surprise at the disinterest that some residents had about Oakland’s high crime rate. Coming from Long Beach, Batts said he thought more Oakland residents would be outraged at the high level of violence here, and wished more people would come together and work hard to combat crime. It turns out, however, that despite his rhetoric, Batts apparently wasn’t that interested in working hard to fight crime in Oakland either.

According to Batts’ official calendar covering his two years in Oakland, he was missing in action a significant portion of the time. He often took days off without explanation and routinely left early on Fridays so that he could enjoy long weekends, leaving his post during the part of the week when the city tends to have its most violent crime — Fridays and Saturdays. In fact, records obtained through a California Public Records Act request show that Batts left work by no later than 3 p.m. on at least 54 Fridays over two years, not including vacations, unexplained days off, and approved days off. On eight other occasions, he left by no later than 4 p.m.

Sources familiar with Batts’ travel say that he often flew back to Long Beach for extended weekends.

Batts’ behavior — his public questioning of Oaklanders’ commitment to combating crime, while not putting in a full work schedule himself — also rankled members of Oakland’s hard-working police command staff. The Oakland Police Department is notoriously understaffed, requiring officers of all ranks to shoulder heavy workloads in a city with one of the worst crime problems in the country. “The assistant chiefs and deputy [chiefs], they put in long hours — and then to have a chief that wasn’t working that much, it wasn’t good,” said police union President Sergeant Dom Arotzarena. “If he was still here, it would be a big deal.”

By contrast, Batts’ replacement, Interim Police Chief Howard Jordan, who was an assistant chief under Batts, is known for putting in long hours. And his work ethic has created no backlash in the department. “With HoJo, things are much smoother,” Arotzarena said. “We don’t have any issues with him — and when we do, we know we can work things out.”

Batts escaped criticism throughout his time in Oakland in part because of his personal charisma and his outstanding public speaking skills. “He was very, very impressive with his meetings with the public,” said Don Link, a community policing activist and chair of a neighborhood crime prevention council in North Oakland. “I saw him really wow the crowds.”

Batts also wowed the press — and he spent a good deal of his time courting Bay Area journalists and news organizations. His official calendar shows that he conducted at least forty prescheduled interviews — many of them face-to-face — with Bay Area journalists and news organizations during his tenure. That total doesn’t include impromptu phone calls from reporters on deadline. The calendar also shows that Batts met more often with members of the press than with many of the city’s elected officials.

Batts’ favorite was KTVU Channel 2’s Mornings on Two program. He appeared on it at least six times, plus two more times on KTVU News for extended television interviews. Among print journalists, San Francisco Chronicle columnist Chip Johnson had the most extended interviews with Batts — four. Again, these totals do not include impromptu phone calls that Batts fielded from journalists or on-the-scene interviews by TV and radio reporters at crime scenes or events. The totals also do not include press conferences and one-on-one interviews that Batts often held with reporters after press conferences.

It’s an open secret in journalism that reporters tend to go easier on public officials who are congenial, who return their phone calls, and who agree to long interviews. By contrast, public officials who are testy with reporters, stonewall them, and don’t return calls tend to be treated a bit differently. So it’s not surprising that Batts’ easygoing, open-door style with the news media and his decision to cultivate relationships with the press served him well.

Indeed, when news broke earlier this year that Batts had applied to be San Jose’s police chief, many journalists began to point fingers at Mayor Jean Quan for his possible departure, instead of questioning why Batts had lied when he told Quan and other city officials that he was not seeking to leave Oakland. Similarly, when Batts announced his sudden resignation in October, many journalists again pointed at Quan. The media narrative became that Quan had driven Batts out of town, despite evidence that Batts had quit just days after court-appointed monitors of the department had issued another scathing report and appeared to criticize his management of the force.

Still, Batts’ calendar also reveals that working for Quan was much different than life under Mayor Ron Dellums, whose laissez-faire style was legendary. In fact, Batts very rarely had prescheduled meetings with Dellums during the fifteen months that he served under him. It was not unusual for Batts to go months without meeting Dellums face-to-face. That’s not surprising, considering the fact that Dellums only came to the office about 20 to 25 hours a week (see “Oakland’s Part-Time Mayor,” 12/24/2008).

Quan declined to comment for this story, saying Batts’ work schedule was a personnel issue.

Batts did not return a message left with the Oakland Police Department, where officials said they would tell him that this reporter had called to talk about his official calendar. Batts knew that Full Disclosure had requested it as a public record.

Yet despite Quan’s hands-on management style, Batts continued to put in a relatively light workload. He still left the office early on Fridays to enjoy long weekends, much as he had done throughout his time under Dellums. City officials, however, say things were beginning to change under new City Administrator Deanna Santana, who has already garnered a reputation in Oakland for being a no-nonsense boss.

Santana, who took over August 1 after Quan appointed her, implemented a strict policy for taking time off in an attempt to improve accountability throughout city departments and especially among department heads. Prior to Santana’s arrival, previous city administrators had taken a more hands-off approach — an approach that allowed Batts to put in a lighter work load than many of his subordinates.

Before Santana’s arrival, Batts’ official calendar shows that he left by no later than 2 p.m. on Friday at least thirty times (his first appointments on most days were usually at 8 or 9 a.m.). In fact, it wasn’t unusual for him to have his last appointment before lunch. In addition, he took at least five Fridays off without explanation, along with another eleven unexplained days off. Batts, who was paid $250,000 a year, sometimes worked long hours on Monday, Tuesday, Wednesday, or Thursday, but also left work early sometimes on those days. However, Friday was his favorite day for ducking out early. Again, the number of times he left early or took off completely does not include vacation time or weeklong approved trips he took to Southern California, Harvard University, and Stockholm, Sweden.

But under Santana, lax management was coming to end, and sources said Batts wasn’t happy about it. Karen Boyd, spokeswoman for Santana, said the city administrator declined to speak about Batts, his calendar, and his penchant for leaving work early and jetting off to Long Beach for the weekend. But Boyd confirmed that Santana implemented strict management accountability standards for department heads after her arrival. Santana wants to know department heads’ schedules and where they are in case they’re needed, Boyd said. “It’s about tracking and accountability … and implementing much more stringent policies than in the past.”