.That Old Gas Stove Is Not Your Friend 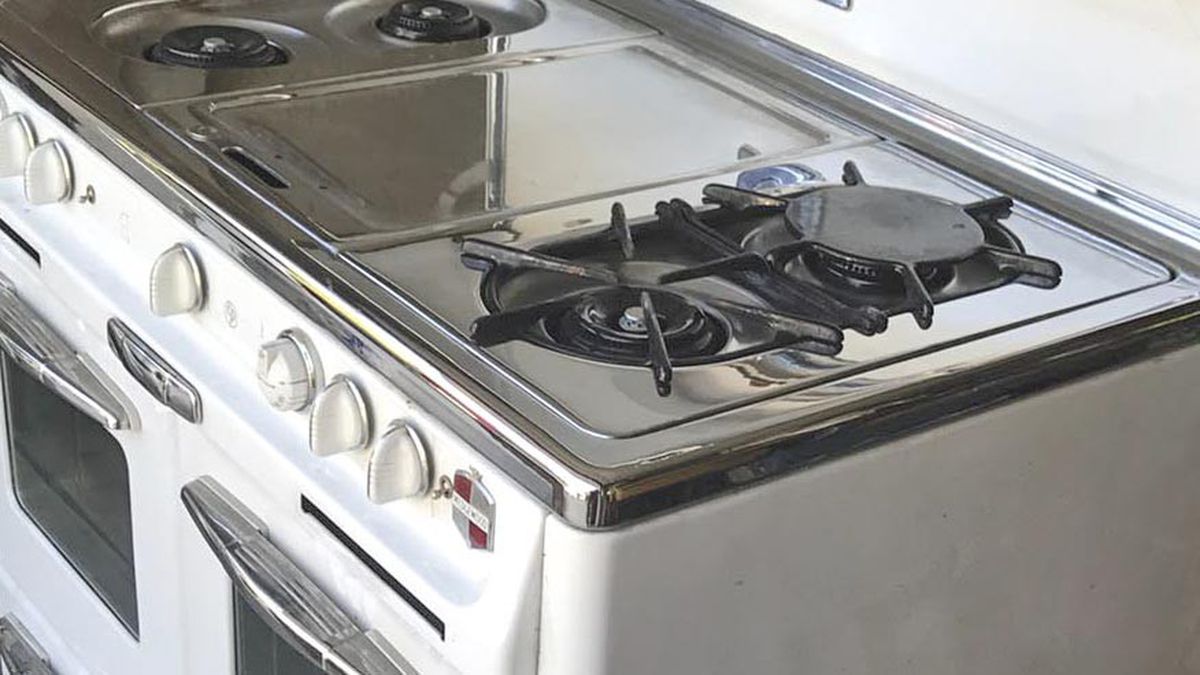 As the United States has begun transitioning away from the use of coal and petroleum as a source of electricity and fuel, natural gas has been viewed as a relatively benign fossil fuel. After all, natural gas produces less carbon dioxide when burned than those other fossil fuels. It remains the energy source in about half of California’s buildings.

But scientists have increasingly warned that methane, the main component of natural gas, is itself a key heat-trapping gas — 84 times more potent than carbon dioxide in the first twenty years after release, according to the Environmental Defense Fund. In addition to the carbon dioxide created by its burning, the inevitable leaks as natural gas is extracted and shipped, make gas a serious climate threat in its own right.

State policy calls for the electrification of buildings — the source of about 10 percent of California’s greenhouse gas emissions, mostly from natural gas. Several state agencies and many cities and counties are working on a variety of programs to promote electrification. But none have gone as far as the ordinance scheduled to come before the Berkeley City Council on July 9.

Once again, the City of Berkeley is considering a groundbreaking environmental policy: This time it’s a ban on natural gas hookups in all new buildings, starting January 1, 2020.

Berkeley is about to see a “wave of new multistory construction,” with at least 3,100 residential units currently planned, said Councilmember Kate Harrison, who introduced the measure. “These buildings will be in place for 100 years,” she said. “Emergency action is needed to prevent locking in the greenhouse gas and safety impacts” of natural gas.

In addition to the fuel’s impact on climate change, Harrison also noted that using natural gas means “pumping a toxic, flammable liquid over fault lines into our homes.” Cooking with gas is linked to asthma attacks and hospitalizations, hitting hardest in children and communities of color. A 2013 Lawrence Berkeley Lab study found that in 60 percent of the homes with gas stoves, the air pollution level violates federal standards for outdoor air. “Your Gas Stove is Bad for You and the Planet,” a recent guest editorial in The New York Times, reported that “a growing body of scientific evidence has shown that gas stoves throw off pollutants like nitrogen dioxide and carbon monoxide.” Natural gas also is a fire hazard. A 2017 study by the US Geological Services identified broken gas lines as a key risk factor during an earthquake. Much of the damage and loss of life after an earthquake is caused by fires from broken gas lines.

So far, no opposition to the proposed gas ban has emerged. But pushback is expected, since many builders and residents are unfamiliar with the relatively new technologies for electric heating, cooling, and cooking. The city council committee working on the bill held two hearings for developers, but none showed up. “The next step is outreach to builders and the business community,” Harrison said.

A report from the California Building Industry Association says that building a single-family home with electric heat and hot water costs $200-500 more than one using gas. Yet the report predicts that by 2030 it will be cheaper, since large-scale production will bring down the price of several relatively new technologies. And several builders who attended a hearing on the proposed ordinance said they had found that all-electric construction was already “cost-competitive” for multifamily residential buildings.

Once an all-electric building has been constructed, however, the California Energy Commission says that operating with the efficient new technology is cheaper than using gas. And gas prices are expected to rise as the use of gas declines.

The key is the increased efficiency of new electric technologies: induction stoves for cooking and heat pumps for heating, cooling, and hot water. An induction cookstove — unlike your grandmother’s electric stove and its horrible heating coil — is highly efficient, cooks faster than gas, and allows fine control of cooking temperatures. “Home cooks have been warming to induction because it cooks faster and responds much faster when you dial back the temperature,” an article in Consumer Reports said. A heat pump, meanwhile, works like a refrigerator in reverse, pulling heat from outside air and bringing it inside. “Heat pump technology is central to the concept of electrification to achieve decarbonization,” according to the commission.

While no other cities have gone as far as banning gas hookups, “A lot of cities are looking for ways to ban gas or favor all-electric buildings,” said Rachel Golden of the Sierra Club. “This year you will see things shifting,” especially if Berkeley sets an example. Palo Alto and Marin County have already changed their building codes to favor all-electric buildings by requiring higher levels of energy efficiency for buildings that include gas. The Sacramento Municipal Utility District, Golden said, has “an incredible incentive program” for electrification of new and existing buildings.

Making new buildings all electric is just the first step, said JP Ross, who works on electrification for East Bay Community Energy. The next step is encouraging owners of existing buildings to switch to electric appliances, heat, and hot water when their current systems wear out. A tougher sell will be getting people to replace appliances while they’re still working, but some people will do that because of the downsides of gas.

East Bay Community Energy is already working with cities to help them update building codes and permitting processes to favor all-electric construction. It’s also helping to support training programs to build a workforce familiar with heat-pump installation. And it just adopted a program to provide incentives for building owners to switch to heat pump hot water systems. With grants from the Bay Area Air Quality Management District, six other cities or counties also have programs to promote electric heat and hot water systems.

Still, switching to electric appliances, heat and hot water can be expensive, especially if it means upgrading the wires. Helping building owners do that is “a pressing need,” Ross said. “We’re trying to figure out solutions.”

Meanwhile, said he added, homeowners can spread out payments for electrification (and other energy, water, and seismic improvements) through an extra charge on their property tax bill. This Property Assessed Clean Energy program is another Berkeley first. The state Residential Energy Efficiency Loan Assistance Program also offers easy financing for such improvements.

As a new state law requires California’s electricity to be 100 percent renewable by 2045, the energy commission has called electrification key to meeting greenhouse gas emissions goals. “There is a growing consensus that building electrification is the most viable and predictable path to zero-emission building,” the commission has said. Several state programs are gearing up to support it.

Golden said that until recently, the state building code has been biased in favor of gas. Constructing an all-electric building has required jumping through extra bureaucratic hoops and conducting complex negotiations with the Energy Commission. But now the state is revising these codes to be all-electric-friendly. So far, the code has been updated to remove the obstacles to all-electric construction in low-rise residential buildings — and to require them to include solar panels. Updates for other building types, as well as particular systems like heat pumps, are expected soon — “months, not years,” Harrison said.

Her proposed ordinance will require electrification as soon as the relevant state building code is in place. Meanwhile, she said, the city building code is being revised to “heavily incentivize” getting rid of gas.

Two new state laws also promote electrification. The California Public Utilities Commission will get $50 million a year to provide incentives, product development, and workforce training to support “near-zero emissions” heating and cooling technology. At least 30 percent of the funding is supposed to go to low-income communities, including provisions to make sure the changes don’t increase low-income people’s electricity bills. And the California Energy Commission is charged with making a plan to reduce greenhouse gas emissions from buildings to 40 percent below 1990 levels by 2030.

But gas companies also are fighting back at the state level. At PUC hearings on implementing the new program, SoCalGas has been “trying to steer money toward technologies that use gas,” such as more-efficient gas heating and “renewable natural gas,” said Matt Vespa, a lawyer for the Sierra Club. Renewable gas is methane produced by burning “biomass” like urban or agricultural waste. The California Energy Commission says, “renewable gas is not expected to play a large role in decarbonizing buildings,” partly because the supply is very limited. And, says Golden, it’s still methane, with all its climate, health, and safety problems.

Meanwhile, Vespa said a new entity called Californians for Balanced Energy Solutions, which he said is a front group for SoCalGas, has also been promoting gas technology at the hearings. The organization denies that it is a front group and has been fighting Vespa’s request to bar it from the hearings. According to the Californians for Balanced Energy Solutions website, “we are concerned about a rush to electrify all uses of energy.” They promise to defend Californians’ “right to use natural gas for home heating and cooking.” According to Vespa, half the funding for this organization comes from SoCalGas. &#8;