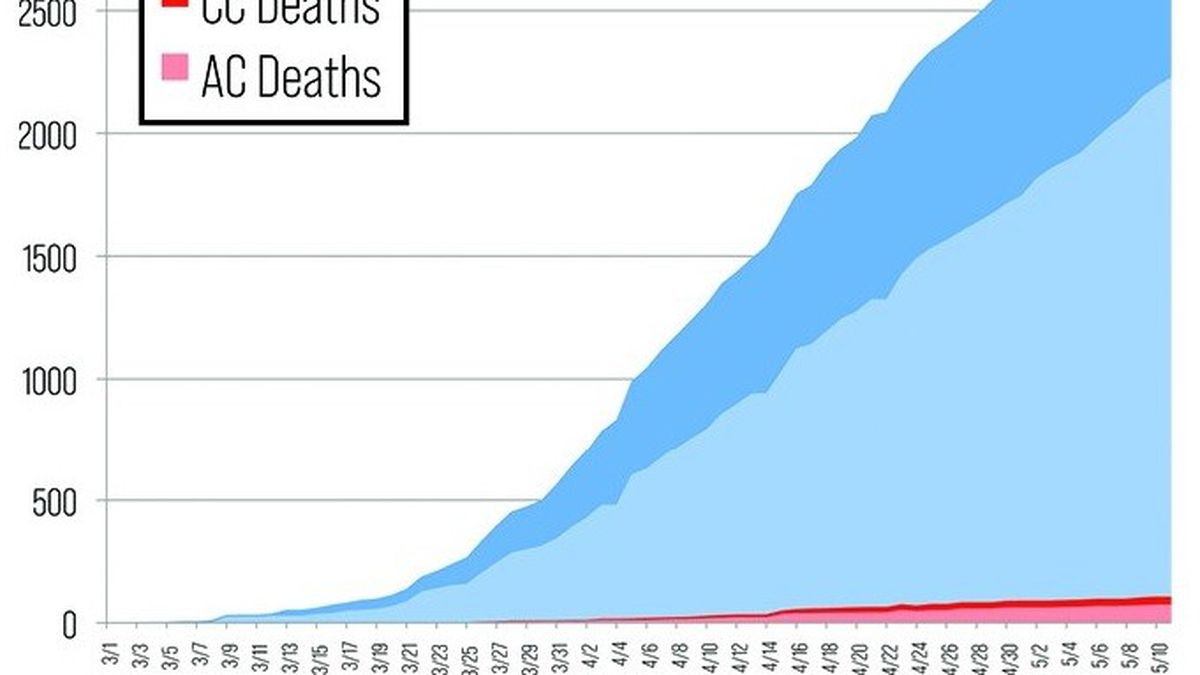 Elon Musk is not only pushing the limits of civilian space travel, but Alameda County’s patience. The Tesla electric car factory in Fremont appears to be humming despite the county’s shelter in place order.

Tesla defied Alameda County’s shelter in place orders on Monday as employees returned to work at the Fremont factory and President Trump praised Tesla’s action in a tweet. Alameda County health officials then sent Tesla a letter on Monday ordering the plant to cease operations while negotiations for its reopening continue.

Tesla founder Elon Musk has tussled with Alameda County officials in an effort to reopen on several occasions since a shelter in place was ordered in March. A plan to resume work on Friday afternoon was again rebuffed by local public health officials, leading Musk to escalate the disagreement by filing a lawsuit against the county on Saturday.

The lawsuit asks for an injunction against the county Covid-19 shelter in place orders.

Musk added, “Frankly, this is the last straw,” before threatening to relocate Tesla’s headquarters to Texas or Nevada.

While some counties in the state took advantage of Gov. Gavin Newsom’s order this week to allow some businesses to reopen in a limited fashion, along with some manufacturing companies, Alameda County and nearby Santa Clara County, have not yet relaxed its shelter in place order out of an abundance of caution.

During a virtual town hall on Friday, Pan nixed the idea of allowing Tesla to reopen its Fremont auto plant. Pan’s comments followed an email Musk sent employees notifying them of his intent to reopen the plant on Friday, although with limited numbers of employees. Last month, Musk made a similar attempt the restart the auto plant that also was unsuccessful.

The Twitter rant barrage, though, was heard clearly by Fremont officials. The Tesla factory is not only the city’s largest employer, but a source of high-paying jobs that have helped bolster the local economy. Tesla is also a major tax-producer in Alameda County, which is expected to see sharp decreases in tax receipts due to Covid-19 in the short-term, and likely longer.

“As the local shelter-in-place order continues without provisions for major manufacturing activity, such as Tesla, to resume, I am growing concerned about the potential implications for our regional economy,” Mei said in a statement. “We know many essential businesses have proven they can successfully operate using strict safety and social distancing practices.”

The Alameda County Health Department appeared to acquiesce to Musk’s concerns on Saturday evening, telling CNN it is working to come “to an agreement on an appropriate safety plan very soon” with Tesla officials.

The sentiment was not shared by Democratic Assemblymember Lorena Gonzales, who tweeted succinctly: “F*ck Elon Musk.”

The Covid-19 pandemic has led to the cancellation of the Alameda County Fair in Pleasanton, officials said on Thursday. It’s the first cancellation in the fair’s 108-year history.

“As much as we love putting on the fair and bringing the community together, it is clear that it is best to postpone fair this year, we will celebrate together again in 2021,” said Gordon Galvan, president of the Alameda County Fair Association Board of Directors. “Canceling the Fair is devastating to our team and partners who come from across the country to entertain the Alameda County community.”

Fair officials said the event generates an annual $32 million jolt to the local economy, while providing about 900 jobs. The fair, however, offered some hope on Thursday, suggesting a community celebration could be held at the fairgrounds sometime in October, if conditions allow.

With the state and county’s shelter in place extended through the end this month, Alameda’s long-running and popular Fourth of July parade is cancelled, city officials announced.

The Independence Day parade, one of the largest in the nation, is attended by roughly 60,000 Alameda and East Bay residents who line the parade route each year.

“There’s no way the governor would let us have 60,000 people for a little parade,” Alameda Mayor Marilyn Ezzy Ashcroft said on Tuesday night.

All Contra Costa County residents can receive a free Covid-19 test regardless if they have any symptoms, KTVU reported. The county has eight testing facilities, including five drive-up sites. … A new Covid-19 testing site is now open in East Oakland at the Roots Community Health Center, 9925 International Blvd., 10 a.m.-4 p.m., Monday, Wednesdays, and Fridays. …

Gov. Gavin Newsom said that unemployment in the state could reach about 25 percent, the East Bay Times reported. The San Francisco Chronicle‘s layoff tracker estimates 92,000 jobs have been lost in the Bay Area since the Covid-19 shelter in place was ordered in mid-March. … Port of Oakland officials are projecting further decreases in shipping activity in May, KPIX reported. …

Just a few months ago, California was sitting on an overflowing reserve fund. After Covid-19, the state is now reconciling with a massive $54.3 billion deficit over the next fiscal year, Calmatters reported. … The state could lose $1.3 billion in gas tax revenues due to the shelter in place, according to a new study, the Chronicle reported. … A study estimated that California will lose $1.3 billion in gas tax revenue during the shelter in place. … Newsom signed an executive order to waive property taxes late fees after April 10 for some homeowners and small businesses through May 2021. …

Richmond’s projected $27 million budget deficit may lead to city employee furloughs and cuts to some city services, the Times reported. But House Democrats are working on a bill that could pump up to $1 trillion into states and local cities to stem growing budget deficits created by Covid-19, USA Today reported. …

Dr. Anthony Fauci testified before a Senate health committee on Tuesday and warned against states reopening for business too quickly, CNN reported. … Major League Baseball owners are sending a proposal to the players union for an 82-game season that would begin in early July and be played in empty stadiums, ESPN reported. … Oakland Mayor Libby Schaaf warned she may consider closing some city parks, including Lake Merritt, if social distancing rules are not followed, KTVU reported. … The largest bulk of Covid-19 cases in Alameda County are from those between the age brackets of 18-30 and 31-40, according to county stats. …

Despite the shelter in order, Californians don’t seem to have much enthusiasm for returning to many types of establishments. A poll of 800 Californians found 74 percent did not feel comfortable returning to the gym, and 65 percent felt the same about restaurants even with social distancing rules in place, KRON reported. …

U.C. Berkeley Chancellor Carol Christ said the fall semester will likely include a hybrid of in-person and online classes without any tuition refunds, KPIX reported. …

The list of Bay Area restaurants and coffee shops permanently closing is growing, SFEater reported. In the East Bay, they include, Momo & Curry, La Guerrera’s Kitchen, Benchmark Oakland, Tertulia Coffee, Bica Coffeehouse, and Gaylord’s on Piedmont Avenue, among others. In Berkeley, Lalime’s and the Tartine Bakery in the Graduate Hotel have closed for good. … Camp Galileo, a popular summer camp program based in Oakland has filed for bankruptcy, the Chron reported. …

Every California voter will be able to vote-by-mail ballot for the November election, Newsom said on Friday. … Politico reported there is growing sentiment within Democratic presidential candidate Joe Biden’s campaign that Sen. Kamala Harris is the best fit to be his vice-presidential nominee. …

Alameda County’s first virtual marriage was held on May 5.