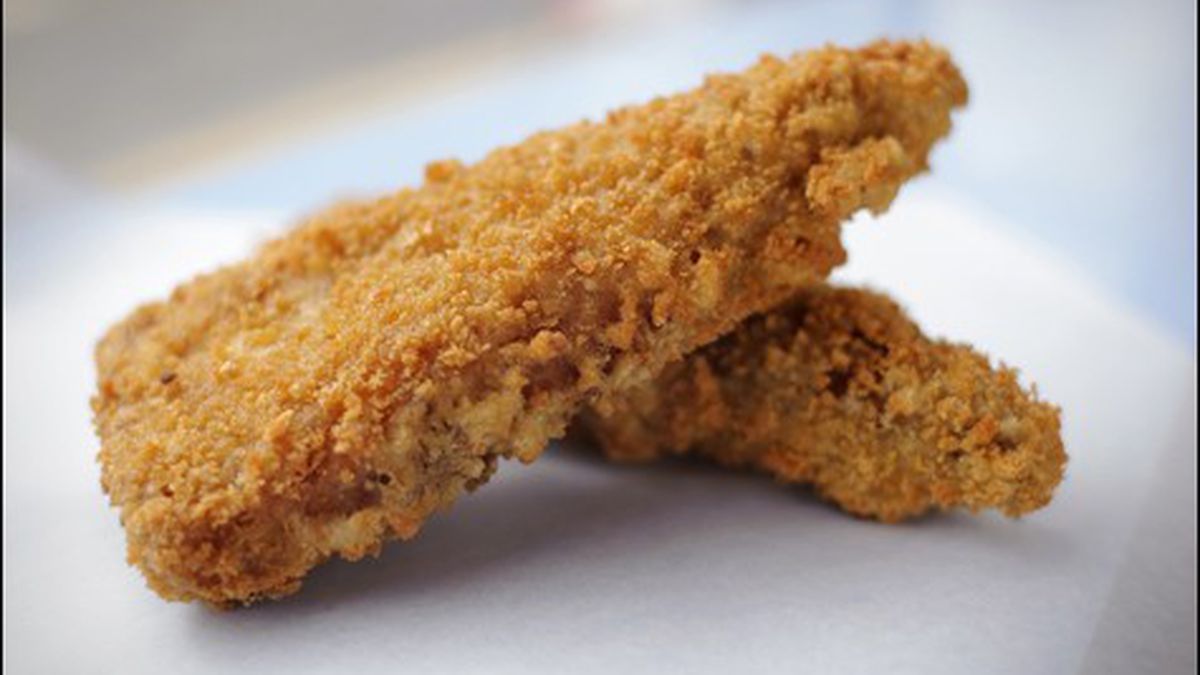 For a while there, a friendly, family-owned restaurant in Fremont sold deep-fried Twinkies. The restaurant is now history. That’s the bad news.

The good news is that another friendly, family-owned restaurant just opened in downtown Berkeley that sells not just deep-fried Twinkies, but other deep-fried items including Ding Dongs and ice cream, too. The even-better news is that these items are deep-fried in light, crispy tempura batter. Multiculturalism meets in-your-face anything’s-possiblism as Sumo Grub serves tempura pizza and tempura mac-and-cheese. To experience this kind of heaven, you don’t have to die.

Granted, battered pizza is not for everyone. That’s why owner/chef Jason Sum, whose family also owns Berkeley Thai House and other restaurants, also offers burgers, salads, sandwiches, sausages, rice plates, and sides. Several items are vegan, some are vegetarian, and some are gluten-free. Many are adaptable: For instance, a “Q-dilla” — which joins surprisingly spicy Spam-and-egg tacos on the menu’s “Sumo Mex” section — can be made with meat or tofu. It’s the kind of fusion that is Sumo Grub’s freshly minted trademark, mild and satisfying, oozing nacho cheese.

Taylor Swift sighed about saying her prayers as we made our way, carrying huge cups of Thai iced tea strong and sweet enough to animate stone statues, to the back patio. Sandwiched between the brutalist sheer walls of surrounding buildings, its umbrella-topped tables facing potted palms and razorwire, the patio is a pocket of the kind of mellow that cannot be faked. Open along with the rest of the restaurant until 1 a.m. — or, as the takeaway menu puts it, “til the freaks come out” — the patio is also a refuge for customers who order things they’re not yet brave enough to eat in public.

That might be the tempura pizza. Sum makes and bakes the dough himself. A bargain at $3, three slices of thick-crusted cheese pizza are tempura-fied into three puffy wedges, each the size and shape of a stapler, their surfaces sporting those roiling-sea rills that only deep-fried batter can produce. Drizzled over them is not dark, sweet, traditional tempura sauce, but Sum’s original “sumo sauce,” a basil-spiked, twenty-ingredient, sweet-and-tart creamy vinaigrette. Dusted with house-made breadcrumbs — Sum scoffs at store-bought panko — the paper-thin, crumbly-crisp, golden batter envelops a fluffy, chewy, melty, gently savory shockwave that sends blood cells and neurons racing in confusion, overwork, and joy.

Like a sly wink, sumo sauce also tops the tempura mac-and-cheese. Although it is not Kraft instant mac-and-cheese, Sum says it is carefully crafted to resemble that American classic, only better. As tempura, it forms two sumptuous patties served in a biodegradable cardboard boat.

In Berkeley, virginally monocultural ethnic food mandates a kind of piety, which this place mocks. (Its logo is a hot-dog-wielding sumo wrestler, after all.) All bets are henceforth off regarding which foods are supposed to go with which. A map-defying choice of toppings augments Sumo Grub’s Angus beef, pineapple-pork, apple-chicken, and meatless burgers and sausages: bacon, chili-cheese, kimchi, teriyaki, tempura, curry, subtly electrifying wasabi-mayo. Mix and match at will.

Virgin monoculturalists can stick to the enormous rice plates featuring teriyaki chicken, tempura chicken, and chicken or tofu in coconut-rich peanut or curry sauce. Granted, the vegetables in ours oddly lacked flavor. And granted, some of these plates come with Spam and macaroni salad, Hawaiian-style.

The Sums got the idea for this place on a trip to the Pacific Northwest. In Vancouver, they marveled at Japa Dog, a wildly popular street vendor whose wieners are smothered in seaweed, soy sauce, miso-mayo, and daikon. Another revelation was Portland’s trendy Voodoo Doughnut, whose doughnuts are made with Froot Loops, bacon, bubblegum, and mango jelly. This transformed Sum’s original business plan, which had been to sell straight, cheap Chinese food: “like Panda Express, but healthier.” Inspired by the innovations of others, he thought: “Better let me do something crazy.” But what to name the new place?

“It was going to be Elephant Express,” he said. “Then I changed it to Buddha Dog. But I’m Buddhist myself, and I didn’t want to offend anybody.” Sum settled on Sumo Grub not because the deep-fried snack-cakes-and-cream-combo dessert he dubs “Tempura Heart Attack” might make diners as obese as sumo wrestlers, but because Sumo was his nickname in high school and in the US Marines, where he played football.

Quick-fried chewy tofu cubes adorn a reef of crisp romaine, swathed in mild, crunchy peanut sauce to make a tofu salad big and protein-rich enough to be highly filling despite being a salad. Why salads are nearly the menu’s most expensive dishes remains a mystery, but when those nearly-most-expensive-dishes cost only $6, it’s a mystery we can live with.

The Rape That Shocked the Nation