Harnessing the power of the 'sharing economy' — and a team of middle school cooks — to save a school garden and cooking program. 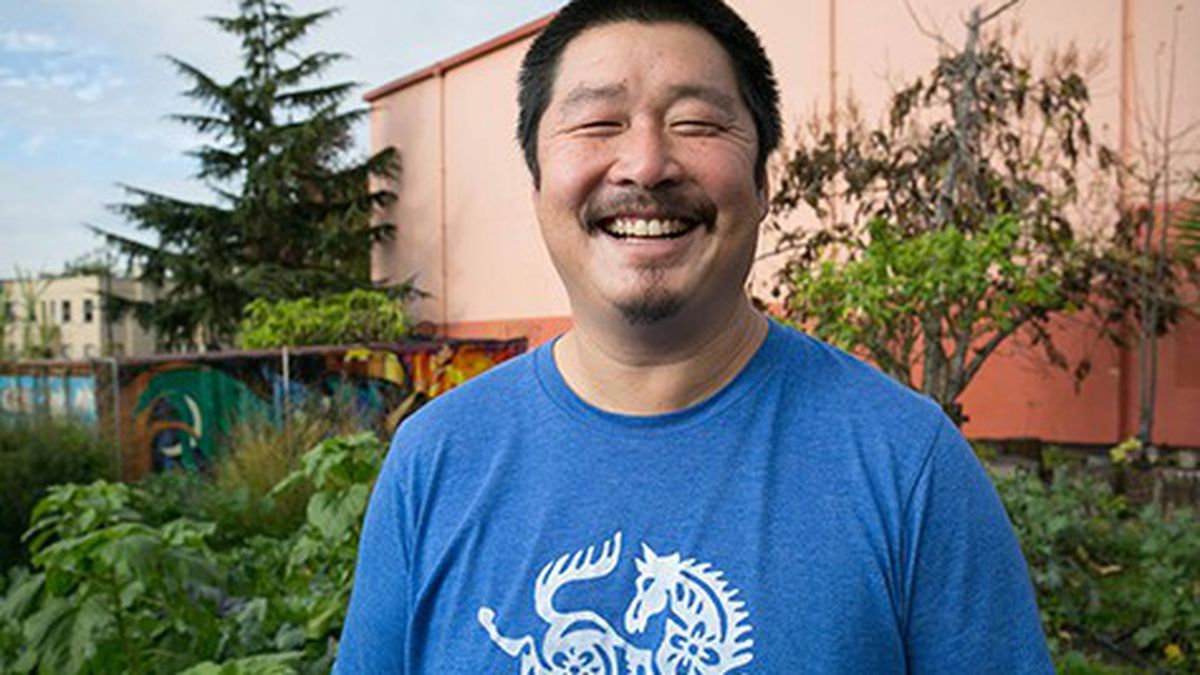 Like many innovative ideas, Tsang’s Growing Leaders class was born out of necessity — the result of Berkeley Unified School District losing $1.9 million in federal grant money that had previously helped fund the district’s fourteen school garden and kitchen programs. When those cuts hit in 2013, individual schools and parent teacher associations scrambled to make up the difference. The upshot was that most schools wound up eliminating the cooking component altogether.

Tsang didn’t want that to happen at Willard, where he has been the gardening teacher since 1997. Tsang also runs a summer program called Growing Leaders, wherein at-risk teens grow produce and sell it to local restaurants, and he wondered if he might apply that model to a more traditional classroom setting. Fortuitously, right around the time the budget cuts hit, a new online platform called Josephine had just launched, with a mission of helping home cooks sell meals to their neighbors.

A partnership with Josephine wound up being the perfect arrangement. Tsang created a year-long Growing Leaders elective during which seventh and eighth graders who signed up would plan and cook takeout meals, and then sell those meals via Josephine.com every other Thursday. Tsang’s hope was that the sales would make enough money to allow sixth graders at Willard to keep their cooking program. Meanwhile, Josephine was actively looking to give back to the community through nonprofit partnerships, co-founder Charley Wang explained. So the Growing Leaders class is able to use the Josephine platform without having to pay any surcharge, and has access to the company’s full range of educational materials, which include lessons on everything from calculating profit margins to setting up one’s food service area.

All told, the collaboration has been a big success. During each biweekly Josephine sale, Tsang’s class sells between 170 and 200 take-home meals for $10–$11 each — mostly to Willard parents and teachers, but also to customers who live near the South Berkeley school and to other Josephine users. During the 2014–15 school year, Growing Leaders’ Josephine sales netted a $31,000 profit, all of which went back into Willard’s sixth-grade gardening and cooking program, helping to fill what would have been a $100,000 budget shortfall. In other words, it meant Tsang had $30,000 less to raise through grant-writing and other channels to keep the program in the black. According to Wang, this year’s profits for Growing Leaders are projected to be even higher: more than $50,000 by the end of the school year.

But ultimately, it’s the process that the 33 seventh and eighth graders in the Growing Leaders class undertake that is more impressive than the end result. Tsang said his approach is to allow the students to do everything. The kids decide what dishes to make and how much to charge, and they do all of the physical tasks connected to prepping, cooking, and packaging the meals.

In many ways, the students’ weekly schedule is not so different from that of a professional cook gearing up to host a pop-up. During their off week, the students test and tweak two or three recipes — for curry chicken, for instance — before deciding on which version they will sell to the public. Josephine offers customers the ability to post both public and private feedback, so students will read the reviews and decide if they need to make any changes moving forward. Then, during production week, they’ll peel and chop all the raw ingredients on Monday and Tuesday, cook on Wednesday, and then package the meals on Thursday, which is also when the kids have a chance to sit down together and eat — to enjoy the fruits of their two weeks’ labor.

Tsang explained that he and one of the school’s two cooking teachers, Susanne Jensen and Marla Manlove, are always there to help facilitate each step of the process. But the underlying philosophy is to let the kids make every decision. That, Tsang said, is what makes the class such an invaluable source of real-world experience for students: “They make mistakes, and they have to pay for them.” He cited one instance when students didn’t cook enough rice for that week’s meal, so they wound up having to go to the Chinese restaurant across the street to replenish their supply — an unexpected expense that ate into their profits. But the students learned from that slip-up, Tsang said.

The entrée for the next Josephine sale — on Thursday, March 10, and available for pre-order starting this week (with the code “growingleaders,” if you’re a new Josephine user) — will be shepherd’s pie, and Tsang anticipates lively discussions around, for instance, whether they should use lamb or beef in the dish.

In many ways, Growing Leaders is a business class disguised as a gardening and cooking class. The lessons students learn about, say, unit pricing and social media marketing, will be useful no matter what field they later pursue.

For loyal customers, that makes the Growing Leaders takeout meals a cause worth supporting. But according to Tsang there’s a big side benefit, if you’re willing to take his word for it: The food really is delicious.