In Rad American Women A–Z, Kate Schatz and Miriam Klein Stahl offer an alphabet's worth of female role models for children and adults. 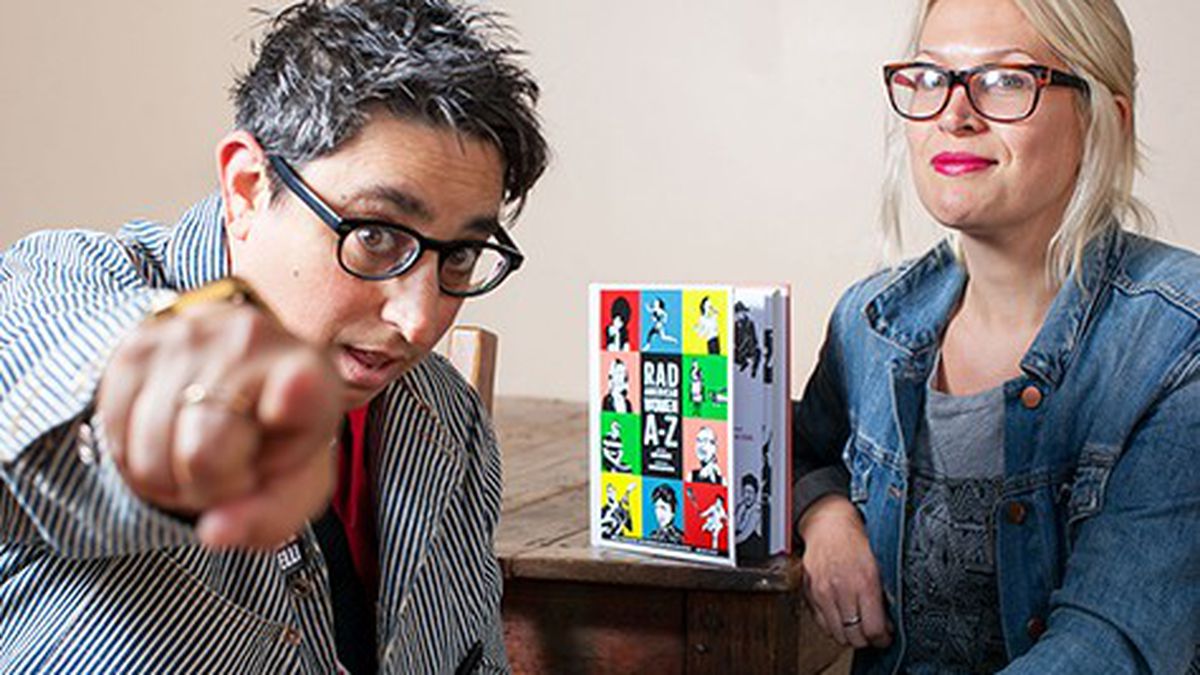 Most people have never heard of Virginia Apgar. The Apgar Score is the method of evaluating the health of a new baby that’s used in hospitals all over the world, and Dr. Virginia Apgar invented it in 1953. She’s one of the many brilliant female figures who is rarely remembered. But she appears in the new children’s book Rad American Women A–Z, written by Kate Schatz and illustrated by Miriam Klein Stahl.

Schatz is a writer, mother, and educator who directs the literary arts program at Oakland School for the Arts. She came up with the idea for the book when her daughter was two, and realized that the books she wanted for her daughter didn’t exist yet. She wanted something that would both provide female role models and fill in the gaps in history books, so she decided on an alphabet book with short bios of inspirational American women.

Last year, she reached out to Stahl, an artist, mother, and cofounder of the Arts and Humanities Academy at Berkeley High School — where she also teaches studio art — to do the illustrations. Soon after, Sister Spit (an imprint of City Lights Books) signed up to publish the book — its first foray into children’s literature. Released last month, the final product is a boldly illustrated list of women that’s easy to understand, but not as elementary as one might expect. Demonstrating the necessity for its creation, the text is as much for adults as it is for children. “I don’t know a single adult at this point who has not learned something reading it,” said Schatz in an interview.

Part of that reason is because Schatz, Stahl, and many of her friends curated a list that avoids obvious names like Susan B. Anthony and Harriet Tubman, to focus on women whose stories are told less often. S is for Sonia Sotomayor, and H is for Hazel Scott. “We were trying to have this magical balance,” said Schatz. “I wanted it to be super diverse in terms of race and ethnicity, but also in terms of time period and the field that the women were working in.”

Schatz does not shy away from difficult subjects. She describes the Ku Klux Klan in the first sentence, and also explains slavery, discrimination, and what it means to be transgender. Rather than dwelling on heavy subjects, Schatz explains them as concisely and directly as possible, because she believes it’s best to be straightforward with children. “I think that kids can handle this stuff, and it’s actually not as hard to talk about as we think it is,” said Schatz.

It would be impossible to inspire readers with real stories of success if real struggle was left out of the narrative — and providing those examples was the primary intention for the book. It’s been proven many times that around the age of nine or ten, the self-esteem of young girls plummets, along with their interest in academics. Schatz and Klein are concerned about that, and hope to counteract it early on. But the book isn’t just for girls, either. “[As educators] we see a lot of the effects of rape culture and high school students navigating that,” said Schatz. “I think you can’t start young enough, in terms of giving boys awesome examples of women and teaching them about respect, and the same goes for girls. It cannot start young enough.”