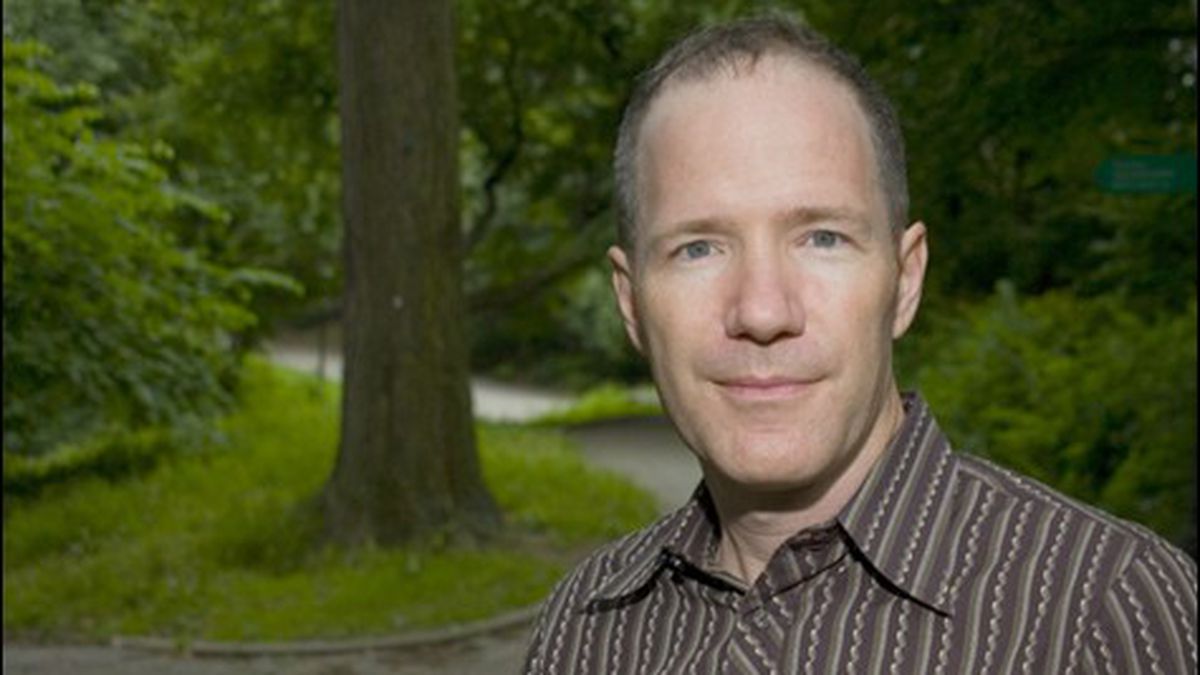 In Rick Moody‘s new novel The Four Fingers of Death, an astronaut’s severed hand creeps across the Sonoran Desert, wielding a Martian superbug that makes its victims “disassemble.” The year is 2025, amputee pro athletes bear bionic limbs, and it has “become commonplace on the broadbands of our nation to feature talk show hosts with cleft palates, homunculi, or other disfigurements,” as has airing “so-called reality telethons featuring learning-disabled persons (a rapidly growing demographic sector of the populace).”

These dystopianisms “were not inspired by anxieties about the future,” but rather reflect “contradictions and paradoxes of American culture now,” said Moody, who will be at Books Inc. (1760 Fourth St., Berkeley) on Friday, September 3. Speculative fiction invites lavish allegory, so “all the future shock in this book — a Sino-Indian world economic powerhouse, cranially implanted PDAs, illegal emigrants — are exaggerations of things troubling us philosophically in the moment.”

So are outer-space violence and a lovelorn laboratory chimpanzee that can talk, having been injected with a dead woman’s cranial tissue. It’s funny, but it’s not. “I’m not really kidding about much in the book. … Generally speaking, the funny and the desperate are right next door to one another, and so in this book the funniest characters, in my view, are the really desperate ones. … My sense is that some people just don’t get my sense of humor at all, and this is often the problem with people from my part of the world,” said the multi-award-winning, Connecticut-bred author.

“Sometimes people can’t see the jokes in my work, or they imagine that I am somehow making fun of the characters, and nothing could be further from the truth for me,” Moody continued. “I love the characters deeply. Morton the chimpanzee is a character I deeply love, and he is probably the character most like me that I have written in some time. If he is funny, it’s because in him I am compassionate about my own shortcomings — which are numerous.”

Formatted as a novelization-within-a-novel and dedicated to Kurt Vonnegut, Four Fingers riffs on The Crawling Hand, a 1963 kitsch classic featuring an astronaut’s homicidal severed appendage. Along with many of his generation, Moody saw that film on late-night TV as a boy.

“We loved these weekend horror movies and the burnt Jiffy Pop and the summer electrical storms. It was a very important part of my childhood, the horror film.”

As for what horrifies him now, “I am gravely worried about people’s inability to be attentive, and especially to be attentive over long periods of time,” said Moody. “I am not someone with ADHD and I find myself impatient with people who cannot concentrate at any length and who demand the cultural equivalent of instant gratification. I like demanding varieties of art and culture. I am willing to wait. I lament an American culture that no longer prizes delayed gratification.” 7 p.m., free. BooksInc.net