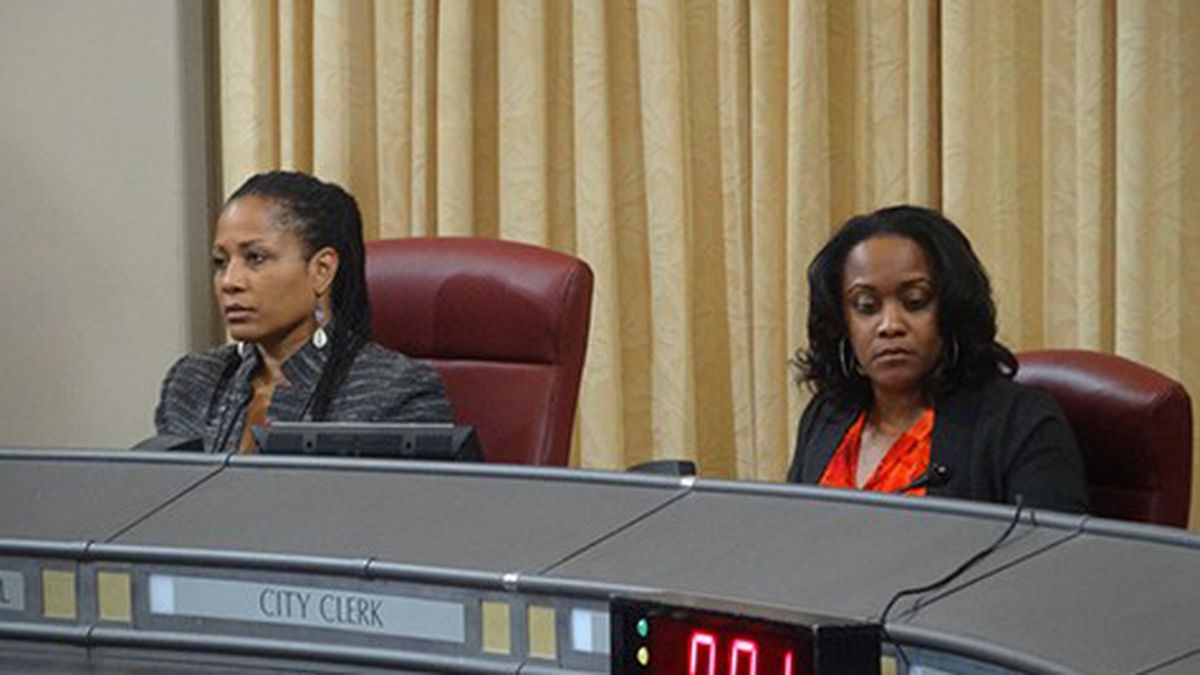 Oakland City Administrator Sabrina Landreth expelled City Clerk LaTonda Simmons from closed session city-council meetings sometime last year and, ever since, staff from the city attorney’s office has been keeping the council’s confidential records, which are normally entrusted with the clerk.

Sources say the move has sparked controversy in City Hall over whether the administrator has the power to bar the clerk from closed-session meetings. And the clerk’s removal also reveals a divided Oakland government, with city officials battling each other over access to information.

Several sources said that the clerk was removed from closed-session meetings shortly after a confidential legal memo was leaked to the Express in July of last year, but this paper could not confirm that the decision was due to the leak.

The secret memo in question revealed that the council was poised to willingly violate state law by selling valuable city-owned land near Lake Merritt. The leak forced the council to abandon its planned sale of the E. 12th Remainder Parcel to UrbanCore, who wanted to develop a luxury apartment project on the site, and re-bid the property, offering it first to affordable-housing developers.

Several members of council and other city officials reportedly fumed over the leak because it made the city look bad. Some blamed the clerk, while others have speculated that City Attorney Barbara Parker herself made the document public. To this day, other city officials suspect a member of the council for sneaking the document out of closed session and handing it over to the press. Everyone denies doing it. No one can prove who’s responsible.

According to several City Hall sources, there was no investigation showing the clerk had any role in leaking the memo. Nevertheless, Landreth removed Simmons from closed session meetings shortly after the incident.

Karen Boyd, a spokesperson for Landreth, said the clerk’s removal was simply an attempt to reduce the number of staff in closed session and make the meetings more manageable.

“When Ms. Landreth became City Administrator last July, she noted that the number of staff members regularly attending Closed Session meetings had grown considerably since her previous tenure at the City of Oakland, when it was the City’s practice to strictly limit attendance to only a few key executives, as is the case in many cities,” wrote Boyd wrote in an email.

But according to several current and former city councilmembers, the city clerk has attended closed session meetings for decades. Other city officials and staff began attending more recently. For example, when Ron Dellums became mayor in 2007, he had his top aides attend closed-session meetings of the council. Jean Quan continued the practice while she way mayor. And City Hall sources say that, while Oakland Mayor Libby Schaaf rarely attends closed-session meetings of the council, she has her Chief of Staff Tomiquia Moss regularly attend.

In response to a Public Records Act request, the city claimed that Landreth’s removal of the clerk was verbal and that no documents or emails were created.

The whole matter of who should attend closed-session meetings and who’s leaking city information is part of a power struggle in City Hall pitting various officials against one another as they attempt to control the flow of information.

One immediate change has been the addition of watermarks on all documents provided by the city attorney to councilmembers in closed session. According to several sources, the city attorney had watermarks placed on all confidential papers pertaining to lawsuits, labor negotiations, business dealings, and other sensitive matters. The marks are individualized for each councilmember, in the form of their name, apparently part of an effort to make any leaked photo or scan traceable back to its source.

In a separate effort to crack down on whistleblowers, Schaaf and Landreth have hired at least one private investigator to ferret out the source of leaked information from the police department and other branches of the city. In response to a Public Records Act request, Schaaf’s office claimed to have no information related to the leak investigation. The city administrator and the city attorney have not yet responded to the request, which seeks, among other things, to determine the cost of the investigation.

City Clerk Simmons did not respond to a phone call seeking comment for this report. But, as to her status, on July 26 the city council will be voting on a resolution to reinstate her in to closed session meetings.

According to a public legal memo written by the city attorney, the clerk isn’t legally required at closed session meetings, and Landreth’s removal of her abided the city’s charter rules. Still, the council may choose to designate the clerk as their private record keeper.