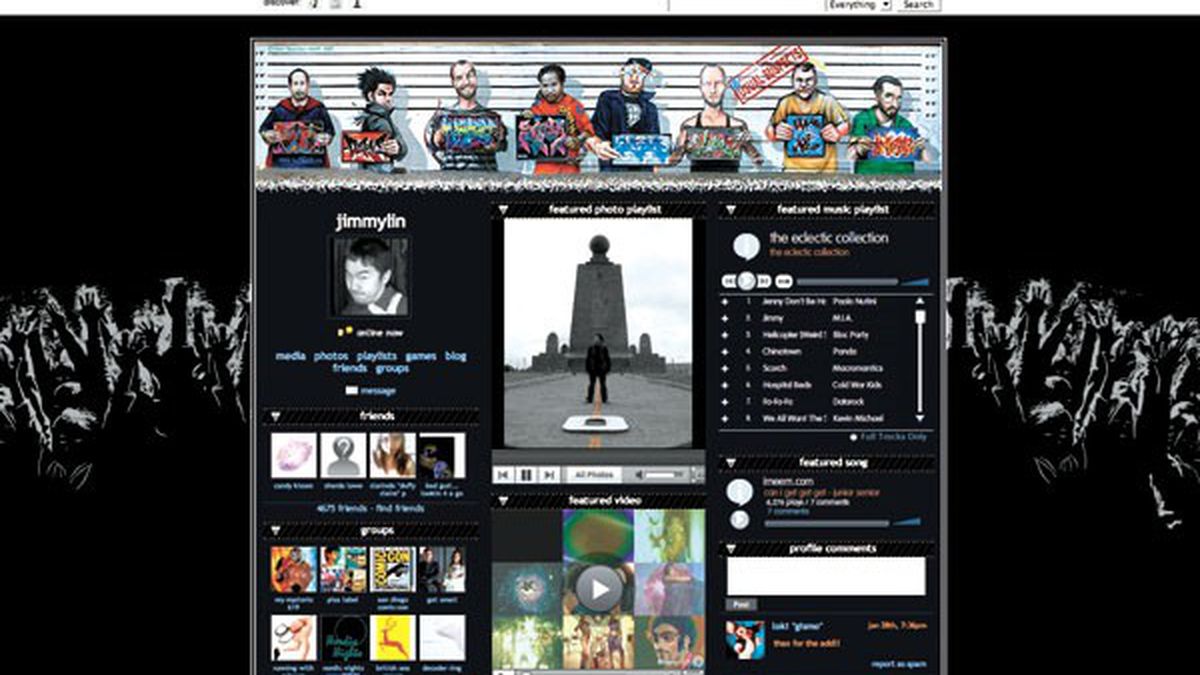 Mixtapes blaring from barbecues and car trunks are the sound of summertime in the East Bay. But this sunny season, some of the dopest compilations stream live from the Cloud.

Local labels and artists say web site imeem.com is lighting up their radar lately thanks to the San Francisco tech company’s reinvention of the humble mixtape. Each month 22.5 million people log in at imeem.com and create playable lists of their favorite tracks (muxtapes), then share them with their friends via e-mail, MySpace, Facebook, and instant message. Most imeem mixtapes feature tracks from the company’s virtually infinite, legal, free jukebox. In the rare event imeem doesn’t have that limited Bauhaus import or Pink Floyd live show, users upload their own copy without fear of lawsuit. Other users immediately spread the new addition like an infection. (The company name riffs on the term “meme” the concept of ideas as viruses.)

“A good playlist is like a diamond earring,” says Matt Graves, imeem’s VP of Marketing Communications. “It’s semiotic bling. It says, ‘Look what I like. Isn’t it good?'”

And indeed, playlists like the Forkcast — updated daily by prominent music critics at Pitchfork — get more than 11 million listens. Bands can be broken on Forkcast, as well as on places like The New Yorker critic Sasha Frere-Jones’ imeem stream. Imeem debuted Scarlett Johansson’s buzz-worthy album of Tom Waits covers, Anywhere I Lay My Head, in May. Radiohead debuted In Rainbows live in video on imeem as well.

Accessible from any computer with a browser, the “Cloud Computing” project also muscled its way into the top five music-streaming sites on the Net this May, behind MySpace and astride Yahoo Music. Graves said they pulled it off with killer code and even more cutting-edge deal-making. The frictionless, easy-to-use site requires no downloading or installation. And it is backed by unprecedented deals with all four major music labels as well as most minor ones. Imeem offers an extremely deep catalog of five million songs and rising, then cuts record companies a per-song fee (fractions of a cent) for every song streamed.

Om Records’ A&R Jonathan McDonald says the evolved version of Napster has given the music industry the audacity to hope for profits in free models of music. High-profile venture capital firms have bet millions of dollars that the fifty-person-and-growing company can lure millions more users in this year, and, in turn, millions in advertising dollars.

Imeem is going to need those users and as well as a rise in the rate advertisers pay to make the model work, says ABB Records president Beni B, a frequent music technology panelist. “You basically have a generation, maybe two, that have grown up believing that music is free and you know what? At some point it will be free,” he says. “The challenge is, how do you take free and monetize free?”

Imeem is not profitable yet, says Graves. This is a do-or-die year for them, and the industry is watching. Timing may play a big role. Computers are faster and Imeem’s flash-based player is ubiquitous.

“YouTube and imeem are huge drivers for us,” says Om’s McDonald. “You can monitor your web traffic referrals through Google Analytics and Alexa, and it basically shows that.”

“If we post a promotional track, the embed codes are right there for anybody who listens to it to spread it along and that’s the key,” he says. “If a fan is willing to spend his or her time and energy to try and turn other people on to our music, then you should give them the tools to do that and throw your content into another forum.”

Beni B cautions against any exuberance, however. Traditional CD sales have evaporated and commercial radio still reigns as the number one discovery method.”Does the stream equal sales? The honest answer is, ‘No, they don’t.’ And in saying that, I don’t discredit sites like imeem or Lala. It gives the consumer the option of engaging the artist over the long term and the long tail.”

“It’s legal and it doesn’t suck,” sums imeem founder and CEO Dalton Caldwell. “It’s really hard to do something in this realm that’s not crippled, and we said to ourselves, ‘Let’s just give people something that’s not DOA, that actually has a shot at bringing massive amounts of users.”

Imeem has done that while retaining their cool factor, says McDonald. “Let’s face it, MySpace is a meat market,” he says. “MySpace is the Marina. Imeem is more South Beach. It just has better bands and cooler technology.”

Facebook
Twitter
Linkedin
Previous articleSlap Hitter: We don’t hate our sports, we don’t hate it, we don’t!
Next articleOakland, Richmond to Observe “Silence the Violence Day”