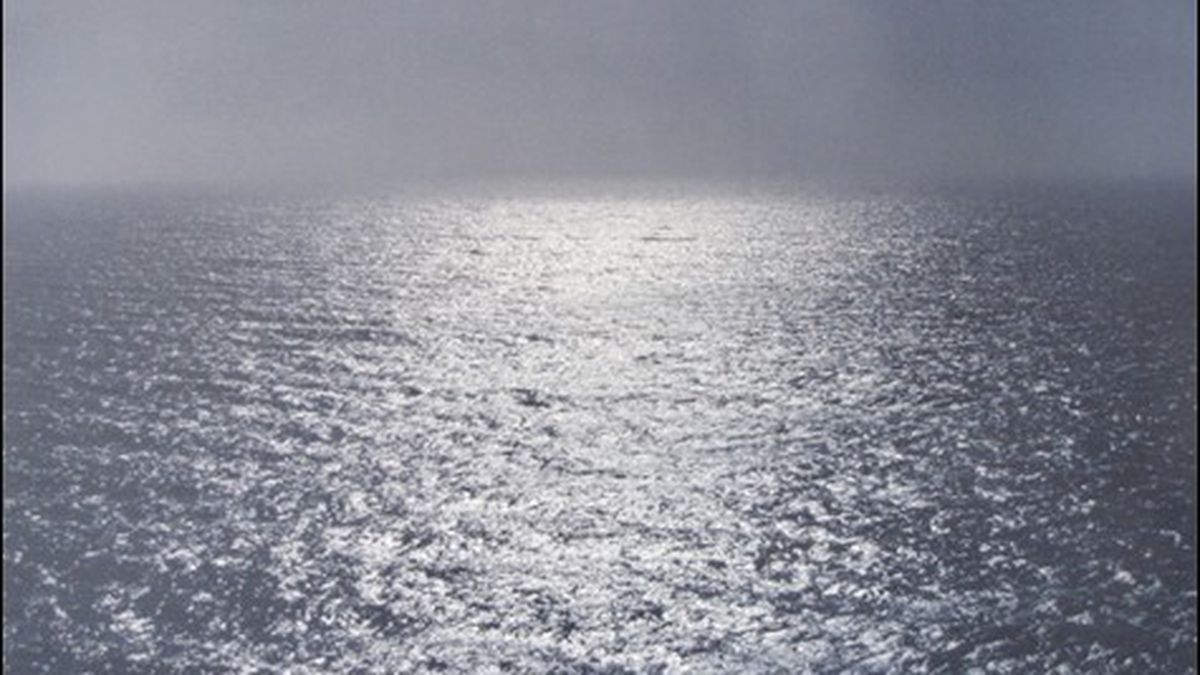 In Modern Painting and the Northern Romantic Tradition: From Friedrich to Rothko, Robert Rosenblum traces the migration of religious feeling from traditional Christian imagery into the landscape in the works of the German Romantic Caspar David Friedrich in the early industrial age, through various stylistic iterations (Expressionism, Surrealism), arriving a century later at Mark Rothko’s dematerialized light and color. He describes an early Friedrich: “A strange quiet reigns over the vast expanse of land. Indeed, the mood is so hushed and meditative that the topographical facts of the distant architecture — the tiny houses and church spires whose diminutive silhouettes are just visible through the haze on the remote horizon — become almost visionary in character, the apparition of some Heavenly Jerusalem viewed across a plain radiant with a quietly glowing sunlight.”

The dozen or so color photographs in Dividing Line can be seen as similarly poetic, although in a low-key, secular, contemporary vein. Where Christopher Nickel’s previous works focused on the industrial landscape reduced by long lenses and long exposures to large rectangular color blocks — pitted, rusted walls abutting gravel-strewn pavements or reflective pools — his current work depicts the Western landscape: Colorado, Lake Tahoe, the Central Valley, Mendocino, Half Moon Bay, and the Golden Gate. Large expanses of land, sea, and sky become rectangular curtains or shutters (or metaphorical eyelids) that meet at infinity in these large, untitled prints made from medium-format film negatives. Nickel: “The horizon, evident in every environment … allows us to orient ourselves within space. In a landscape, the horizon demarcates the limit of what is visible, and is the line that divides the earth and the sky. It also serves to unify, existing as the point of meeting for disparate fields of color and texture. It is this idea of the horizon that I use as a formal starting point … transforming these expansive vistas into two-dimensional compositions … between representation and abstraction … photographs that are more than mere depictions of a location.” In Nickel’s photo of Central Valley farmlands, furrows converge with the mechanical regularity of railroad tracks. In a photo of Half Moon Bay, shimmering light on slate-like water beneath dark skies implies, if not divinity, at least the daily solar miracle. In photos of Colorado, diffuse clouds resembling white silk undulate above seas of grass, although two mountainscapes have a more turbulent, Romantic air, with light and shadow unbalanced and in movement. Dividing Line runs through July 30 at Slate Contemporary (4770 Telegraph Ave., Oakland). 510-652-4085 or SlateArtandDesign.com