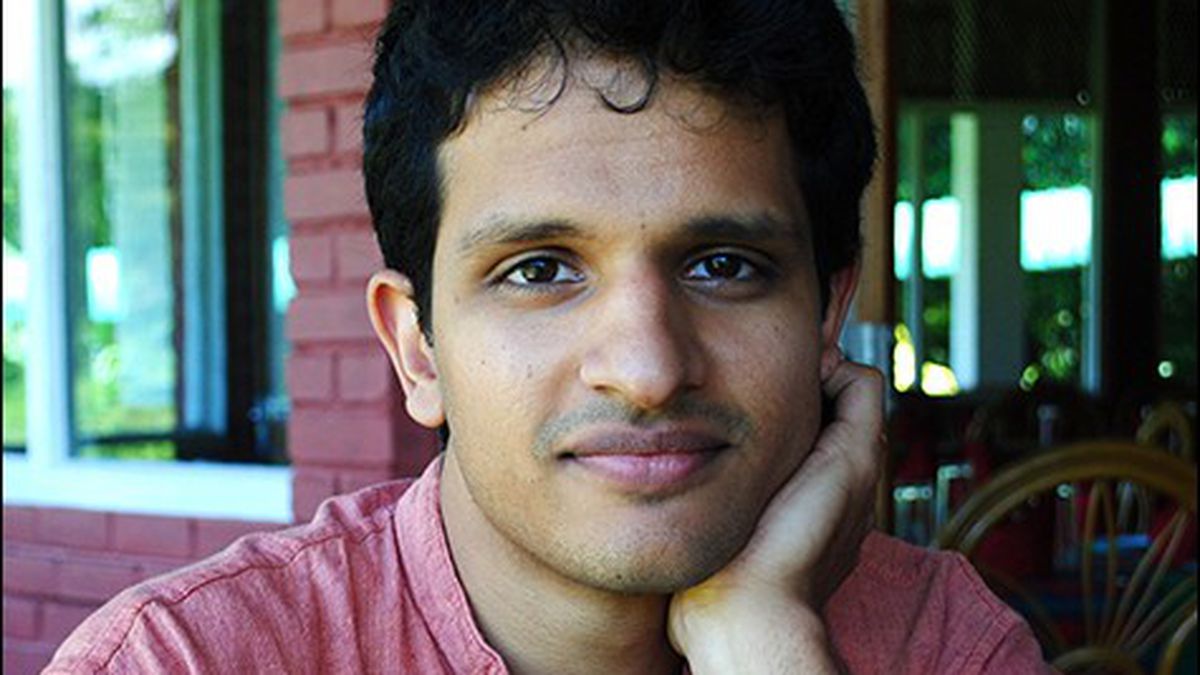 Stories of a Place

A multi-instrumentalist and singer since childhood, local musician Gautam Tejas Ganeshan is something of a novelty. He creates music in the Carnatic tradition, a highly improvisational form native to South India. But to his knowledge, he’s the only performer of Carnatic music who sings original compositions in English. In that way, Ganeshan is “subversive,” said Frances Phillips, the program director of the Creative Work Fund, a program of the Walter and Elise Haas Fund that supports collaborations between artists and nonprofits to create new work.

This year, Ganeshan will bring his subversive work to the fore as part of a collaborative project with Berkeley’s Subterranean Arthouse called “Story of This Place.” As part of the project, local singer-songwriters will perform every second Sunday for the next four months. The musicians, who have been selected by Ganeshan, will debut new songs to the public inspired by their ruminations on “place.” Each songwriter session will also have its own theme, including “intelligence,” “care,” “moment,” and “remaining.” To complete the project, Ganeshan will write his own songs inspired by the sessions and will perform them live this fall at the Subterranean Arthouse. The Creative Work Fund awarded the Subterranean Arthouse and Ganeshan a $25,000 grant to develop “Story of This Place,” and the performances are being presented by the UC Berkeley Art Museum and Pacific Film Archive as part of curator David Wilson’s experimental new exhibition at BAM/PFA entitled The Possible, which seeks to bridge connections between artists of different disciplines in the public eye.

In many ways, “Story of This Place” is a natural extension of Ganeshan’s dual interests, which are to foster community among local musicians (and within the South Indian classical music community, in particular) and to challenge himself to go deeper within his own music. “I started writing my own songs as a way to be as authentic as possible,” Ganeshan said. “I don’t just want to be an interpreter…. That’s pretty rare. In Carnatic music, tradition is very much king, which can be stifling.”

Carnatic music is usually performed by a small ensemble of musicians and includes a rhythm instrument (typically the mridangam, a double-headed wooden drum), a drone instrument (such as the tambura, a long-necked plucked lute), a melodic instrument (like a bamboo flute or violin), and a vocalist, who acts as another instrument. During his performance at Red Poppy Art House in San Francisco in January, Ganeshan sped up and slowed down the cadence of his voice and changed his pitch as he repeated the same lyric over and over again. As a result, formerly recognizable lyrics morphed into something entirely different, thereby eliciting different emotions. Ganeshan said there’s a concept in Indian music called kalapramanam that he considers while he’s performing. It’s the idea that there’s an appropriate speed to bring out the beauty of a song. “The same song made slow would not be as beautiful.”

Improvisation is also inherent to Carnatic performances: In January, the violinist and mridangam players played off, mimicked, and seemed to challenge one another during the group’s two-hour set, which also included free-form solos. At times Ganeshan seemed to be shaking his head in agreement and even saying “no” aloud. “When something surprises me, when it’s beautiful or unexpected or special, there’s a culture of expressing that vocally,” he said.

Ironically, Ganeshan was slow to fully embrace his voice. Though he’s been practicing music all of his life (he also seriously studied the violin), the thirty-year-old only started using his voice as an instrument in 2008. In 2011, he started writing lyrics to his songs.

“While I was playing violin, I would sing sometimes here and there to express an idea to myself. And people would say, ‘You know, you should really sing,'” he said. He decided to start writing lyrics in English because he wanted “to own what I’m doing even more. I had something else in me I wanted to express.”

Ganeshan writes songs modeled on different types of Carnatic song forms, which provide the music with a “shape.” But the fact that he writes in English makes his music much more accessible to an English-speaking audience. Ganeshan’s earnest and sincere lyrics are affecting and bold.

Drawing upon the creative energy of other local singer-songwriters to create his own lyrics is another way Ganeshan situates Carnatic music within contemporary America. Phillips said that Ganeshan’s proposal was attractive to the Creative Work Fund’s administrators because it directly addressed the “tension that exists between honoring the value of tradition and being open to how tradition morphs, changes, and needs to [be] revived and renewed to have meaning…. The feeling on the panel was: Here’s an example of an activity that contributes to the vitality of that practice.”

Phillips said his organization was also impressed with Ganeshan’s relationship with the Subterranean Arthouse. For the past three years, Ganeshan has been producing Carnatic shows at the Berkeley venue in his role as the founder of the Sangati Center, which has hosted more than four hundred acoustic chamber concerts of Indian classical music in the Bay Area since 2006.

The musicians invited to perform for the “Story of This Place” sessions will come from diverse backgrounds, including folk, rock, and classical Indian music, to name a few. Before each performance, Ganeshan will use The Possible’s on-site print shop to print copies of each songwriter’s lyrics. “This project is particularly interesting because it creates a forum for singer-songwriters to generate communication amongst each other. It bridges traditional and innovation, and it’s site-specific,” said Claire Burns, a co-director of the Subterranean Arthouse.

“Gautam embodies the artist and the community organizer,” said Wilson, a longtime friend and collaborator of Ganeshan’s. “He himself is a very talented artist and has a passionate and driven approach to music and creation, but he also has this energy he puts forth towards supporting others and bringing people together. He has a dual focus really, and it’s a beautiful thing. He’s making things, but he’s also providing for others and future others.”

Before each singer-songwriter session, Ganeshan will hold what is essentially a Carnatic open jam session, called “Bhajana,” from 11 a.m. to 2 p.m., in musicians are invited to take part. Ganeshan also has upcoming performances at Avonova in Oakland on February 16, Brick and Mortar Music Hall in San Francisco on March 11, and Studio Grand in Oakland on March 23.