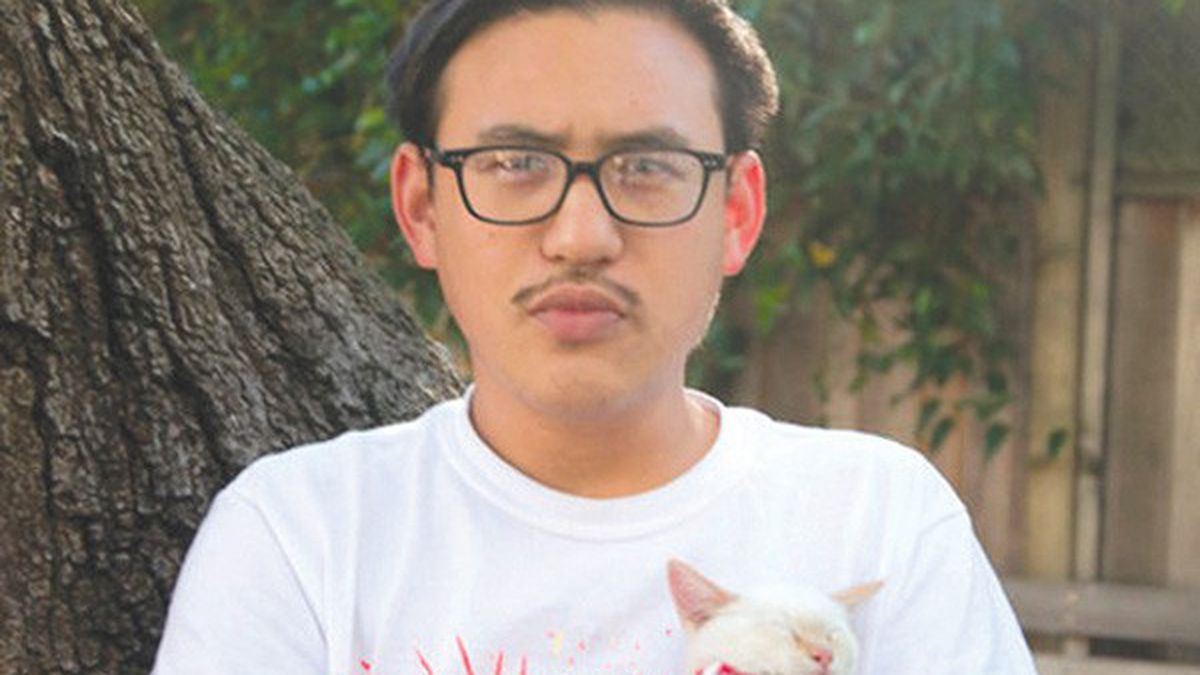 Step Right Up to the George Chen Show

George Chen needs a good analogy. Or at least a concise way to describe what he does. It’s not easy, because Chen is involved with the local arts scene through just about every avenue imaginable. He currently plays in three different bands (one of which, Kit, will be embarking on a European tour this spring). He’s booked shows for Club Sandwich and the San Francisco Electronic Music Festival, and in August will help program the Berkeley Art Musuem’s “[email protected]” series. He freelances for several local publications (including the Express) and contributes to three different blogs. Since 2008 he has dabbled in the stand-up and storytelling scenes, performing at the Porchlight series and at places like Mama Buzz Cafe. Up until this week he also held a day job as a publicist at Alternative Tentacles Records, but recently quit in order to pursue a full-time career in what he describes as “whatever warped bonzai version of show business that exists in the East Bay.”

All of this does not necessarily lend itself to business-card-length descriptors or easy comparisons. “I generally don’t spend too much time considering myself or trying to put what I do in a box, but this is about the time it’s starting to happen,” he said.

Semantic difficulties aside, though, Chen’s omnivorous approach to the East Bay’s arts scene has made his latest venture, the George Chen Variety Show, this Friday, March 11, at the Saturn Cafe (2175 Allson Way, Berkeley), a natural next step. It’s no accident that the show happens the very same week that Chen officially steps off the cliff and abandons the comfort of a day job to pursue the life of a full-time artist: “I’m really in a transitional moment right now, so I’m just trying out everything that seems interesting,” he said. He’s not just looking for a sound bite to give to his parents and the people he meets at parties; he’s trying, he said, to use his newfound free time to really figure things out — to “answer [the] question, ‘What do I do?” To that end, the variety show is a logical way to combine his interests and bring his disparate connections together under one roof. For the show’s format and tone, he drew from a characteristically broad set of inspirations — late-night talk shows, podcasts, old-school TV variety hours, the fanzines he grew up reading as a kid. The entertainment itself will be provided by various acquaintances of Chen’s from all corners of the arts and culture universe. Musician Erica Anderson, formerly of Gowns, will perform as EMA. Chen and Alee Karim will do stand-up. There will be a game-show-esque component in the form of the so-called Leonard Maltin game, a movie trivia competition popularized by one of Chen’s favorite podcasts, Doug Benson’s Doug Loves Movies. Other friends of Chen’s — punk-rocker-turned-vegan-chef Joshua Ploeg, artist Christy Chan, filmmaker Sarah Lockhart, and Chen-described “raconteur” Dianne Martinez — will conduct presentations and informal interviews with each other. He’s keeping things minimal and cheap, adopting a DIY ethos. The end result is something like a live-format magazine; or the coolest, most interesting dinner party you’ve ever been to; or a sort of 21st-century arts-and-entertainment circus, with Chen as the ringmaster. Call him P.T. Barnum. 8 p.m., $5. SpaceLounge.SaturnCafe.com