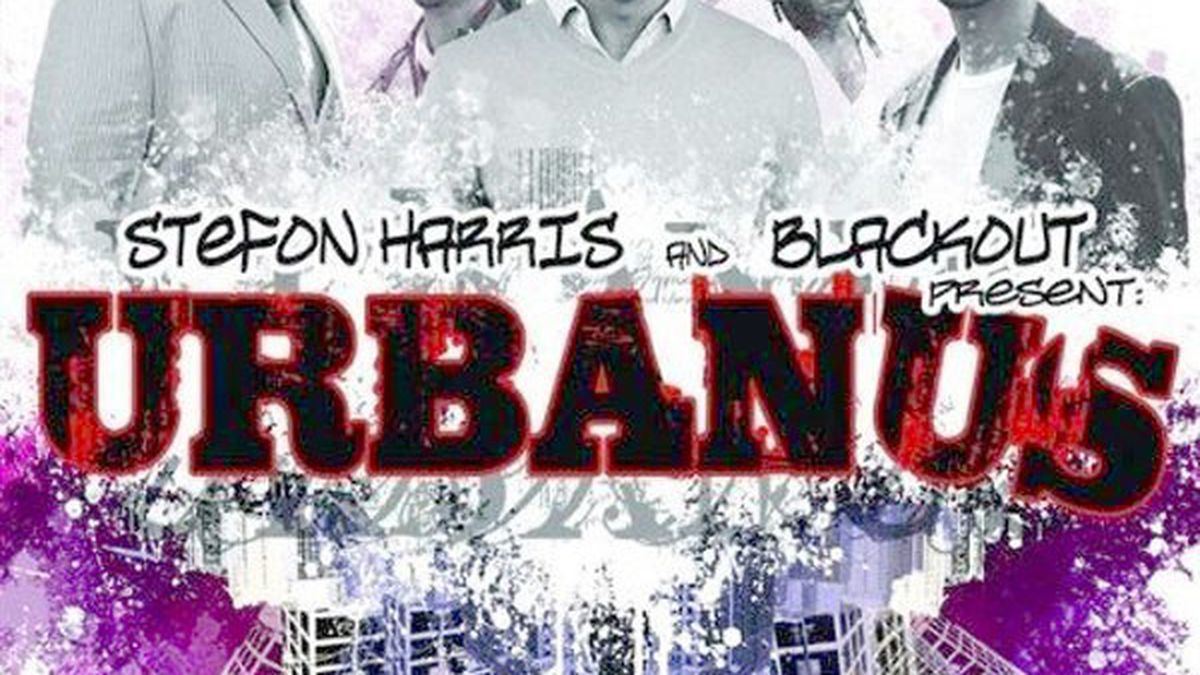 Vibraphonist Stefon Harris assembled the cast of Blackout about five
years ago, when he got serious about appealing to a younger generation.
Unlike most of his other projects, it’s not a straight-ahead jazz
combo. Rather, it includes musicians who trained in jazz but grew up
listening to Coltrane, strut, hip-hop, and new jack swing. Keyboardist
Marc Cary is an arthouse dweller who experiments with indigenous music.
Alto saxophonist Casey Benjamin is better known for his vocoder, which
sings with gorgeous, computerized liquidity. DC-born bassist Ben
“B-Dub” Williams is a serial award-winner who also rips it on piano.
Drummer Terreon “Tank” Gully specializes in gospel and R&B as well
as reggae and Afro-Cuban rhythms. The group is accustomed to getting
onstage without a set list and just winging it.

The tension in Blackout’s new album, Urbanus, stems from its
blending of canonical styles and trendier forms. Harris composed two
songs on the track list: the swift, compact “Blues for Denial” and
soulful ballad “Langston’s Lullaby” (co-written with Benjamin).
Otherwise it’s a mix of standards and originals, including a couple by
Benjamin, one by Gully, one by Cary, and one by percussionist Sameer
Gupta, plus a heavily orchestrated Stevie Wonder cover. Harris is the
album’s obvious star, adeptly switching from vibes to marimba between
tunes and singing audibly on most of his solos. He’s careful,
technical, and incredibly pretty — adjectives which don’t always
become a jazz player. But in this case he’s counterbalanced by other
band members, who each get their own moment to shine. Cary sounds quick
and imperfect on his own tune “The Afterthought,” which shifts grooves
a couple times. Benjamin’s vocoder adds a metallic gloss to the Buster
Williams ballad “Christina,” which recalls both Herbie Hancock and the
Auto-Tune melodies you hear on today’s hip-hop albums.

The album fuses genres but still has continuity. It’s neither
fussily traditional nor self-consciously modern. For Harris,
Urbanus marks another turning point. (Concord)