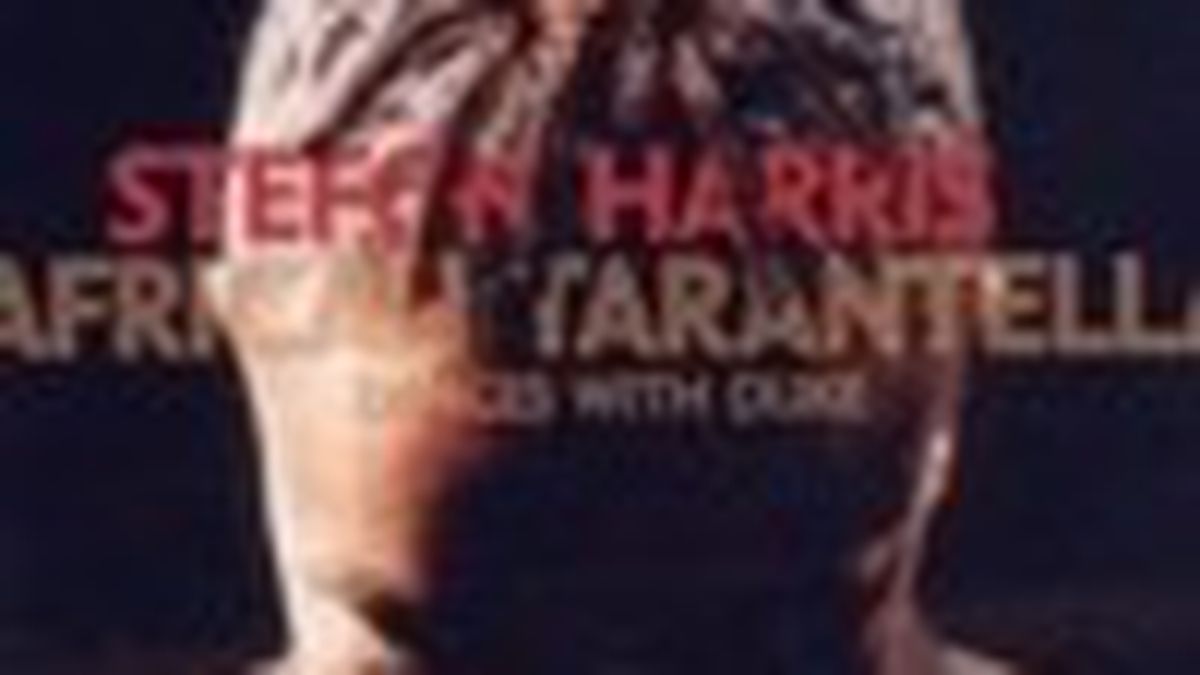 Jazz has a ridiculously steep learning curve that usually scares off newcomers, and you wouldn’t expect the Grammy-nominated Harris to be any different. The Albany, New York, native graduated from the Manhattan School of Music (he started out at Eastman School in Rochester, with a full scholarship) after teaching himself to play piano at age six by counting the spaces between notes. Harris remembers watching cartoons as a kid and listening to the background music. By the time he discovered vibes in eighth grade, he could plunk out the Pink Panther theme song on at least a dozen instruments. Yet, despite being a Blue Note star, Harris seems charmingly resigned about his accomplishments — most of which he attributes to a genuine curiosity about music — and his albums reflect his character: earnest, unassuming, and void of pretense.

Harris’ latest, African Tarantella, is an homage to the great bandleader Duke Ellington, on which the vibraphonist combines selections from Ellington’s New Orleans Suite (1970) and “Queen’s Suite” (1959) with snippets from his own “Gardner Meditations.” Neither pure genuflection nor total pastiche, African Tarantella is clearly the work of someone who grew up with Ellington wedged between Stravinsky and Stevie Wonder in his record collection. It starts off flowery and symphonic, but by the beginning solo of the third song (“Portrait of Wellman Braud”), Harris starts getting funky. The vibraphonist’s fetching rendition of “Sunset for a Mockingbird” puts him in dialogue with pianist Xavier Davis; the two sound like old friends finishing each other’s sentences. Tarantella‘s instrumentation — piano, vibes, trombone, clarinet, bass, flute, cello, and viola — sometimes errs more on the side of chamber music than big band, but the songs are elegant, clean, and sweet enough to convert the uninitiated; especially when you catch Harris singing to himself.

What a Difference a Day Makes

When the Stars Came Out