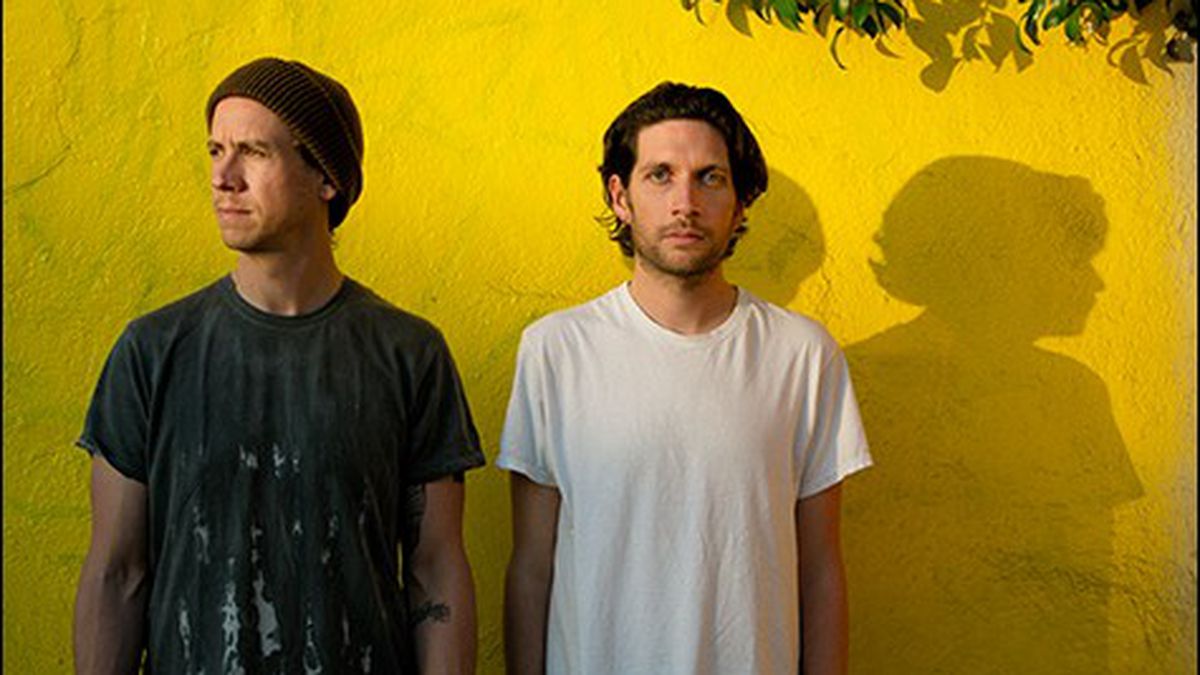 Station to Station Stops in Oakland

The music and arts festival promises an immersive experience.

It’s difficult to describe the music and art festival Station to Station. Even Molly Logan, the event’s executive producer, has trouble explaining it. Logan and her team, which is led by multimedia artist Doug Aitken, have opted for the term “nomadic happening,” a simple description of an ambitious event that will bring six bands, a dozen art installations, and twenty films to West Oakland’s historic 16th Street Station — the final stop on a ten-city, month-long, train-traveled tour.

The planning for Station to Station began three years ago, when Aitken drew the idea on a napkin and tasked Logan with making it happen. A former art agent, Logan runs a Los Angeles-based consultancy business that specializes in producing projects that fall outside the purview of traditional art organizations like museums. Also based in Los Angeles, Aitken has curated similar performance- and art-based exhibitions — his 2012 installation “SONG 1” for the Smithsonian Institution’s Hirshhorn Museum and Sculpture Garden reimagined the classic pop song “I Only Have Eyes for You” in a massive, 360-degree video; artists like Brian Weitz of Animal Collective, Nicolas Jaar, and No Age showed up to score the live soundtrack.

Logan said Aitken wanted to bring artists together from many disciplines, traverse the country by train, and create public art. Logan explained that Station to Station is more experimental than most music or art festivals: “It’s not a music tour and it’s not an art show,” she said. “It’s about the cross-disciplinary DNA. It sits between the cracks of creative disciplines and allows for surprises to happen.”

Logan first enlisted Amtrak to secure a private charter train — which Aitken adorned with computer-programmed LED lights — and then started planning the route and booking artists. In 2012, Levi’s signed on as the flagship sponsor. Logan was quick to clarify that Station to Station is not part of a Levi’s corporate campaign, but that the partnership ended up being a natural fit: The train follows the same route Levi Strauss took in 1873, when he travelled from New York to California.

Having started its journey in Brooklyn on September 6, Station to Station has traveled to Pittsburgh; Chicago; Minneapolis-St. Paul; Kansas City; Santa Fe; Winslow, Arizona; and Barstow, California; and will stop in Los Angeles on September 26 and Oakland on September 28. Some venues, like 16th Street Station and Pittsburgh’s Union Station, tie in with the train theme.

The music and art varies in each city, but there are some repeat performances and installations. No Age, an experimental punk duo based in Los Angeles, is the only band that will appear at every stop on the tour; the Oakland lineup will also include electronic experimenter Dan Deacon, singer-songwriter Lia Ices, post-punk band Savages, roots-reggae group Sun Araw and The Congos, and pop revivalist Twin Shadow. Previous stops have featured Patti Smith, Thurston Moore, and Ariel Pink.

Logan said that organizers tailored each event to its individual city, incorporating local culture by adding guests like the Rich South High School marching band in Chicago and flamenco dancers in Santa Fe. “We cannot go across the country and import culture,” she added. “It’s misguided.” (Local guests at the Oakland event have not yet been announced.)

Aitken curated the performance portion to be a complete experience — weaving together music and art — and Logan said it’s different than typical music festival fare. “Doug mixes these ingredients that would never make sense,” said Logan. “The music winds down and then art pieces come in. It’s highly choreographed. It’s designed to be one immersive experience.” In the event’s early planning stages, Logan said artists including Beck contributed ideas on how to make the project collaborative between musicians and visual artists. She added that most bands will not play “a normal set” and will instead opt for something that speaks to the overall concept.

Station to Station commissioned artists to create installations specifically for the tour, including five canvas yurts designed by underground filmmaker Kenneth Anger, Swiss contemporary artist Urs Fisher, sculptor Liz Glynn, Belgian installation artist Carsten Höller, and Brazilian installation artist Ernesto Neto. Other pieces include a multicolored smoke installation by Swiss artist Olaf Breuning, which was shown at the launch event in New York and will be included in the Oakland exhibition, plus twenty films by leading contemporary artists. Many of these artists have participated in the famed Venice Biennale, an art exhibition that takes place once every two years in Venice, Italy, which Logan said served as an inspiration for Station to Station.

Logan said the Oakland event will be the biggest of the tour — both in size and scope. With a capacity of 2,500 people, 16th Street Station will host the largest number of attendees the festival has seen, by a factor of about two. The event will feature an outdoor main stage, surrounded by the yurts and large-scale installations, and a smaller, indoor stage with film screenings. Because it’s the last stop on the tour, the train will bring most of the art from previous stops: “Oakland will probably have everything from every stop present,” Logan said. “It’ll be the huge blowout.”

Logan said Oakland was always planned to be the final destination of the tour. “There was never any question of doing it outside Oakland,” Logan said. “We wanted to end it the same way we launched it in Williamsburg [Brooklyn]. Oakland has the same energy.”

The only real challenge to holding the event in Oakland was securing the shuttered, Beaux Arts-style 16th Street Station. Although the station has slowly been restored by the nonprofit group RAILS (Restoration Association for Improving the Landmark Sixteenth Street Station) and sporadically used as a venue since 2011, the City of Oakland initially rejected Station to Station’s request to hold the event there, citing the fact that it wasn’t up to safety code. To gain approval, Logan said organizers paid to have the building de-molded and updated (they didn’t touch the building’s graffiti). Due to Amtrak restrictions, the train itself will be off-site during the event and displayed on the east side of the Jack London Station. The train will arrive on September 27 around 9 p.m. and will be available for viewing throughout the weekend.

Tickets for Station to Station sold out when they went on sale in July, but Logan said a limited number of additional tickets will be available at the door (check the event’s website, StationtoStation.com, for updates). All ticket proceeds go to a nonprofit fund that benefits nine cultural institutional partners, designed to support projects in 2014. For those who can’t make it, organizers are documenting the tour and profiling participating artists as part of an extensive digital campaign. But to quote Logan, “it’s a weird one.” In other words, you’ll need to be there to fully understand it.