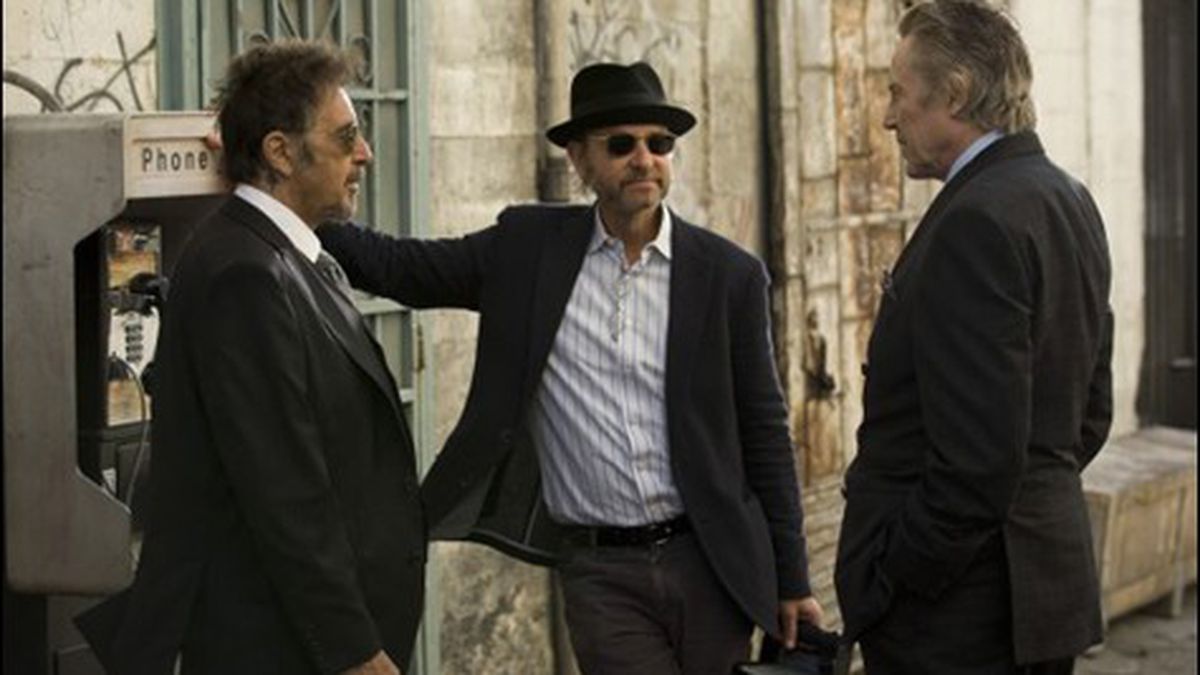 Al Pacino doesn’t yell “Hoo-rah!” even once. He also fails to gun down any rival mobsters or police officers in a restaurant. Christopher Walken never plays Russian roulette. He ends up shooting only one or two people. Meanwhile, Alan Arkin actually manages to make himself dull. These are the sorts of frustrations we’re up against in Stand Up Guys, one of the tiredest movies ever associated with those three actors.

Granted, the idea behind the movie is that newly paroled convict Val (Pacino), his former partner in crime Doc (Walken), and their wheel man Hirsch (Arkin) are old. Pacino is, in fact, 72; Walken is 69; and Arkin, pound for pound the brightest bulb in the lot, is a ripe 78. But there’s a difference between making a film about three exhausted, washed-up men and having the actors playing the parts behave like extras in a zombie flick. There have been about three million movies in which senior citizens redeem themselves. Stand Up Guys may well be the creakiest.

Val gets sprung from the pen after 28 years. Doc meets him at the gate and they immediately visit a whorehouse, a convenience mart, a diner, a nightclub, and a hospital emergency room, in that order — picking up Hirsch from a senior home to drive their stolen car. Every geriatric joke in existence, masculine division. But there’s a conflict: Doc has been hired by über-gangster Claphands (Mark Margolis) to assassinate Val before 10 a.m. the next day. So it’s literally everyone’s last go-round. Instead of The Bucket List, we could call it “The Fuck-It List.”

It’s a pleasure seeing former character-actor Fisher Stevens’ name in the credits as director. He deserves a better screenplay than this. Still, it’s perverse fun to watch three of the finest American character actors struggle through the wide-open spaces of this sleep aid. They’ll get over it in time.