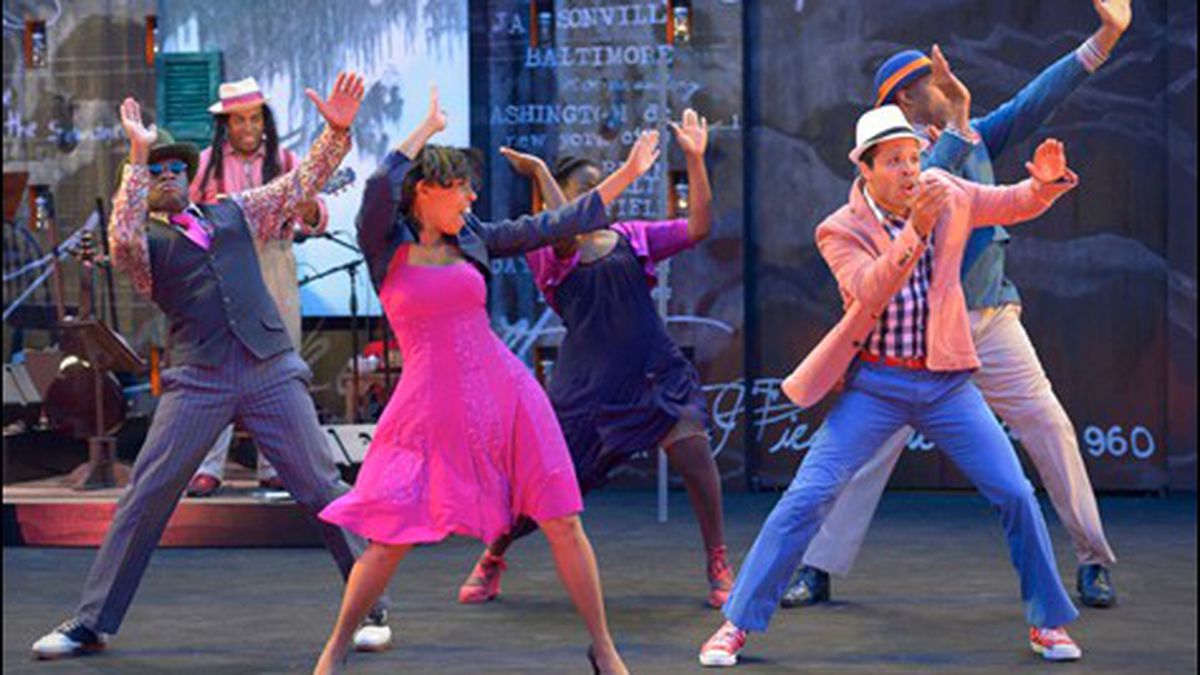 Spunk and the Git

Harlem Renaissance writer Zora Neale Hurston enjoyed her own renaissance in the Seventies and Eighties, after Alice Walker resurrected her in a 1974 article for Ms. magazine, which she republished — and expanded — in the 1983 book In Search of Our Mothers’ Gardens. Six years later, playwright George C. Wolfe adapted three of her stories for stage in the Obie-Award-winning off-Broadway production Spunk, which premiered at the Public Theater in New York. That’s where Cal Shakes Artistic Director Jonathan Moscone first saw it, and fell in love. He was enchanted by Wolfe’s sure-handed script, but even more so by the raw material. Indeed, few parts of American literature are as gorgeously limned as Hurston’s vernacular prose.

Moscone brought Spunk to Cal Shakes this summer, with director Patricia McGregor and a cast that includes some of the royalty of local theater — among them Margo Hall and L. Peter Callender. It’s a lean, ninety-minute triptych that’s almost more of a reader’s theater. The actors double as narrators, using call-and-response techniques to foreground the oral tradition that Hurston loved. Michael Locher’s spare set, with its shelves of jarred beans and chinaberry trees, remains the same even as the stories jump across time periods — many environments are implied, rather than expressly created. Evidently, McGregor knew what Wolfe knew before her: When you’re working with language as vivid as that of Hurston’s, less is definitely more. Better to step back and let her voice be the main star.

But Hurston, who was adored by many of her contemporaries — including the poet Langston Hughes — for depicting race in a “racy” way, would undoubtedly have approved of the casting decisions at Cal Shakes. Spunk kicks off with “Sweat,” a story about an abusive relationship between a rail-thin washerwoman named Delia (Hall) and a philanderer named Sykes (Callender). The actors manage to find humor in the grim subject matter: Sykes berates his wife for being too scrawny, then takes up with a thicker-set woman (Dawn L. Troupe) with an obnoxious laugh. “When she wants to laugh, she opens her mouth and lifts it back to the last notch,” says one observer chewing cane on a stoop. Troupe demonstrates, and a peal of high-pitched squawking jangles through the Meyer Sound speakers.

The vignettes that follow — “Story in Harlem Slang” and “The Gilded Six Bits” — are similarly wry, with spiny characters and vivid descriptions coiled around a plot that’s really no more than a fable. “Harlem Slang” is about two consummate womanizers (played by Aldo Billingslea and Tyee Tilghman) who use their wiles to get a hot meal and a bit of reefer — in this case, “pimp” is actually a euphemism for “male prostitute,” one ensemble member explains. “The Gilded Six Bits,” meanwhile, is about the perils of avarice. Billingslea and Omozé Idehenre play a young couple, Joe and Missie May, whose marriage is imperiled by an evil swindler, and by Missie May’s desire for material wealth. Their understated portrayal of adultery and its consequences seems only to enhance the music of Hurston’s prose: “A lean moon rode the lake on a silver boat”; Missie May is a woman “wrung dry of sobs.” Joe says very little, but scorn is etched in the ridges and grooves around his jaw. Billingslea, who shuffles around in workpants, is as glacial and elegant as the imaginary moon.

That taciturn performance was one of many high points during opening weekend, when the cast of Spunk regaled audiences at Bruns Amphitheater with a richly textured version of the African-American experience. From the moment that guitarist Anthony Michael Peterson (aka Tru) emerged to lead all of us in an informal overture, audience members were invited to participate. The play became a primer on ethnomusicology as well as a piece of entertainment. “I come from a tradition where we use call-and-response to bless our selves, bless each other, and bless our ancestors,” Tru told the audience on Sunday, before asking them to clap a beat that would replicate the sound of a train. Then Troupe entered, singing the first line of composer Chic Street Man’s opening number in a warm vibrato. How do you git to the git? she asked, using one of Hurston’s neologisms for “Eden” — it sounds like an abbreviated way of saying “get to the gate.”

You could look at the stories of Spunk in a purely Biblical framework — they all have a moral component or someone getting expelled from Paradise, after all — or you could view them from the somewhat distanced, anthropological stance that Hurston took. (By most accounts, she considered herself a folklorist first, then a writer.) But that might seem a little jarring to a modern audience. There’s actually no need for Tru to coddle us with platitudes about the oral tradition, which are the only thing that really detract from the play. Otherwise, it’s fantastic. &#8;