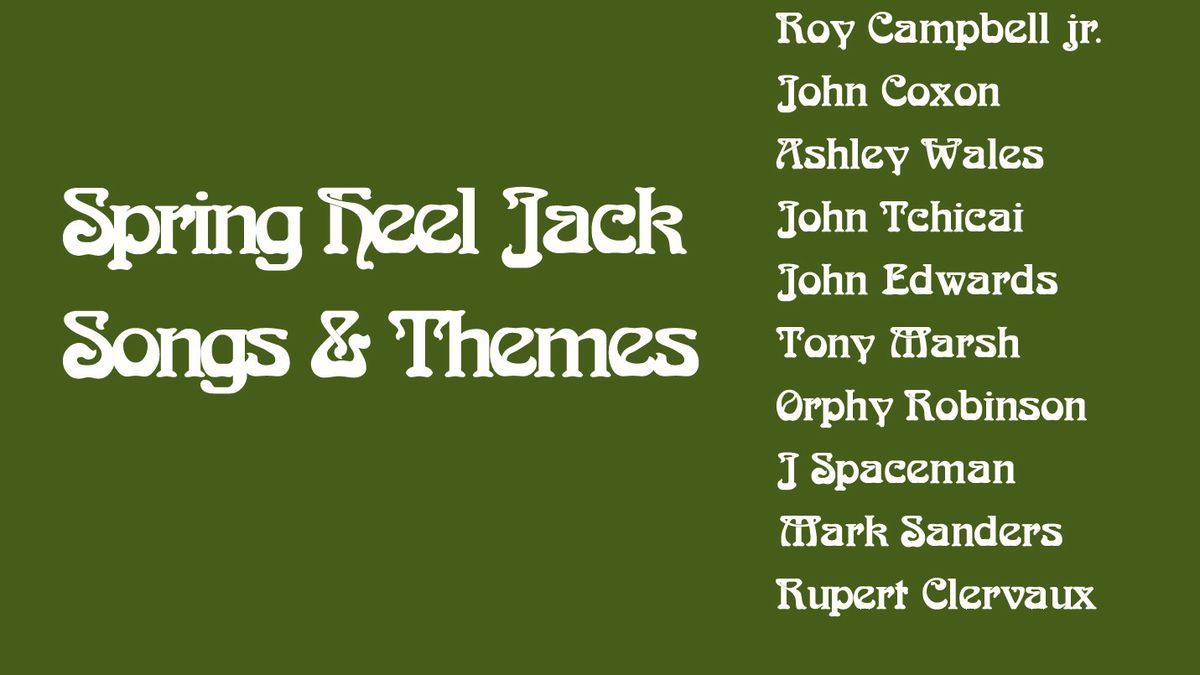 With electronica, as with nearly anything else, yesterday’s edgy innovators are today’s standard-bearers, or worse, has-beens. Years after their 1993 emergence, UK drum ‘n’ bass/jungle mavens Spring Heel Jack, the duo of John Coxon (guitars, violin, percussion) and Ashley Wales (samples), have been mining a very different vein. SHJ has regularly collaborated with musicians from the UK, US, and European avant-garde/free-jazz scenes. Songs and Themes finds them mixing it up with trumpeter Roy Campbell, saxophonist John Tchicai (a Bay Area resident who’s played with music’s greatest Johns: Coltrane, Lennon, and Stevens), and guitarist J. Spaceman (aka Jason Pierce from Spacemen 3 and Spiritualized). Results range from the pensive, somewhat soothing free-form “With Out Words”; the restless “Interstellar Overdrive”-era Pink Floyd-like “Folk Player”; and the volatile, fuzz- and feedback-laden freak-out of “A 1,000 Yards.”

As with much free improvisation, rhythm and melody (in the “typical” sense) are de-emphasized in favor of sonic textures and group interaction. All participants’ approaches are subtle, measured, and sparing, like several abstract artists painting on the same canvas. Songs and Themes may be the most challenging chill-out sounds you’ll ever hear. (Thirsty Ear)