The Lexicon of Sustainability aims to empower communities by enriching their agricultural vocabularies through informational artworks. 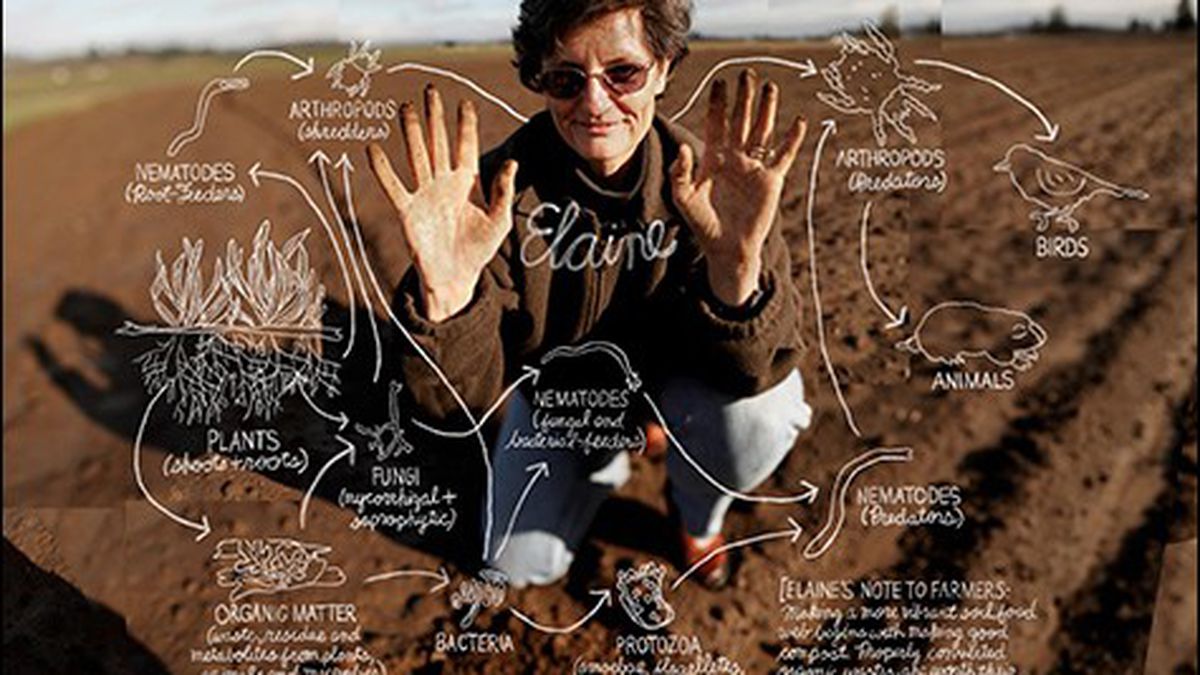 Douglas Gayeton and his wife, Laura Howard Gayeton, have spent the last five years focused on sustainability, largely because they believe the concept has become empty. “It’s a word that actually is meaningless. It’s a term that’s been completely appropriated and hijacked,” Gayeton said at the opening for The Lexicon of Sustainability: Information Artworks by Douglas Gayeton at the David Brower Center (2150 Allston Way, Berkeley). The show aims to take what has become a marketing buzzword and artistically restore it with value and meaning, returning it to the agricultural linguistic toolshed in which it belongs. The Gayetons also hope to open that toolshed up to viewers, offering them a farmer’s vocabulary with which to positively shape their local food systems.

In order to reach this goal, Gayeton compiled a collaborative visual dictionary of sustainable farming jargon: “Biodiversity,” “CSA,” “Permaculture,” etc. He traveled across the country, photographing leaders in sustainable innovation and asking them to define terms relating to their farming practices. Gayeton, who is largely known for his filmmaking, captured their image hundreds of times and then collaged the images into one to create a rich photographic narrative. He then wrote the term, definition, and story of the subject onto the collage, leading the viewer to a contextualized understanding of the term. The entire show contains more than two hundred images, and each unfolds into a universe of its own.

Gayeton’s argument is that consumers buy food products because they are “cage-free” or “pasture-raised,” but they rarely have an understanding of what such terms actually mean. He feels that our food system is in dire need of a shift toward localization and environmentally responsible farming practices, and that the way to make that change is by informing people’s vocabularies. “I don’t think of this as a photography project, I think of this as an empowerment project, using language to empower people,” said Gayeton.

His photographs are just one aspect of The Lexicon of Sustainability, a massive, multi-platform project directed by Gayeton and his wife. Overall, the artistic practice is more about the dialogue than the dictionary. On the website (LexiconofSustainability.org), people are invited to curate pop-up shows in their communities in order to inspire conversation. In addition, Project Localize is an aspect that teaches teenagers how to map their local food systems and create their own information artworks. Beginning in May, the project organizers will also begin what they are calling the “Lexicon Food Year,” during which one section of a guide on how to rebuild local food systems will be released every week on their website for free.

The image that opens the show is of a man named Running Squirrel, a Cherokee forager from Washington state whose definition of “sustainability” includes this guideline: “When foraging, always leave something behind for whoever comes next.” It seems that it is this notion of community and generosity that Gayeton hopes to foster most through his works, by amplifying each subject’s voice and, in turn, offering every viewer a voice with which to join the conversation.